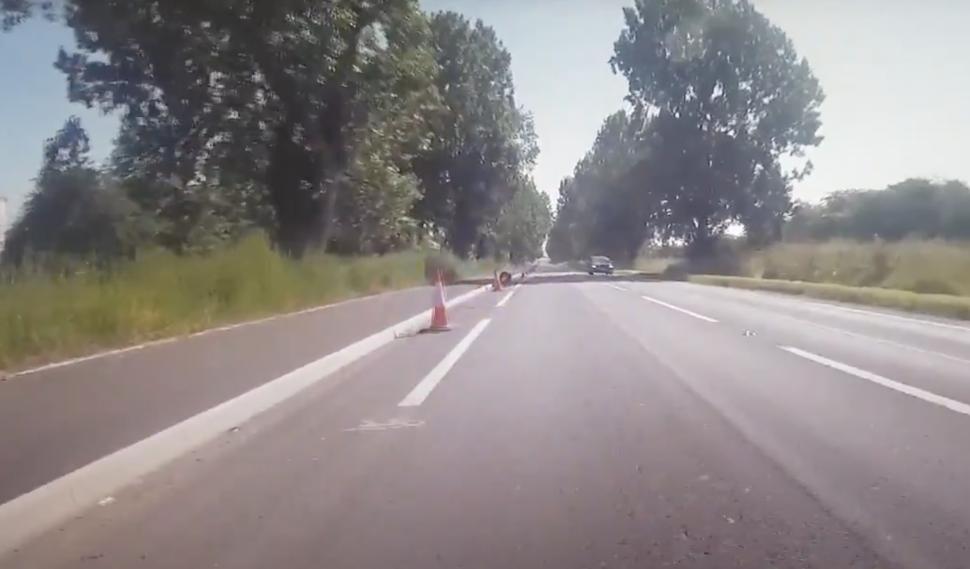 Cyclist reports four close passes to police... and is told he could be prosecuted

A cyclist was passed dangerously by motorists four times on one stretch of road but was told he could be prosecuted when he reported the offences to police because he cycled on a shared use path.

Alan Robertson was riding along the A5117 which, ironically, had roadworks on it because it was having the shared use path installed.

Mr Robertson experienced four close passes on the road (which had a 30mph limit) in relatively quick succession and subsequently reported the incidents to Cheshire Police.

30mph limit. Close pass at speed into oncoming traffic. Driver will get an advice letter only. @Suzie_AS @Pinarello_Pete @roadcc pic.twitter.com/38yU2r3iry

Mr Robertson received three emails back from the Constabulary, the first stating that one driver would face no action.

The second said that the other three motorists would get an advisory letter.

And the final email seemed to accuse the cyclist of breaking the law himself.

Was threaten with prosecution for this though- take wrong turn, do uturn, join new shared path, it ends abruptly, move slowly into coned area on road, see pram so move outside cone into live traffic lane to pass before pulling into Elton. Utter bullshit from this force imo. https://t.co/q2b71E6vAJ pic.twitter.com/bj0hm3X8Xv

The officer, who works in the Road and Crime Unit, said: "Please bear in mind that all offences seen committed could be dealt with and a court if on viewing footage of a car driver committing offences and other offences are viewed could ask if they were also dealt with.

"On reviewing the footage at the end it can be seen that you cycle up the pavement via a pedestrian crossing traffic light controlled junction and then further along re-enter the correct side of the road through a coned off area (I’m afraid that it doesn’t look great when we’re trying to hold a motorist to account and a lot of this is about perception, if I’m holding one party to account I should also be others)."

Mr Robertson responded and explained his confusion and anger at the lack of any stronger action being taken against the drivers, and the implication that he could be prosecuted.

He said: "These vehicles were passing me into oncoming traffic,clearly without giving anything near sufficient space, and I'm sure your experience will tell you that they were all way in excess of the 30mph limit, even if you're not able to put a precise number on it.

"This was a long straight road in good conditions and there simply is no excuse for not being able to plan a safe pass here. Surely."

He continued: "I also take exception to your suggestion of wrongdoing on my part and I don't think my decision to enter an open section of the new shared pathway is in any way relevant at all.

"The reason I moved back into the carriageway was the path was shut and I saw a woman with a pram heading towards me. I'd suggest I actually displayed a degree of caution and consideration that perhaps you might in fact like to recognise instead of suggesting I was somehow at fault."