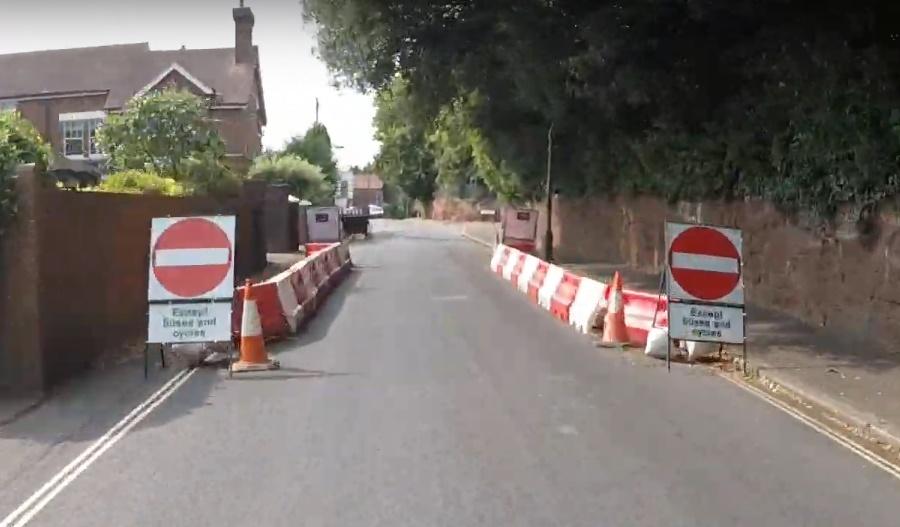 Fourteen motorists who drove down one of Exeter's 'pop-up' cycleways have been sent a notice of intended prosecution. Cyclist Caspar Hughes submitted reports to police after watching the road for just 35 minutes.

Devon Live reports that Wonford Road has been closed to all vehicles except buses and bicycles as part of Exeter’s emergency active travel changes.

Despite obvious signage, many motorists are ignoring this. On Tuesday morning, Hughes went down to see how many.

14 vehicles illegally drove through Wonford Rd No Entry in 35mins this morning (0811-0846) It's no wonder that some parents & children still cycling on the pavement instead of the road.

I'll spend the next few hours sending them all to @OpSnapDCpolice. @stuarthughescc

"I first went down there about six weeks ago and saw lots of cars buzzing through despite the one-way sign and I spoke to Operation Snap then, but they said the scheme needed time to bed in – which I understand.

"This time there were parents still having to cycle on the pavements with their kids to avoid the traffic coming through, which is ridiculous.

"I know buses are allowed through, but private vehicles aren't and it is not safe for people to walk or cycle on that road when cars are still coming through. At that time of the morning, kids need to be able to get to school safely."

He reported the drivers to police via Operation Snap and the force has sent notices of intended prosecution to all 14.

Looks like all 14 drivers I reported to yesterday for driving through the No Entry on Wonford Rd are going to receive a Notice of Intended Prosecution.

Chief Inspector Steve Lenney, Head of Roads Policing, said: “We know that members of the public can get frustrated when they see drivers getting away with offences that can place them and other road users at risk.

“Operation Snap is a great initiative allowing members of the public to share video footage with us of offences they’ve captured on dash and cycle cams for the consideration of prosecution.”