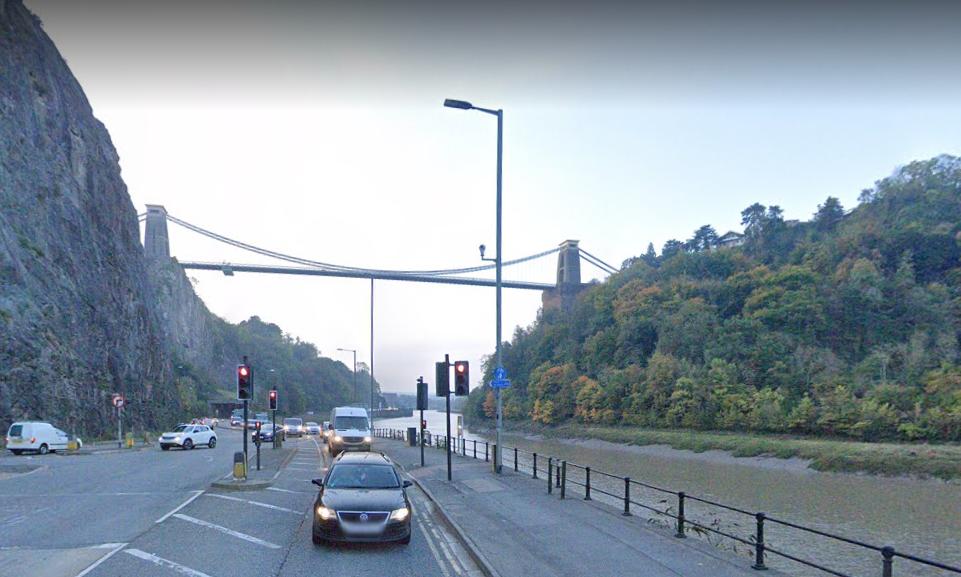 Police in Bristol are hunting for a cyclist who pushed another bike rider over some railings and onto the embankment of the River Avon, close to the Clifton Suspension Bridge, last week.

The assault happened at around 4.40pm last Friday 26 February, on the Portway near the Bridge Valley Road traffic lights.

Avon & Somerset Police say that the victim, a man aged in his 20s, sustained minor injuries when the other cyclist pushed him over the railings.

They said that the suspect did not offer any help to the victim, and departed the scene shortly afterwards.

The victim managed to get back up to the pathway, and approached a member of the public for assistance.

The suspect is described as a white male in his late 20s, of skinny build and around 5ft 10ins in height, with a light brown beard and hair.

He was said to be wearing clear glasses, a black beanie hat, black Levi’s jeans, and grey work boots with a green stripe.

He was riding a light grey road bike with drop handlebars, and one of the pedals broken in half.

Officers say that they would like to trace the member of the public whom the victim approached, and to hear from anyone who may have seen the incident or hash dashcam footage.