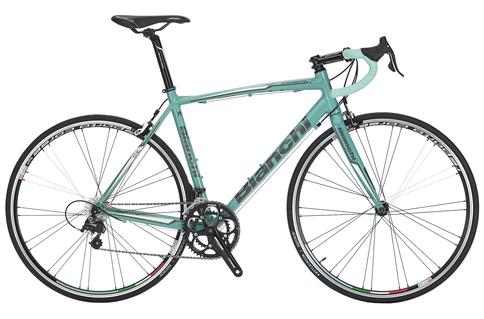 A cyclist who was left with a permanent brain injury when the front forks on his Bianchi bike snapped as he took part in the Velothon Wales sportive in June 2015 is seeking £1 million in damages from the Italian bike manufacturer.

Donald O’Driscoll, aged 55 and from Cardiff, was thrown into a ditch when both forks on his Via Nirone 7 bike “fractured in half” as he rode at 20mph, reports The Mirror.

He sustained head injuries, a fractured shoulder and ribs and lung damage after hitting a wooden post, the High Court in London heard.

Mr O’Driscoll spent 18 days in hospital and returned to work as a nuclear engineer with EDF Energy in October 2015.

According to his lawyers, the incident has left him suffering from chronic pain as well as a “subtle closed brain injury” and post-traumatic stress disorder (PTSD).

Bianchi is not contesting liability but is disputing the amount of damages being claimed, according to the newspaper.

He had bought his £800 bike a year earlier through EDF Energy’s cycle to work scheme, and had it serviced in November 2014, after which he kept it in his garage before starting to use it again in March 2015.

A fortnight before Velothon Wales, he had a limited service performed on the bike, including the tyres being changed.

Adam Korn, the barrister representing Mr O’Driscoll, said in a document lodged with the court: “It had been serviced regularly by reputable bicycle mechanics, there was no misuse of the product or damage to it before the accident.”

No trial date has yet been fixed for the case, which has already set a legal precedent after Mr O’Driscoll’s solicitor, Thomas Jervis of Leigh Day, last month secured the first ‘COVID-19 direction’ relating to a civil case.

The Law Society Gazette reports that the direction, granted by the High Court, replaces existing civil procedure rules regarding time extensions, and had been sought because of the likely disruption to the courts as a result of the coronavirus pandemic.

Mr Jervis said: “I decided to ask the court for such a direction in light of the fact that there is a very complex and full case management timetable in place in the lead-up to trial over the coming year.

“There are 14 experts across the case, and it is highly conceivable that the COVID-19 pandemic might cause delays to the case management process.

“The courts have not been equipped with an updated practice direction from the Ministry of Justice as to how their case management powers might be used to navigate cases through these times.

“I therefore decided to call this the ‘COVID-19 Direction’ and it is hoped that it will help other litigants and the courts during these uncertain times.”

He added: “This is an important decision that is likely to be used as a precedent in the civil courts across the UK.”