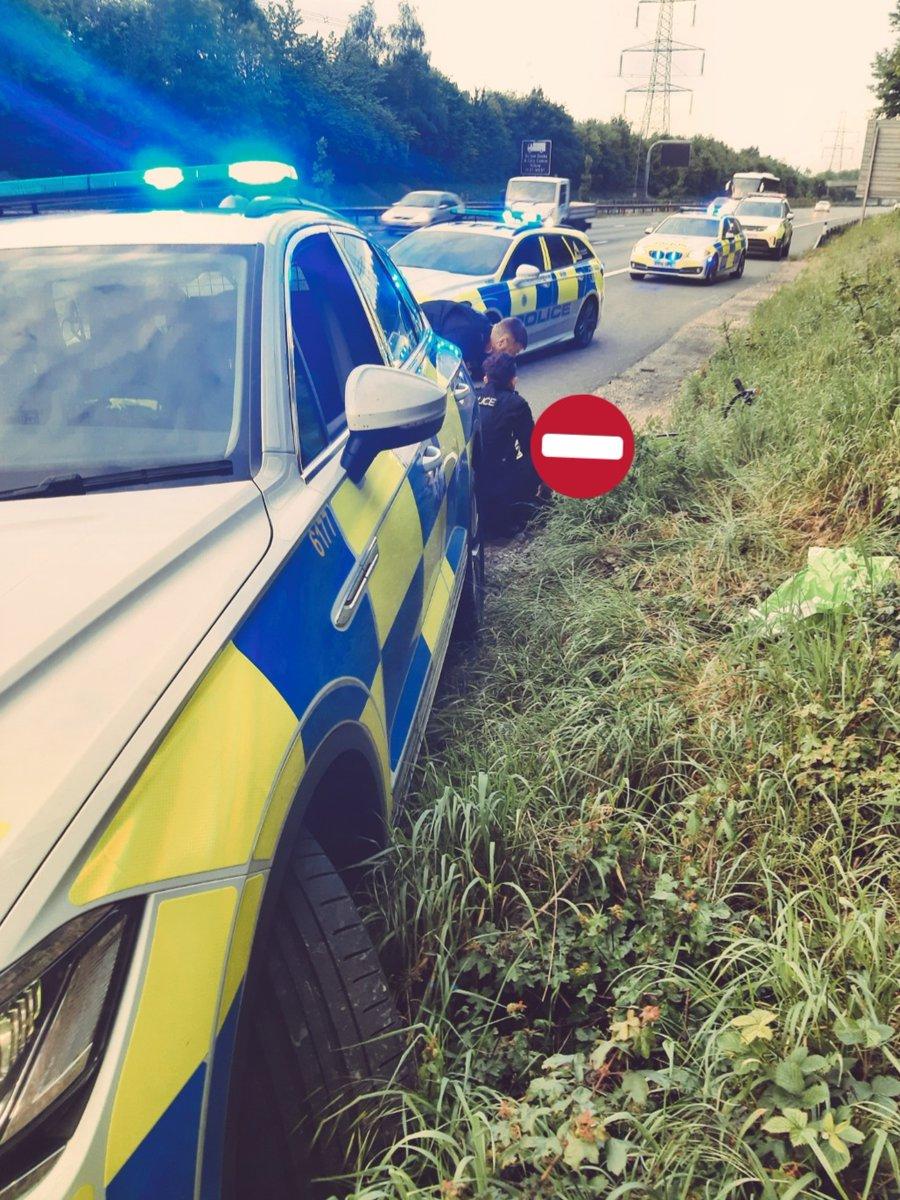 A​ cyclist has been arrested after police forced him off the M3 motorway in Hampshire, with the rider moving into the outside lane of the motorway after an initial attempt by officers to get him to pull over.

Hampshire Constabulary’s road policing unit said on Twitter that they were alerted to the presence of the rider at 0510 this morning.

The cyclist was reportedly riding in the centre lane of the motorway at junction 13, the exit for Eastleigh and Chandler’s Ford.

However, when police tried to get the cyclist to pull over, the rider moved into the outside lane and officers subsequently forced him onto the grass verge.

A photo tweeted by the road policing unit’s account shows four police vehicles at the scene.

Officers said that the cyclist was arrested “for causing danger to road users and suspected possession of a class A substance.”

Rider has been arrested for causing danger to road users and suspected possession of a class A substance. #25356 #27526

Cyclists are among the classes of road user banned from motorways under Rule 253 of the Highway Code.

However, here on road.cc we have reported on a number of cases in which a cyclist has ended up on a motorway, often due to a sat-nav error or because of ignorance of the law, despite signage at entry points saying that bicycles are banned.

Just last month, we wrote of how police in Hertfordshire stopped a cyclist who was riding on the M25 London orbital motorway – only to discover the same man riding on the M1 around an hour later.