We're halfway through the week and Dan Alexander is here for all your live blog needs... 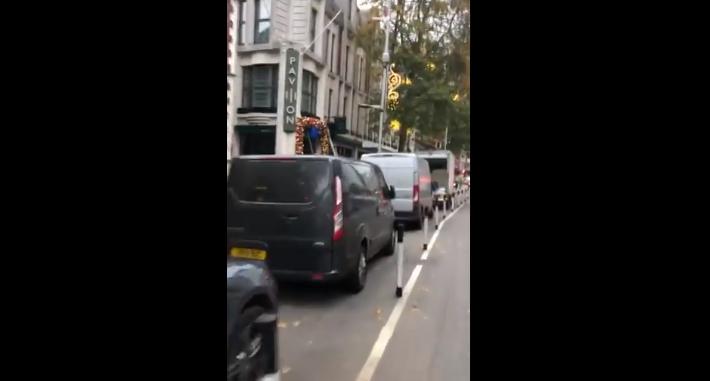 It’s a matter of time before Kensington High Street in @RBKC will transport more people by bicycle than by motor vehicle! Footage from today. @betterstreetskc pic.twitter.com/aTVBzpbl9H

When its not being blocked by vehicles (see further down the page) the temporary cycle lane on High Street Kensington looks like it has made cycling in the area largely more pleasant recently. Unfortunately though, there's a chance the road won't be transporting more cyclists than motorists any time soon, after the decision to remove the lane when Lockdown 2 ends was strongly suggested earlier today by the local Conservative MP Tony Devenish (details of which are also further down the page). Cycling UK has expressed disappointment at today's Spending Review after cycling and walking projects saw their budget cut by 15%. Cycling UK’s head of campaigns, Duncan Dollimore said: "The Government’s ‘Gear Change’ document released in the summer set out a bold vison for cycling and walking in England, but neither that nor the promised ‘Green Revolution’ can be delivered without substantially increasing investment.

“The £257 million set aside for active travel next year is less than 1% of the £27.4 billion roads budget the Government remains stubbornly wedded to. Reducing next year’s funding by around £45 million makes the delivery of the Government’s own targets to increase levels of cycling and walking almost impossible, without the radical shift in transport spending priorities required to decarbonise transport.

“The Government’s vision and stated ambition for active travel are impressive, but this spending review takes us backwards when it comes to delivery.” 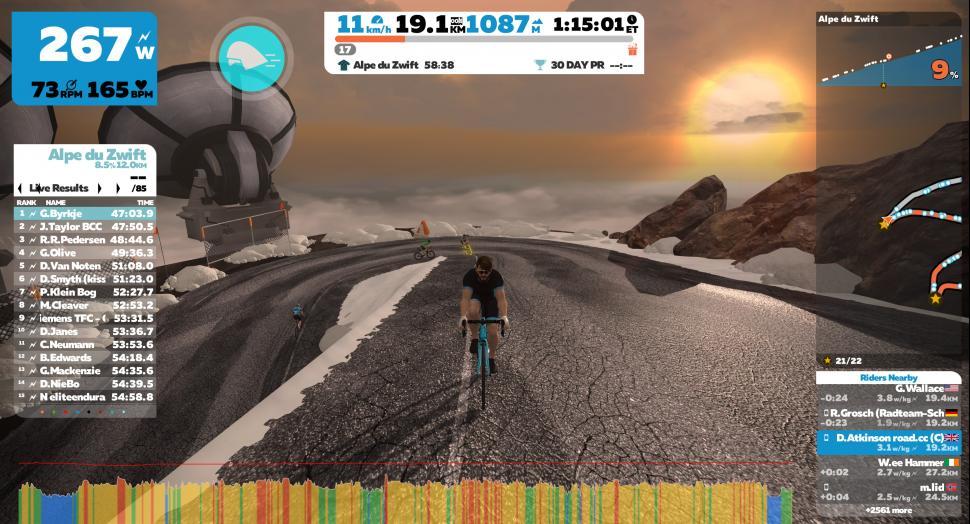 Aiming to become the first person to complete the climbing challenge on consecutive days (14 of them no less), Ross Duncan now claims he is the new world record holder for the most consecutive Everests, and also for the most elevation gain on Zwift in a week... 62,441 metres, which he says is almost 1.5x the elevation of an average Tour de France route.

In total Duncan virtually climbed 124,817 meters over the two weeks, burning 95,000 calories and covering 3,031km on his Tacx Neo 2T. He added: "Sleep-wise the minimum I was getting was 3hrs, most probably 5hrs [per night]."

Duncan was raising funds for the Children's Hospices Across Scotland and the My Name'5 Doddie Foundation - if you want to send a donation his way in appreciation of this monumental effort, the Virgin Money Giving page can be found here. 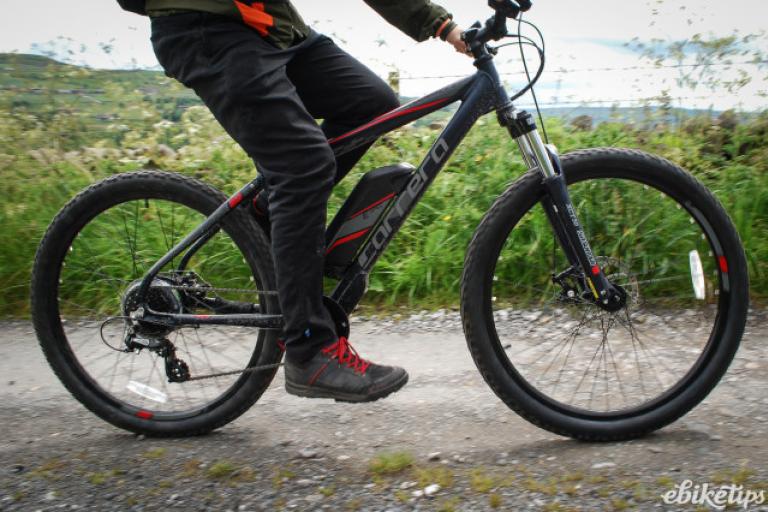 “My experience of an e-bike showed me how they make cycling accessible to many more people than regular cycles,” says Southampton Itchen MP Royston Smith
29
25 November 2020, 11:51
Kensington cycle lane blocked by parked vehicles... as Tory MP says it's "not an appropriate location for a cycle lane"

I wonder if Nigel Havers went for his morning stroll down 'gridlocked' Kensington High Street this morning... It looked pretty empty from these videos, except for the line of vehicles parked in the cycle lane.

These scenes come on the same morning Conservative MPs Tony Devenish and Felicity Buchan released a statement saying the temporary cycle lane had 'failed in its objectives' and that they would 'advocate for its removal'.

The statement read: "Now that Phase 1 of the cycle lane is in place and has had a fair chance to operate, it is apparent to most people who use the High Street to travel, whether on a bike or other form of transport, that Kensington High Street is not an appropriate location for a cycle lane, either for cyclists or all other road users."

Hiked up pic de Carroi from home. Considering starting a petition for it to be paved although perhaps wait until I have retired 🙈 5km average 16% and no idea how steep the final ramp is pic.twitter.com/2IzT5q79HD

Anyone for a Vuelta summit finish up here? Topping out at 2,222m, Pic de Carroi in Andorra is 7km at an average of 14% with a max gradient of 34%. For context Angliru's maximum gradient is 24%, while Muro di Sormano from Il Lombardia peaks just north of 25%.

Pro rider Nathan Haas replied to Martin's tweet saying: "I’ve done it on my gravel bike. I can attest to it being the stage for the most insane final on cycling history." The Aussie admitted even he had to walk stretches of the punishing ascent.

The climb's max gradient is 34%, according to climbbybike and the profile below, which would make it by far the steepest climb in pro cycling and a ridiculous test, even for the pros. The final 5km average a calf shredding 15.5%... 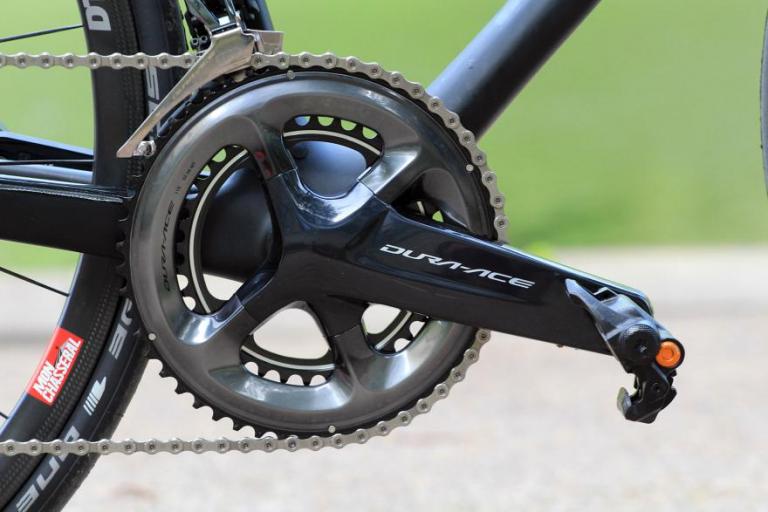 We take a look at what features could be included on the next iteration of Shimano's Dura-Ace groupset. Will we get everything that is on our wishlist?
43
25 November 2020, 14:44
Rochelle Gilmore has close encounter with Australia's most venomous snake

I just showed a local guy this video & he put his hand out to shake mine.... I shook his hand as he said ‘congratulations... you’ve just had an encounter with Australia’s most deadly snake!’ #EasternBrown

Rather you than us Rochelle. At least this didn't happen...

what would you do at this moment? pic.twitter.com/Jwx8FdjJv4

“My experience of an e-bike showed me how they make cycling accessible to many more people than regular cycles,” says Southampton Itchen MP Royston Smith
29
25 November 2020, 12:22
Taking a cab not as covid-safe as cycling shocker

A London black cab advert exaggerated how effective the vehicles were in reducing the spread of Covid-19, a watchdog has found. According to the BBC, the radio advert misled listeners saying: "Sat on the back seat, they're over two metres from me. And with contactless payments, it's even safer. I'm a black cab customer and I'm confident I'm safe."

The Advertising Standards Authority (ASA) ruled the message was "misleading" and "exaggerated the extent to which features of a London black cab would reduce the spread of Covid-19."

The London Taxi Drivers Association (LTDA) had said that black cabs were one of the safer modes of transport during the pandemic "particularly when compared to some other forms of public transport - with the partition, plenty of space and contactless payment."

🙌🏻 put your hands up if you’re happy to see @FabioJakobsen back on the bike💪🏻🤩 https://t.co/2f7zwvYios

This is so far the best news of the month! So happy to see this guy back on the bike! https://t.co/sbzut6w8My 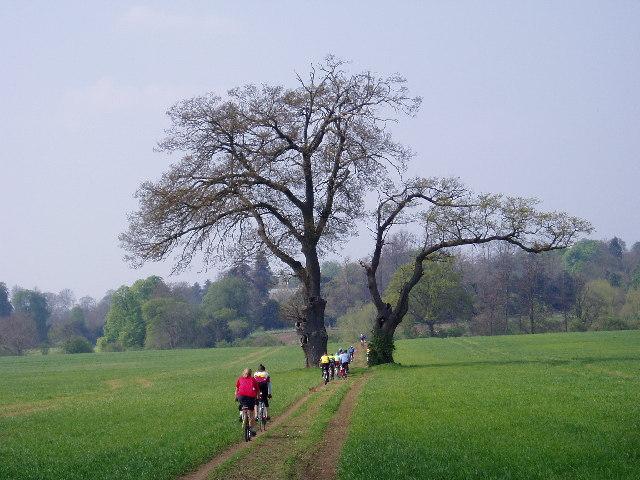 Cycling UK has urged councils not to forget about rural communities when planning new cycling infrastructure. Their online tool, 'Missing Links', allows the public to identify missing links such as footpaths suitable for cycling, disused railway lines or other routes that could be made accessible to cyclists to help make active travel safer travel in rural areas.

Cycling UK's off-road campaigns officer, Sophie Gordon, said: "The surge in cycling has largely focussed on towns and cities, with rural opportunities frequently being overlooked. Many rural traffic-free routes don’t join up, requiring riding on stretches of busy road. Having to cycle with fast moving traffic can be intimidating, especially for those who are less confident or new to cycling.

“But there is so much we could do to change this. From upgrading existing rights of way, rejuvenating disused railway lines or introducing traffic calming on some rural lanes, it is possible to create networks of traffic-free trails which everyone can enjoy and use." 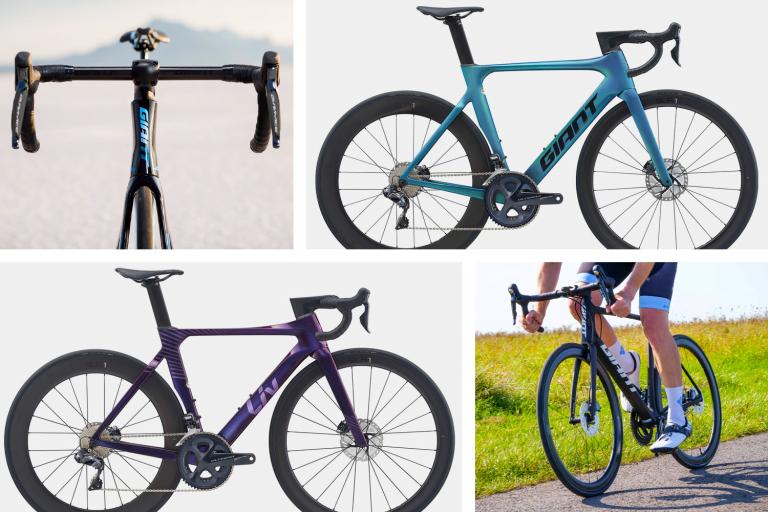 2021 Giant road bikes - explore the complete range with our guide

Everything you need to know to decide on the best Giant or Liv for you
18
25 November 2020, 09:43
The most ridiculous bike you've ever seen? On the fifth day God created... a super strange yet alluring custom Bike Friday folder with SRAM eTap, a 55-tooth chainring and Stages power meter. We can't decide if this is genius or a crime against cycling. In the words of the creator it is: "Actually my most ridden bike. I also have a Giant Propel, Kona Jake, and TT bike at home, but they aren’t as fun."

Posted on a Reddit thread under the name e_pilot, the bike packs away into a 33" suitcase and has even collected a few KOMs. Its owner and creator Tom, a pilot from California, explained the work that's been done on the bike: "It’s been a slow moving process over the summer.

"It was a real fixer upper when I got it, it had beat up paint, some surface rust, and an absolutely ancient 8-speed 105 group. Near as I can tell judging from the group it had when I got it, the frame is about 30 years old.

"I originally rebuilt it with a 1x r7000/GRX mishmash group which was pretty good, but i ended up riding it so much while I travel for work I wanted to make it better, I just put the full 2x eTap group on it this month. It’ll have the carbon Red crank soon I’m still waiting for it to be delivered.

"I’ve dumped 1500w sprint efforts into it (yes it has a Stages power meter) and it handles it with ease. The small wheels actually accelerate really fast. It has a 55/42 chainring and 9-32 cassette, that gives it about the same range as a 50/34 and 11-34 on a normal sized bike. I’m looking forward to things getting back to normal post COVID so I can show up to some random crits and group rides around the country with it." 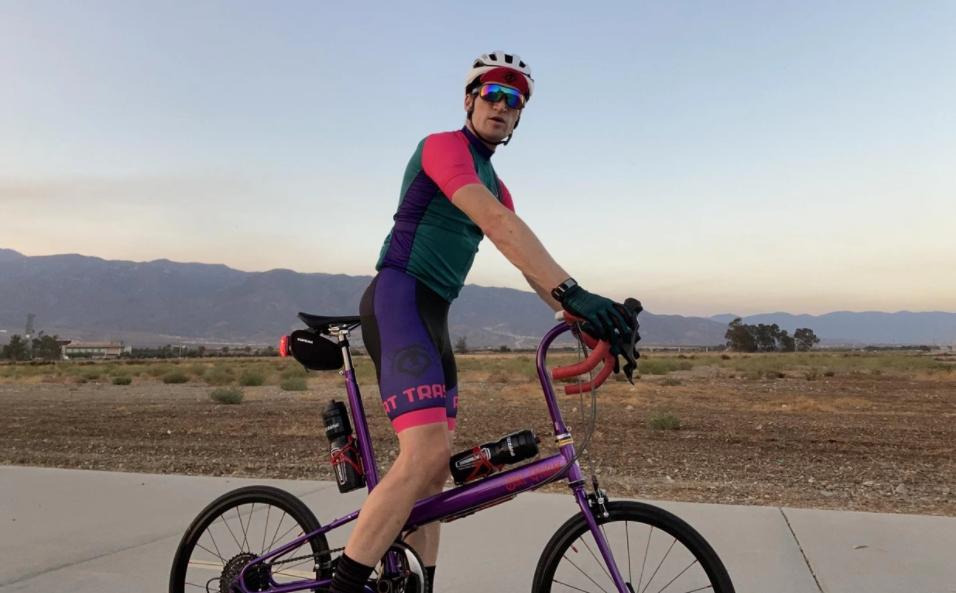 Bike Friday make some of the fanciest folders and collapsible bikes out there, all hand made in the USA since 1992 - check out the range here.

Hope this brightens your Tuesday like it did ours!

Thanks for sharing Matt and Jett, see the full video ⬇️https://t.co/NTxnuxWfsn pic.twitter.com/88g5L5XP0w

What hope is there? This @MPSRoyal_Parks van uses the mandatory cycle lane to avoid the motor queue. Demonstrating to other drivers that solid lines no longer mean what you thought they meant.

We are grateful for the morning ticketing of parked cars but this is very poor. pic.twitter.com/mZA6ophGuh

The phrase 'do as we say, not as we do' comes to mind with this one. Cyclists in Regent's Park found their progress halted by a van using the cycle lane. Worse still a Royal Parks Police van. Michael, who shared the picture on Twitter, wrote: "What hope is there? This Royal Parks Police van uses the mandatory cycle lane to avoid the motor queue. Demonstrating to other drivers that solid lines no longer mean what you thought they meant. We are grateful for the morning ticketing of parked cars but this is very poor."

The Royal Parks Police Twitter account responded: "Thank you for bringing this to our attention. This will be looked into by a supervising officer. We are all accountable for our driving."

In October the same police force were criticised for 'targeting' cyclists in Regent's Park.