One more day and you can all head off into the weekend... Dan Alexander is bringing you home with Friday's live blog... 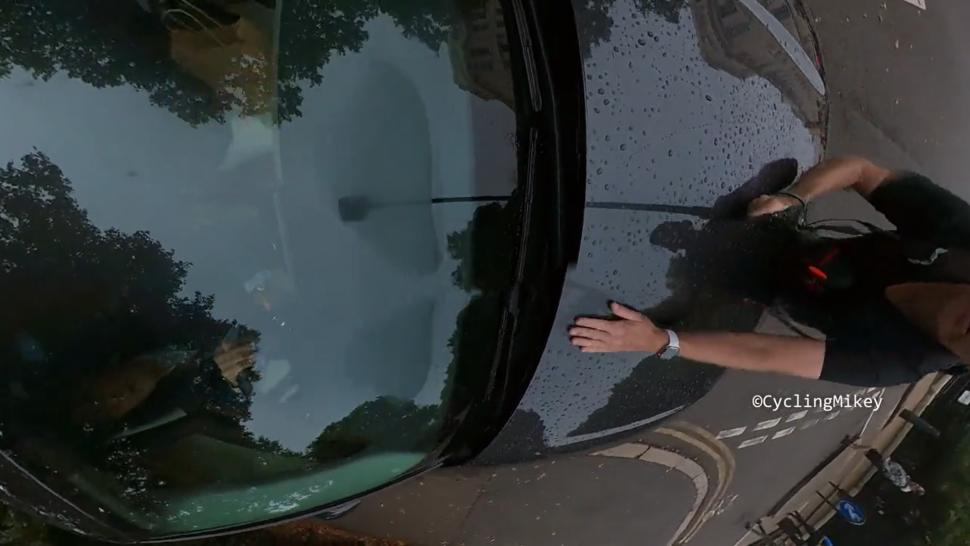 The Italians got their revenge on Great Britain, Filippo Ganna and Jonathan Milan racing into the individual pursuit final, as Dan Bigham will have to settle for a bronze medal showdown against Portugal's Manuel Alves...

In the men's individual pursuit, @DanBiggles22 qualifies third with an impressive time of 4:05.181, putting him through to the bronze medal ride against Portuguese Ivo Manuel Alves Oliveira🥉

Will he make it two medals in two days? 👀#SQY202 pic.twitter.com/HoIDiGapqQ

Well, after five minutes of trying to shoehorn a groupset name pun into a 90s classic I've given up... there was something in it, I'm convinced. Any help from the comments would be gratefully received as my brain has reduced to mush...

Well, that's one way to get up a hill faster, right @BarberoCbc? 😂 pic.twitter.com/78COWOoGSo

You know you have a mainstream cycling culture when this is how helmets and hi-viz are used around young children.👷‍♀️👷

By contrast, here in the UK it must be the annual 'nights are drawing in day' as Roads Policing Scotland have dropped a classic of the genre...

Here we go again, @polscotrpu in full on victim blaming mode, even though they know that this stuff doesn't work!

What they should be doing is focusing on the source of the danger and enforcing speed limits which are proven to reduce KSIs... Stop the victim blaming Bullsh*t!! https://t.co/8brkot5PHg 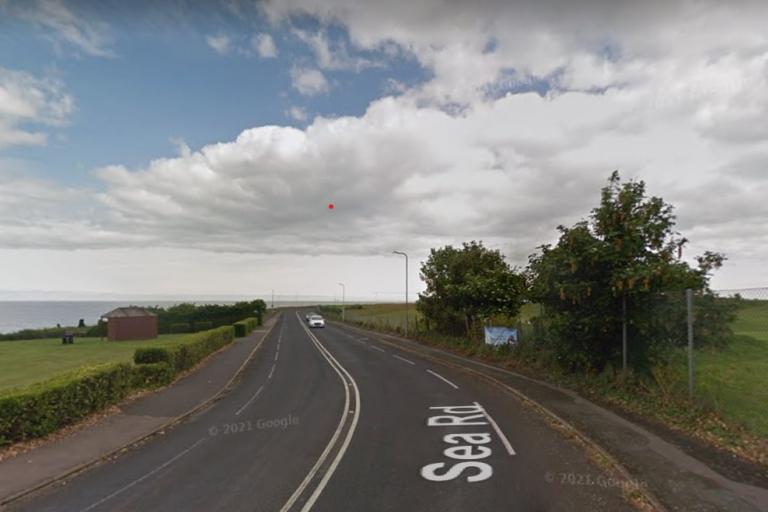 Keith Patrick says driver, whom he believes had been drinking, also deliberately doored him after close pass
5
14 October 2022, 11:51
"Cycling needs funding, yes, but surely this doesn’t have to be the answer…" 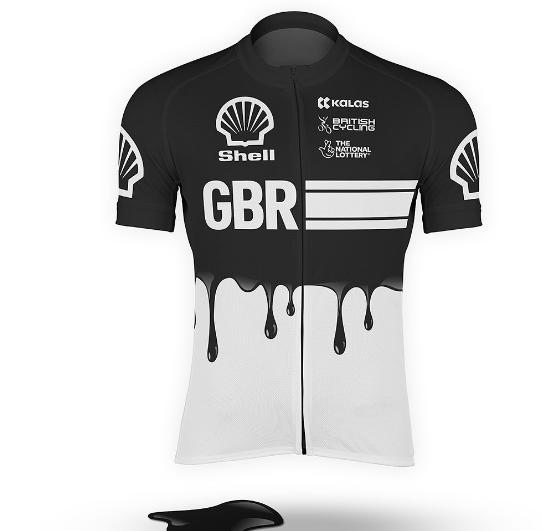 "Cycling needs funding, yes, but surely this doesn't have to be the answer…" he wrote. 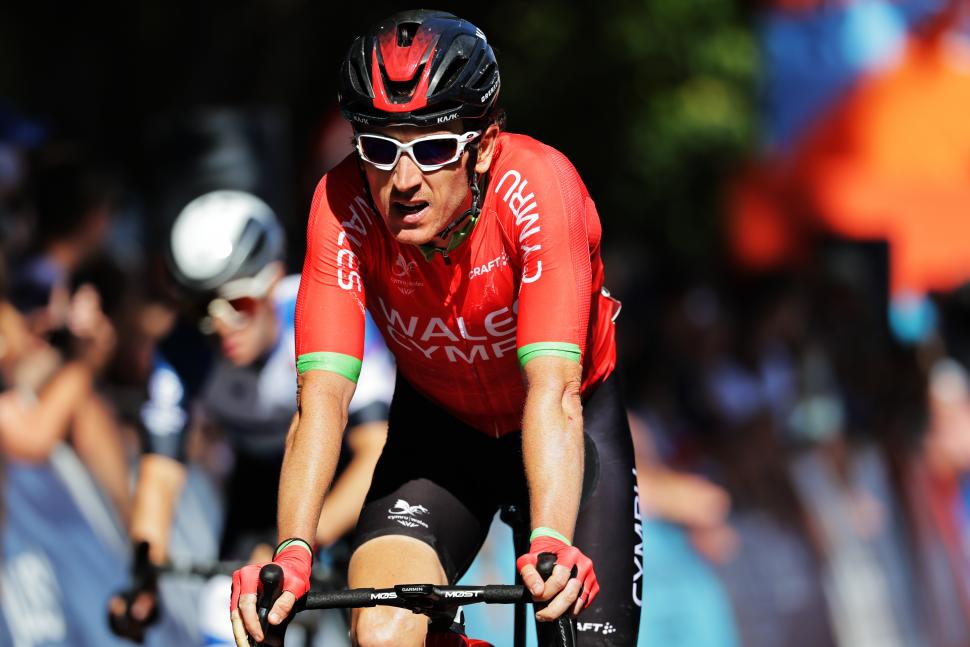 Plans to bulldoze Maindy velodrome — the outdoor Cardiff venue where Geraint Thomas first got into the sport — will be "a detriment to cycling", according to the 2018 Tour de France winner's former coach.

If development work goes ahead, Maindy Park would disappear under concrete as part of an expansion of the neighbouring school, Cathays High, while the velodrome would be relocated to the International Sports Village five miles away.

"The new facility is going to be extremely limited," Alan Davies, who received an MBE for services to youth cycling in Wales, told Wales Online.

"The level of banking that is proposed I don't think will be safe to ride anything other than the fixed wheel bikes. If you want to grow the sport you have to get kids interested at an early age.

"At no point have people been presented with options or choices. That causes me a disquiet because you're no longer delivering a facility that the community want, you're delivering what will fit."

Meanwhile, Davies' greatest talent — the Ineos Grenadiers rider — says he is undecided on if he will ride the Tour de France again, saying he has nothing left to prove and wants to "make the most of" what's left of his career.

"I don't even know if I will do the Tour to be honest, maybe the Giro. It's all up in the air, really. I wouldn't mind doing something different."

14 October 2022, 10:38
"Anyone who watches this and blames CyclingMikey needs their head testing": Jeremy Vine has his say

Anyone who watches this and blames @MikeyCycling needs their head testing (and their driving licence fed through a large shredder). Feel the ❤️, Mikey, from people who actually obey the law. https://t.co/RWAffYSlud

If you missed yesterday's news, the agent of Sir Ian McKellen (and several other big-name actors) was cleared of assaulting CyclingMikey over an incident at Regent's Park's infamous Gandalf Corner in September 2021.

Dubbed Gandalf Corner due to Mikey's 'you shall not pass' interventions to motorists ignoring the keep left sign to cut the corner, and beat the traffic, on the wrong side of the road, since seeing the footage some have somewhat strangely come to the conclusion the road safety campaigner might have jumped onto the bonnet deliberately...

To give the lie to all this "jumped on his bonnet" rubbish, here's a top down view. He's pushing me back, he drives into me several times, eventually I have to hold on to save myself from going under his car. I never go forwards to his car. pic.twitter.com/CH3WEL22Ql

Regardless, a jury at Southwark Crown Court acquitted the theatrical agent of dangerous driving and common assault...

Some of your early comments have started to roll in...

OldRidgeback suggested it's irrelevant if Mikey jumped on the bonnet or not, the driving was still dangerous... "Mr Lyon-Maris shouldn't be allowed to drive. Whether CyclingMikey did or did not jump on the bonnet, the driver is not safe to be on the road."

Rendel Harris agreed: "Precisely. In all these semantic debates as to whether CyclingMikey (CM) jumped on the car or was forced to pull himself on or whatever, people are overlooking (quite deliberately, in the case of the usual suspects) the fact that Lyon-Maris was illegally and dangerously driving the wrong side of the traffic island when he was stopped.

"Virtually every other driver whom CM has stopped there has, after grumbling, accepted that they were in the wrong and reversed back to join the traffic queue to take the turn legally. Lyon-Maris deliberately drove his car at a person on foot because he didn't like being told to obey the law, that's the bottom line. Doesn't matter whether you think CM is a total prick and shouldn't do what he does, the driver was breaking the law and when someone attempted to stop him doing so he drove his car at them. These are the facts of the case."

ChasP compared someone climbing onto the bonnet to avoid being run over to "accusing someone of bullying for hitting your fist with their face".

espressodan added: "The fact that it was a jury verdict says everything there is to say about the influence of cars on society and most drivers threshold for acceptable conduct on the road."

"It was a clean, solid ride," Bigham said of the gold medal-winning race. "All of us are on cloud nine. We really focused on executing good, clean rides and having that drilled into us. It's not about being here to win, it's about doing everything we can to perform to the best of our ability and getting maximum performance out of it."

In the women's race the British quartet, powered by a returning Katie Archibald, Neah Evans, Anna Morris and Josie Knight took silver, losing out to the Italians in the gold medal race.

Next up, it's the Women's Team Pursuit final!

What's the meaning of life? Is there life after death? These probably aren't the sort of questions Zwift expected to pop up when they put out the call for fan input for an interview with Cav...

Your chance to ask @markcavendish one question! What would it be? 👇 pic.twitter.com/kZWEPNLRA1

Is death the end?

If I open a can of Evaporated Milk, why is it still in there..?#AskCav