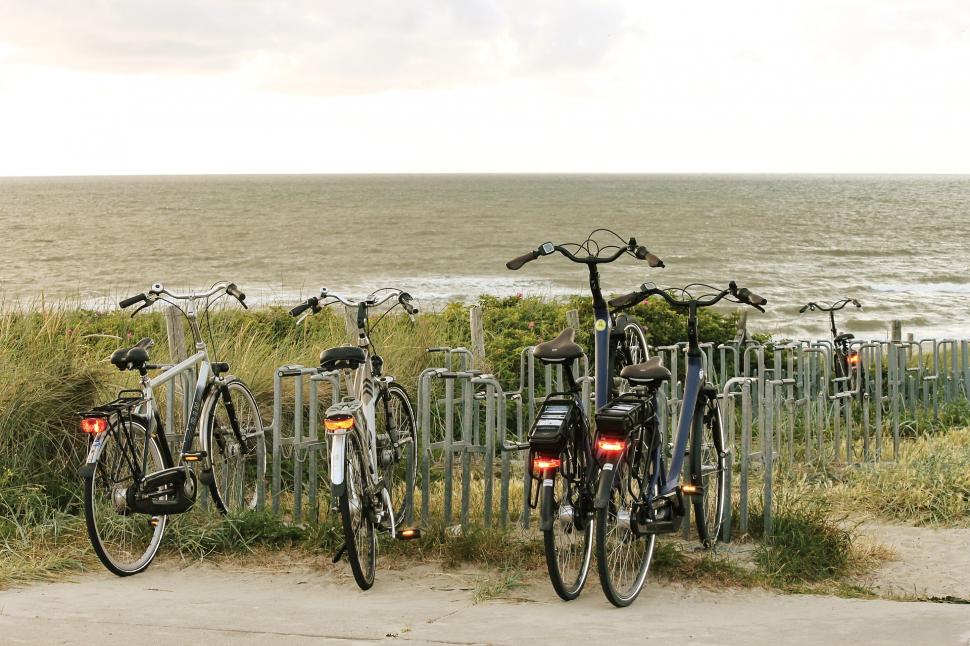 Residents accused the council of being a 'dictatorship'.....
by Will Bolton

A parish council was forced to call in police officers to oversee the installation of a new bike rack amid fears protesters could disrupt the work.

Residents have branded the police presence in Ripe on Monday as ‘ludicrous’ - but the council insist the approach was necessary following threats - and an earlier attempt to install the posts which had to be aborted.

The posts have been put up to ‘support cycling and provide a safe space where bikes can be secured’, Chalvington with Ripe Parish Council said.

But incredibly, the innocuous project has proven hugely controversial, with some villagers vehemently opposed to the scheme, the Sussex Express reports.

Richard Austin, who has lived in the village for around 23 years, said residents did not want the bike racks to be installed.

He accused Chalvington and Ripe Parish Council of being a ‘dictatorship’ which was not listening to local people.

The parish council said it anticipated problems at this week’s installation after an earlier attempt to put the posts up had to be aborted.

In a statement, the council said: “The police were in attendance during the installation of the bike posts.

“They were requested as threats were received to disrupt the planned installation. These threats were made at the parish council meeting held on 19th July 2021.

“The proceedings had to be suspended at one point when the clerk and several councillors were intimidated, abused and threatened.

“The installation had already been disrupted by anti-cyclists on June 1. The contractors arrived to find vehicles parked in the off-road area where the bicycle posts were to be located.

“The owners refused to move them. The parish council now faces a claim from the contractors for ‘lost time’. The contractors returned and with a police presence were able to carry out the work on July 26.

“The view of the parish council remains that, following a community-wide consultation process, a lawful decision was made to spend part of the Community Infrastructure Fund grant on the bike post project.

“Ripe and Chalvington Parish Council are committed to improving the local environment. They support cycling and want to provide a safe space where bicycles can be secured.

“It is regrettable that a few residents disagree with this decision. However the threats and abuse from a few residents ignore the majority view of the parish. Further projects are at a design stage and will be implemented once agreed by the parish council.”