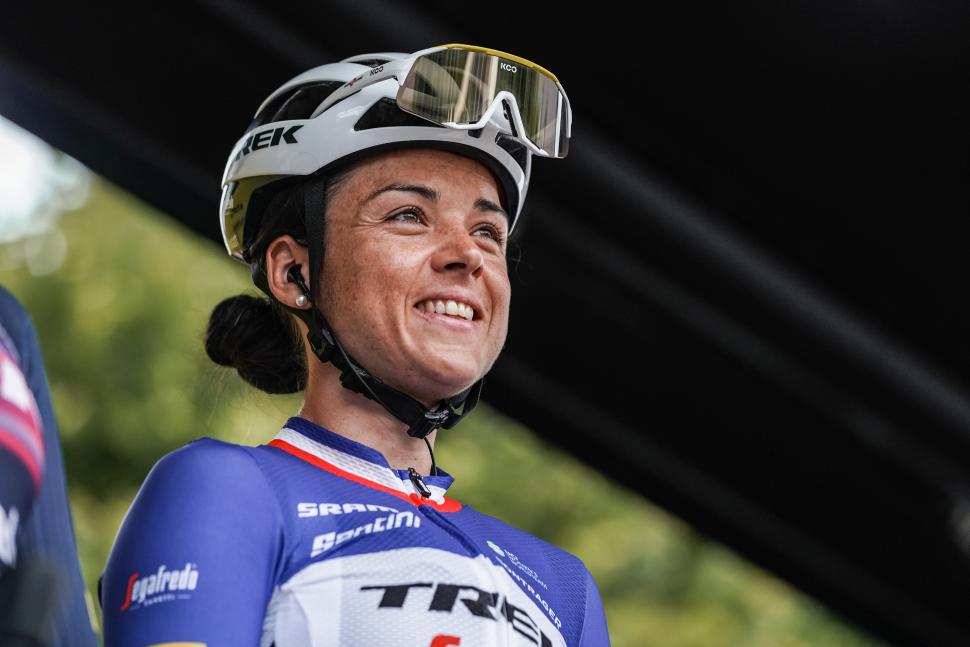 “I have a career to finish”: Audrey Cordon-Ragot looks to the future, a month after suffering stroke on eve of world championships

“It’s weird to say but it’s a bit like when you fall off a bike, the first thing you look at is your bike. I wondered if I was going to be able to get back on it”
by Ryan Mallon

French road race and time trial champion Audrey Cordon-Ragot says she feels fine and is already looking ahead to the 2023 season, just over a month after suffering a stroke on the eve of the world championships in Australia.

In an interview with the Brittany-based newspaper Le Télégramme, Cordon-Ragot revealed that she is due to undergo surgery this Thursday to correct the cardiac issue that caused her stroke, after which the Trek-Segafredo rider said she “should be able to continue a normal life with cycling in it”.

Cordon-Ragot also noted that her biggest concern following her diagnosis was the future of her pro racing career – likening her fears to those of a rider worried about their bike in the aftermath of a crash – and that she is already planning her winter training and objectives for 2023, which include a crack at winning Paris-Roubaix.

In September, the 32-year-old – after dropping out of France’s elite women’s squad for the UCI road world championships in Wollongong – announced that she had suffered a stroke just a week after winning a stage and finishing second overall at the Simac Ladies Tour in the Netherlands.

Cordon-Ragot told Le Télégramme that she realised something wasn’t right as she prepared to travel to Australia.

“When I got up in the morning, I didn’t feel well. I was disoriented, bordering on faint,” she said.

“I felt like I was drunk. Atypical symptoms, vomiting, tinnitus, tingling in the limbs. I wasn’t sure what was happening to me, I just knew it wasn’t normal. I had never felt this. I asked [husband] Vincent to call an ambulance. I spent the day in the emergency room.”

Following advice from the French team’s medical staff, Cordon-Ragot underwent an MRI scan, which confirmed that she had suffered a stroke.

“It was a shock for me,” she says. “I stayed in hospital in Pontivy for a few days.

“I had just finished second in the Simac Ladies Tour. I didn’t have any symptoms. I was ready for the worlds and wanted to train well at home for one more week.

“There was no sign of a CVA [cerebrovascular accident] or even illness. The symptoms were also atypical. They were not the symptoms that we associate with a CVA. I was disoriented, vomiting and had sensations in my extremities. But I had a feeling it might be a CVA despite the symptoms not being those we know. My intuition was right.

“Every time I say CVA, I cry because it’s a word that makes me scared. It’s not what you want to hear. We know the consequences it can have, like paralysis. For Vincent it was shocking too because it reminded him of different family histories. It was hard telling my family what happened.”

While the 32-year-old was understandably shocked by the news, her thoughts quickly turned to her future in the sport.

“It’s weird to say but it’s a bit like when you fall off a bike, the first thing you look at is your bike. Me, I wondered if I was going to be able to get back on it.

“This is what has connected me to life. Since then, I have been given reassuring news on the subject. I never thought of ending my career. My relatives did not encourage me to do so. I have a career to finish.”

When asked if she feared the worst following the diagnosis, the six-time French time trial champion said: “Yes, of course, I was afraid to die. But when it happens to you, you know, it’s more your loved ones who are afraid that you might be gone. You do not realise, or you fail to realise, that your time on earth might be over. I know it, I’m a miracle. I got lucky in the end.

“Today I feel fine. It’s been a month now and I haven’t done exercise in that month. It was hard mentally and physically to not be able to.

“I will have surgery on the 20th and after that I should be able to continue a normal life with cycling in it. My family also know they can’t slow me down, even though they may be scared.

“I will have to start slowly but I expect to return to the peloton next year. I will start some physical activity in the sun and then we have the first team training camp in December.

“I won’t have the [necessary] level in December but I will build towards my first objective of the season and that is Paris-Roubaix.” 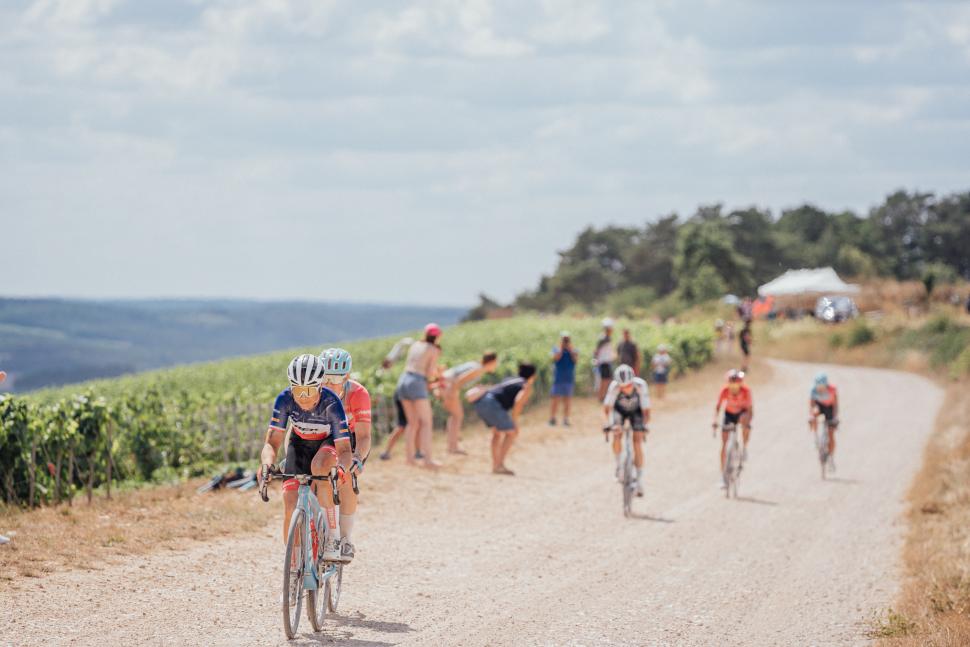 Cordon-Ragot racing across the gravel in the French national colours at the 2022 Tour de France Femmes (Zac Williams/SWpix.com)

In early August, she beat British rider Pfeiffer Georgi to win the Postnord Vårgårda WestSweden, before taking the time trial stage and finishing second overall behind Lorena Wiebes at the Simac Ladies Tour a week before her stroke.

While 2023 will represent something of a comeback for Cordon-Ragot following her stroke, it will also herald a new stage of her career as she prepares to leave Trek-Segafredo after four years at the American team.

Like Mark Cavendish, the French champion – and Breton – has been heavily linked with a move to the Brittany-based B&B Hotels setup, which is rumoured to be interested in forming a women’s squad for 2023.

“My new team will be announced soon but it won’t be a surprise that I want to return to my roots, to the place where my cycling all started, and that’s Brittany,” she said. “I want to return to a team where I can have a high level and focus on my performances 200 percent.”