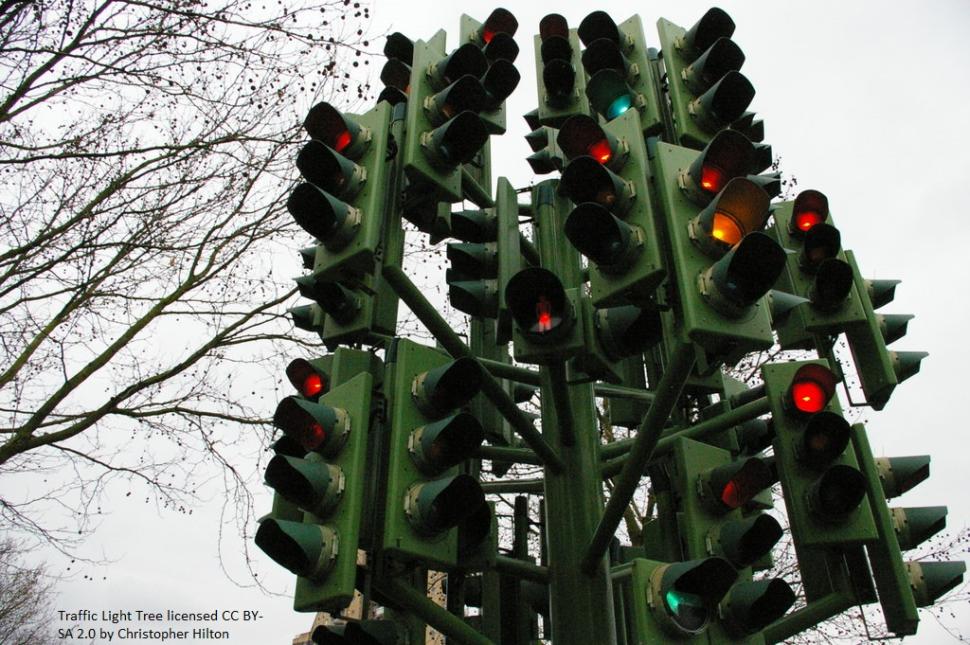 Legislators ​in Colorado have approved a bill which will allow cyclists to ride through red traffic lights, with the new law aimed at increasing the safety of people on bikes by reducing the number of interactions with motorists at junctions.

The Safety Stop Bill was this week passed by both houses of the state legislature and is now due to be signed into law by Democratic Party Governor Jared Polis, reports Jalopnik.com.

The law which besides cyclists applies to anyone using what is termed a “low-speed conveyance,” such as electric scooters, skateboards and wheelchairs.

The new legislation – already adopted by some cities within the state, including Aspen – means that cyclists and other road users within that definition can approach stop signs as though they were yield signs, and red lights as stop signs, with different rules applying depending on which it is.

At a stop sign, cyclists are required to “slow to a reasonable speed” and give way to any motor traffic or pedestrians at the junction before proceeding.

By contrast, on encountering a red traffic light, they have to stop at the junction and give way to any vehicles or pedestrians there before continuing on their way – even if the lights haven’t changed.

Bicycle Colorado, which has campaigned for the introduction of the new law, has highlighted that almost three in four reported road traffic collisions between a cyclist and a motorist – 72.2 per cent – happen at, or are related to, junctions.

The group's director of communications and policy Jack Todd said: “Intersections are by far the most dangerous places for cyclists, people walking, people using wheelchairs, and so this legislation would allow them to get out of the intersection faster and avoid that conflict.

It says that research shows that by reducing the number of potential interactions between drivers and cyclists at junctions, the Safety Stop Bill will in turn lead to a drop in the number of such collisions, not only because cyclists will spend less time waiting there, but also because their visibility will be increased.

During the bill’s passage through the state legislature, Representative Matt Gray said: “We wouldn't be doing this if it wasn't going to make people safer.

Representative Edie Hooton added: “We have inconsistent laws, from county to county, on how to treat intersections. What this bill does is it creates uniformity around the state on how a cyclist may proceed through an intersection.”

The concept of allowing cyclists and other vulnerable road users to be allowed to treat stop signs and red traffic lights differently to drivers is popularly known as the “Idaho Stop,” after the state that was the first to enact such a law, back in 1982, although it is only in the past five years that other states have begun to follow suit.

Arkansas, in 2019, and Oklahoma, last year have introduced similar legislation, while a more limited form of the law, which does not permit cyclists to treat red lights as a stop sign but does allow them to view a stop sign as a yield sign, was introduced in Delaware in 2017 and subsequently in Oregon, Washington state, Utah and North Dakota.