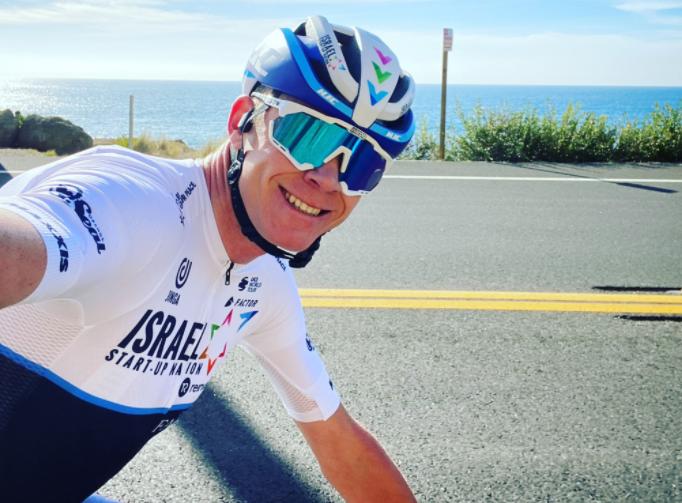 Chris Froome says that targeting a fifth Tour de France win with his new team Israel Start-Up Nation is “driving” his preparations for the new season.

The 35 year old, who won the race four times with Team Sky, has missed the past two editions after sustaining serious injuries at the Criterium du Dauphine in 2019.

Last year his former team – now Ineos Grenadiers – left him out of its Tour de France line-up, with Froome racing the Vuelta a Espana instead, finishing 98th overall.

Should he win a record-equalling fifth yellow jersey, he would become the second-oldest winner in the race’s history, after Firmin Lambot, who triumphed in 1922.

Froome, who turns 36 in May, said that winning the race “at my age and, coming back from injury, is driving me,” reports BBC Sport.

“The way nutrition has evolved, the way sport has evolved ... it's certainly possible for athletes to go later and later – I'd like to prove that.”

“I'm looking forward to racing Tadej and my old team-mates,” Froome said. “I think this year's parcours is fantastic – it's got a good balance between pretty exciting big mountain-top finishes and the two time trials. For me, on paper, it looks like a great race.

"Looking at the last four or five editions, this is one of the more balanced – recently we've seen it more and more towards the mountains, but to me this has always been a race you want to see the guys take time on time trials and the climbers claw back that time.

“And you hope to see someone more capable in both be the overall winner."

Froome is currently in California training for the season ahead while continuing his long recovery from injury, working on strengthening his legs.

He will hook up with his new team-mates after their current training camp in Mallorca, some of which he will participate in virtually.

In the meantime, the team released a video which shows him trying out a couple of Hebrew phrases, as well as enjoying some hummus, with the film also featuring Israeli rider Guy Sagiv.

“This is very much a long-term commitment for me,” Froome continued. “I have committed to the end of my career. I’m in to give everything I can to help the team in every way possible as well as improve myself and get back to the top.”

Asked if it would not have been easier to retire after his 2018 crash, he added: “That is not the way I wanted to end my cycling career. I have four Tour titles. I’m not done yet – I want number five.”