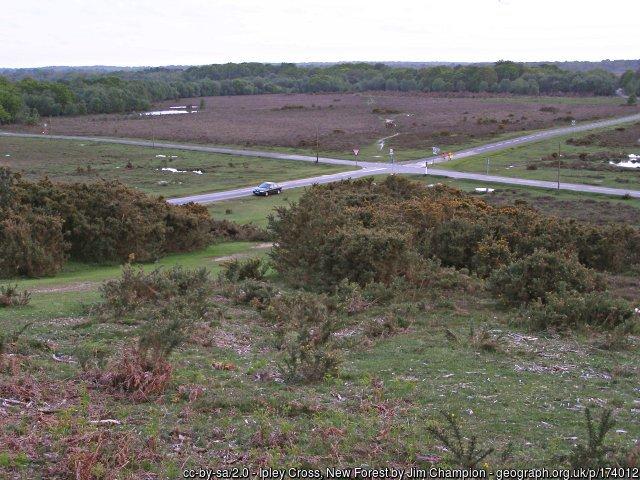 Safety changes are finally being made to a junction in the New Forest – five years after the death of a second cyclist there, and three years after it was branded one of the most dangerous junctions in the country for people on bikes.

Hampshire County Council says that works costing £457,000 to replace Ipley crossroads, between Lyndhurst and Dibden, with a staggered junction will take around six weeks to complete.

Within the past two decades, there have been more than 50 road traffic collisions at the junction, with two cyclists losing their lives there in recent years – Mark Brummell in 2012, and Kieran Dix in 2016.

Last year, Dave Bensley sustained serious head and leg injuries after he was hit by a driver while on a ride with fellow members of Southampton Cycling and Touring Club.

The New Forest National Park Authority (NFNPA) approved plans for the realignment of the junction in January.

In a report, it acknowledged that there are ‘Stop’ markings on the junction, but said: “The open nature of the crossroads has resulted in many drivers ignoring road safety at this junction and driving straight over the C63 Beaulieu Road without giving way.”

Hampshire County Council has now secured approval from the government to change the crossroads to a staggered junction.

It said: “The council is working closely the New Forest National Park Authority, Verderers, Natural England and Forestry England to make sure the scheme is carried out sensitively in this unique part of Hampshire.

“The council is in close contact with the nearby residents and local businesses to keep them fully informed, and this will continue during the construction phases.”

After Mr Bensley was injured last year, Southampton Cycling and Touring Club chairman, Paul Raysfield, said: “Dave was thrown about 30ft in the air and landed face down in a ditch full of water.

“We got him out and cleared his airway but could tell he had broken bones. When the paramedics arrived they pumped him full of morphine.

“That junction has a history of deaths and serious injuries,” he added.

He called for a staggered junction to be introduced at the location, saying that it would make it safer by making drivers stop.

He explained: “At the moment motorists think they can see everything – but sometimes they don't.”

In 2018, responding to a call from New Forest East MP Julian Lewis for cyclists to be required to have bells on their bikes,  Cycling UK’s head of campaigns, Duncan Dollimore, highlighted the two cyclists killed at the junction, which lies within the Conservative politician’s constituency.

He pointed out that Lewis had previously claimed in a Commons debate that cyclists were a danger to livestock despite no recorded instances over the previous 15 years of an animal being killed or injured in an incident involving a cyclist, but numerous incidents involving motorists.

“This time it's speeding cyclists without bells that concerns him, but not a word about speeding drivers or the evidence about what presents the greatest risk,” he said.

“If Mr Lewis is truly concerned about road safety in the New Forest he could focus his attention on the collision blackspot in his own constituency, the unsafe junction at Ipley Cross, where cyclists Kieran Dix and Mark Brummell have both lost their lives in recent years, with several other collisions reported to the police.”