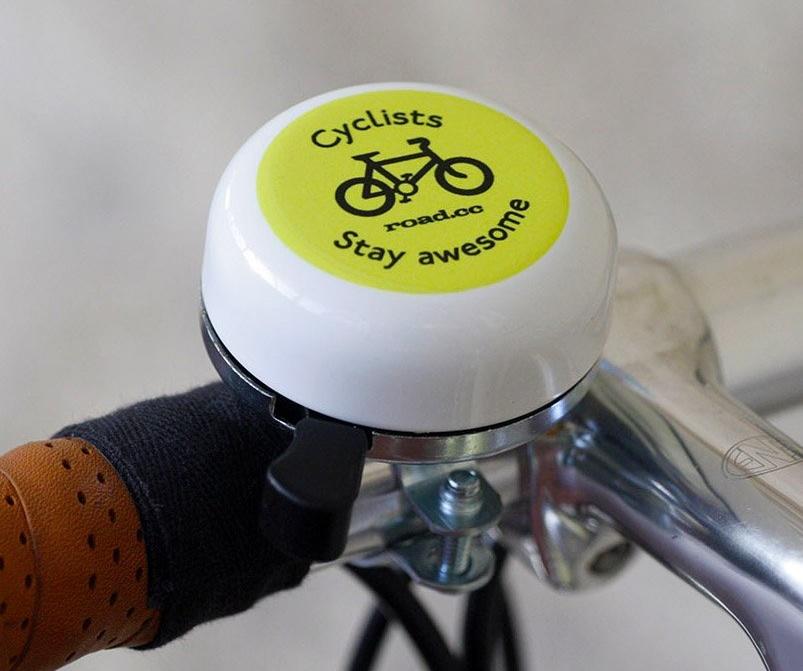 Julian Lewis says people should be able to go about their business “without fear of being mown down by silent rogue cyclists"...
by Alex Bowden

Conservative MP Julian Lewis says that cyclists are putting pedestrians at risk “because they can’t be bothered to fit a bell.” The New Forest East MP says all cyclists should be obliged to have one fitted. (The road.cc ‘stay awesome’ bell is a tenner, by the way.)

Speaking in the House of Commons yesterday, Lewis – who  in 2014 called for regulation of sportives and limits on numbers of participants – said: “Speeding cyclists on rural roads in the New Forest are putting residents and other pedestrians at risk, simply because they cannot be bothered to fit a bell on their bikes so that they can warn pedestrians of their approach.

“When I wrote to a Transport Minister about this issue 18 months ago, he replied: ‘Through rule 66 of the Highway Code we recommend that a bell is fitted to a bicycle and used as necessary. Under current regulations the cyclist is not compelled to keep the bell fitted after the bicycle has been purchased. We have no plans to make bells compulsory as this would be difficult to enforce.’”

Lewis described the reply as “insipid” and asked for a statement from the government so that his constituents could “go about their business without fear of being mown down by silent road cyclists?”

In 2011, Leadsom used the ten-minute rule to introduce a Dangerous and Reckless Cycling (Offences) Bill, which among other things called for the introduction of a new offence of causing death by dangerous cycling, with a proposed maximum penalty of 14 years’ imprisonment.

Part of the motivation for the bill was the case of 17-year-old Rhiannon Bennett, who died from head injuries following a collision with a cyclist in Buckingham in 2008.

The cyclist in that case was fined £2,200 after being convicted of dangerous cycling, although a police officer involved in the case told the BBC that officers believed the teenager was standing on the road, rather than the pavement, when the collision took place.

Responding to Lewis’s comments, Duncan Dollimore, Cycling UK’s head of campaigns, said: "Mr Lewis does seem rather selective with his road safety concerns. Back in 2014 he spoke out in a Westminster debate to warn about the danger cyclists presented to livestock in the New Forest, ignoring the evidence showing there had been no recorded instances of an animal killed or injured in an incident involving a cyclist in 15 years, but numerous incidents involving motor vehicles.

"This time it's speeding cyclists without bells that concerns him, but not a word about speeding drivers or the evidence about what presents the greatest risk.

"If Mr Lewis is truly concerned about road safety in the New Forest he could focus his attention on the collision blackspot in his own constituency, the unsafe junction at Ipley Cross, where cyclists Kieran Dix and Mark Brummell have both lost their lives in recent years, with several other collisions reported to the police."