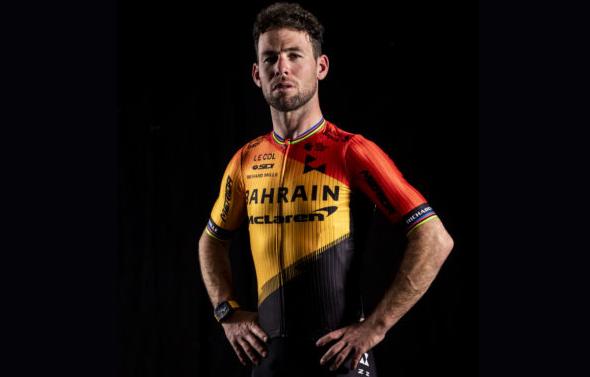 Mark Cavendish has said that he thought depression was “an excuse” – until he began to suffer from it himself. In a BBC podcast with celebrity fitness coach Joe Wicks, the Bahrain Merida sprinter, who is absent from this year’s Tour de France and remains four stage wins short of Eddy Merckx’s record of 34 victories said, “I’ve got nothing left to prove.”

In April this year, the 35-year-old told Matt Dickinson of The Times that he had been diagnosed with clinical depression in August 2018 as he struggled to overcome the effects of Epstein-Barr virus, and said that it had left him in a “dark” place.

In the BBC podcast, which you can listen to here, he told Wicks: “If you’d spoken to me three or four years ago, I have to be totally honest, I would have said depression is an excuse; you can snap out of it.

He said that one thing that had helped him cope with his depression was having positive people around him, such as his wife, Peta.

“The most important thing is having someone you can talk to,” Cavendish explained. “Even if you’re not talking about where you are, just having someone who you trust and makes you positive.

“You don’t have to talk about your problems. You just need to talk to somebody … A smile can change my whole mindset.”

A number of top professional cyclists have spoken of their own struggles with depression in recent years, including Cavendish’s fellow Manxman, two-time British road champion Peter Kennaugh, and his former sprint rival, Marcel Kittel, both of whom cited their mental health as among the reasons they ceased racing.

Regarding his diagnosis with Epstein-Barr virus, he said: “I had a massive year in 2016. I got silver in the Olympic Games [in the Omnium]; I was world champion on the track [in the Madison with Sir Bradley Wiggins]; I was silver at the [road] world championships [in Qatar]; I wore the yellow jersey in the Tour de France.

“Nobody had ever been world champion on the road and track at the same time … It took its toll the year after. The body just said ‘enough’. And I got sick.”

Explaining how Epstein-Barr virus had left him physically exhausted, he said: “It's glandular fever. I got it when I was a teenager … It goes dormant, but it never leaves your system.

“It's like a coward disease ... If you're mentally stressed, or physically tired, when you are at your lowest point that's when it comes back … It came back after that big 2016 … You have to sleep like 20 hours a day … The only way to get over it is rest.”

Cavendish, 2011 road world champion and winner of the points jersey at all three Grand Tours, currently has 30 Tour de France stage wins – the most any rider has ever achieved in road stages, and second only to Eddy Merckx once individual time trials are included.

In 2016, when he won four stages at the race, it only seemed a matter of time until he eclipsed Merckx’s all-time haul of 34 stage victories, but he has not added to his total since then.

The following year, he crashed out on Stage 4 after an incident that saw Peter Sagan disqualified from the race, and in 2018 he was still looking for his first stage win when he finished outside the time limit on Stage 11.

Last year, Dimension Data left him out of its line-up for the race, and he also missed out on selection by Bahrain-Merida for this year’s race, now in its final week.

Other topics covered in Cavendish’s conversation with Wicks include how his body has become so attuned to cycling, given it is his job, that he “couldn’t run a kilometre down the road,” although he also confessed that in his opinion he is “not that naturally gifted at cycling,” and “had to work out how to win and how to use tactics.”

He also revealed that he would rather have been a professional motorcycle racer but could not pursue that avenue as a teenager due to cost, that his youngest son Casper is “obsessed with bikes” and that he builds Lego models to relax, including on rest days.

“It’s quite a mundane task,” he said. “You just sit there and you do it … I think [it uses] the same part of your brain that’s used for meditation.”