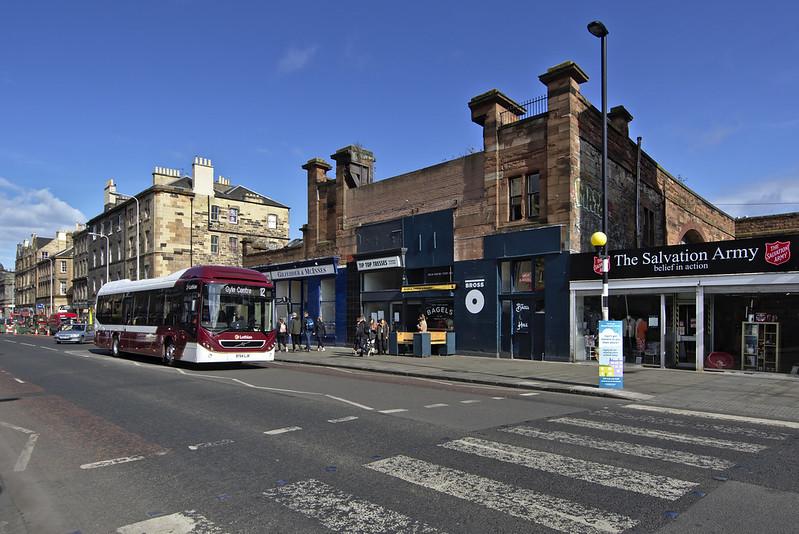 An Edinburgh bus driver who was sacked after he crashed into a cyclist, resulting in the rider needing hospital treatment has lost a claim for unfair dismissal.

Employment tribunal judge Amanda Jones ruled that Lothian Buses (the respondent) “had followed a fair procedure” in sacking Sam Beech (the claimant) following the incident, which happened on Leith Walk on 21 September 2019.

The tribunal heard that at around 20.34pm that evening, the cyclist “banged the outside wing mirror” as Beech was pulling out of a bus stop in his double decker bus. He had not seen the rider beforehand, and sounded his horn.

The cyclist was said to have “then pulled in front of the claimant’s bus, made obscene gestures and used foul language towards the claimant,” and “the bus being driven by the claimant then hit the cyclist who fell off his bike.”

Beech, employed by the company since 2008, and who had undertaken training including how to deal with vulnerable road users including cyclists, stayed in the vehicle for 9 minutes before disembarking and taking pictures of the rider’s bike before checking the cyclist’s condition.

He was suspended by Lothian Buses for suspected “careless/reckless driving” and following a disciplinary hearing on 27 September 2019 at which CCTV footage of the incident was reviewed was dismissed for gross misconduct.

After an initial unsuccessful appeal of the decision in October 2019, a further appeal two months concluded that “you should have seen this cyclist and reacted accordingly and that your failure to do this amounts to gross misconduct.”

Beech had been accompanied during the company’s disciplinary process by representatives of UNITE, the union he belonged to, but represented himself at last month’s employment tribunal, which was held remotely.

Judge Jones found that while the bus company’s “witnesses were credible and reliable in their evidence,” Beech’s “evidence was at times contradictory and unclear,” and that“on occasion [he] was evasive and did not answer questions asked in cross examination.”

She also highlighted inconsistencies in statements made to the company during its disciplinary process and evidence given to the tribunal, an example being that “he indicated [to his employers] that he thought the fault for the incident was 50/50” but told the tribunal that “the cyclist was 100 per cent to blame.”

The judge expressed concerns on Lothian Buses not following up Beech’s claim that the cyclist was drunk, and that “there was no attempt to contact the police or traffic officers who attended the incident.”

But she added that the company had considered the CCTV footage, and that while “all of the respondent’s witnesses made clear that they were of the view that the cyclist’s conduct had been entirely unacceptable …  they were all of the view that the claimant ought to have responded differently to that conduct by coming to a stop as soon as he was aware that there was a hazard on the road, rather than accelerating towards the hazard.”

Dismissing Beech’s claim, she concluded that the company’s investigation “had been within the band of reasonable responses,” that it had “reasonable grounds” to find that his behaviour equated to gross misconduct, and that “a fair process had been followed in relation to [his] dismissal and his appeals.”

According to the Edinburgh Evening News, Beech is now employed by First Bus.