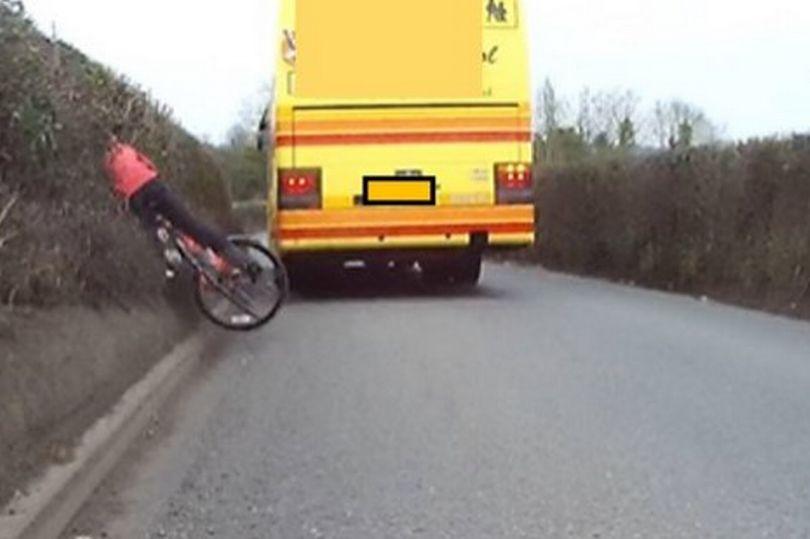 The bus driver, pictured in footage released by the police, overtaking a cyclist before pushing them into a hedge was fined £256 by the court, and given five penalty points. They will also have to pay £110 in costs and a £34 victim surcharge. 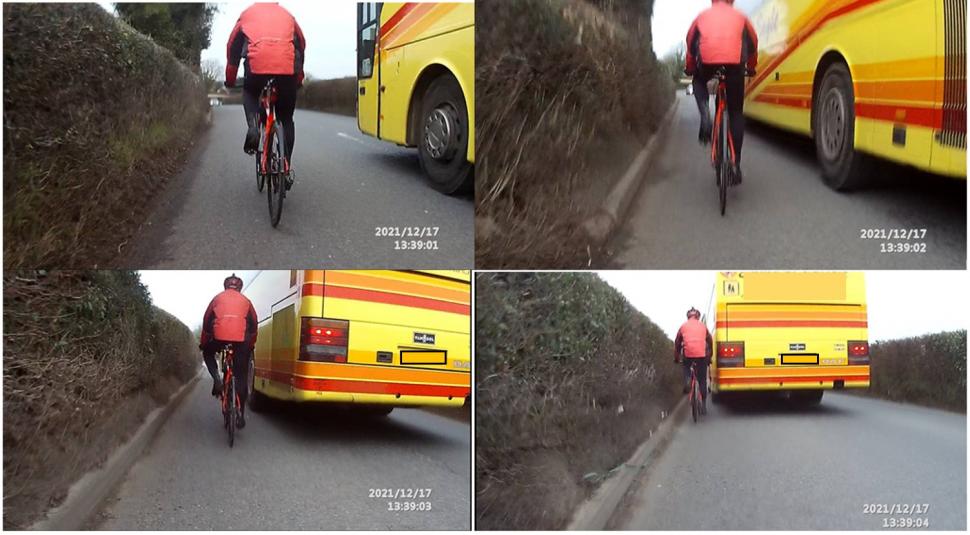 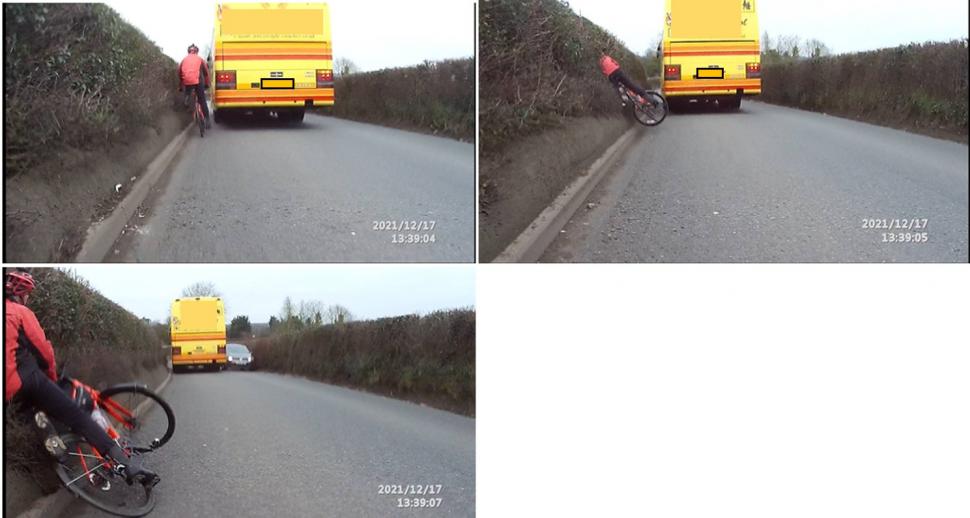 A following motorist captured the incident, which happened near Barrow Gurney, in Somerset, on December 17, on their dashcam and forwarded it to the police.

Driver pleaded guilty to Driving Without Due Care.

In March, helmet ​camera footage submitted to Northamptonshire Police under the force's Operation Snap helped secure the conviction of a motorist who drove towards a group of cyclists on a single-track country road without slowing down, causing one of them to come off her bike.

> Motorist fined after being caught on camera driving at group of cyclists, causing one to fall off bike (+ video)

The driver was fined £1,008 and ordered to pay £100 in costs and a £101 victim surcharge, and also had his driving licence endorsed with five penalty points. 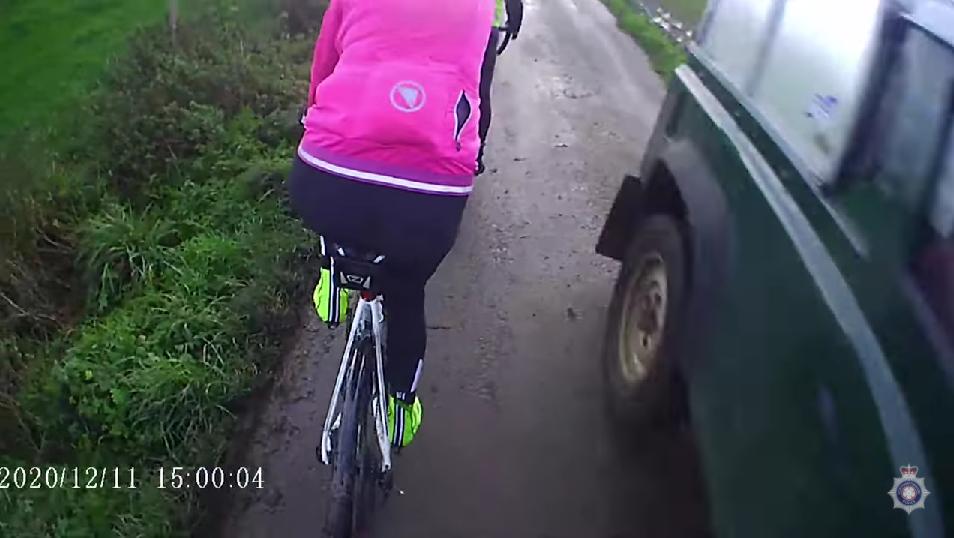 "The success of Operation Snap is down to the continued support from the public, who enable us to take action against driving offences we otherwise wouldn't see," PC Allsopp-Clarke added.

"Hopefully this case demonstrates that we take all instances of poor driving very seriously and we will prosecute offenders accordingly, which can only be a good thing to help keep our roads safer."

The Operation Snap portal enables members of the public to upload video evidence and complete a form that automatically generates a witness statement, with police staff then reviewing the footage to ensure it meets the scheme's remit and the vehicle's registration can be identified.