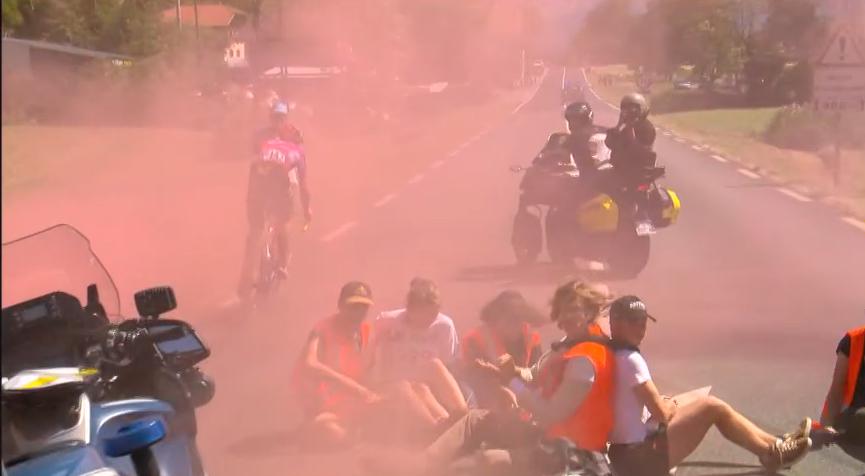 Proceedings on stage 10 of the Tour de France were briefly halted after climate protesters lit pyrotechnics and sat in the road with around 36km to the finish.

The race has been neutralised due to a protest on the road.

EF Education - EasyPost's Alberto Bettiol was seen weaving past the demonstration before being stopped by a race motorbike. The peloton, seven minutes back, were then halted shortly after.

Dernière Rénovation, who also protested at last month's French Open, uploaded a picture of the protest to its website saying the action was their own: "Non-violent disruption is our last chance to be heard and avoid the worst consequences of global warming."

Live on the scene, reporting for Eurosport and GCN's coverage of the race, Sir Bradley Wiggins said: "There's obviously been a demonstration, much like they had in the UK a couple of months ago with the imbeciles sat in the road.

"Two of them had a noose around their neck. I was watching, as the French are, people get quite angry at things like this, dragging them off the road.

"You can see Pascal Lino, ex-Tour de France yellow jersey, he threw one down in the ditch and another lady had her legs under the car.

"It was quite crazy. Whatever they're protesting about, it's probably nothing, we don't need that disrupting this bicycle race. A lot of people getting quite angry, some of the directeur sportifs got out the cars, stuck a boot in. It really was going off." 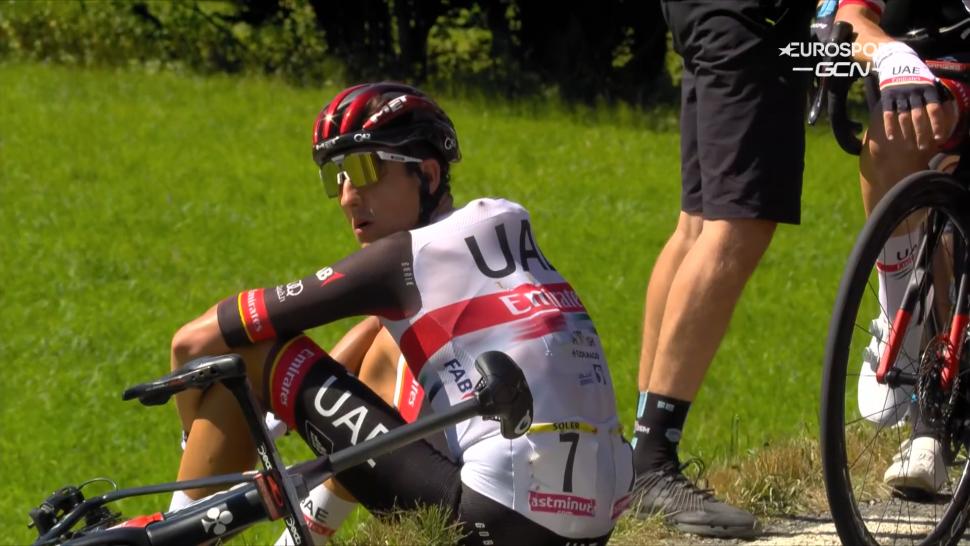 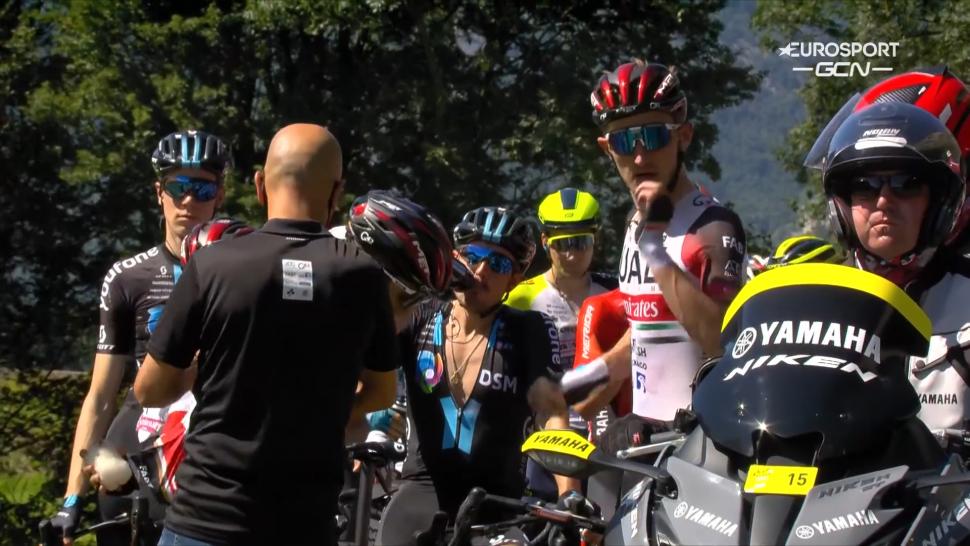 After a short and chaotic break, where riders sat down and chatted to race organisers about how the stage would be restarted, the action continued with Bettiol, the breakaway and the peloton being allowed to start at the intervals they held the race was stopped.

Ultimately, it was the Italian's teammate and breakaway partner Magnus Cort who took a popular win at the runway above Megève, beating Nick Schultz in a gruelling final sprint after some entertaining cat-and-mouse action up the final climb.

Who are Dernière Rénovation?

Dernière Rénovation made headlines around the world last month when an activist tied herself to the net on the Philippe-Chatrier court during the French Open tennis tournament in Paris.

The group says it aims to "achieve a political victory over energy renovation, through non-violent disruption actions repeated over time" and is calling on the French government to commit to a comprehensive and energy-efficient renovation of all buildings by 2040.

"Our goal is to force legislation to drastically reduce France's emissions," the group's website explains. "Starting with energy renovation, the area most likely to bring together social and climate justice today.

"Faced with the current ecological disaster, we want to demonstrate that it is possible for citizens around the world to impose on their governments the political agenda that we desperately need."