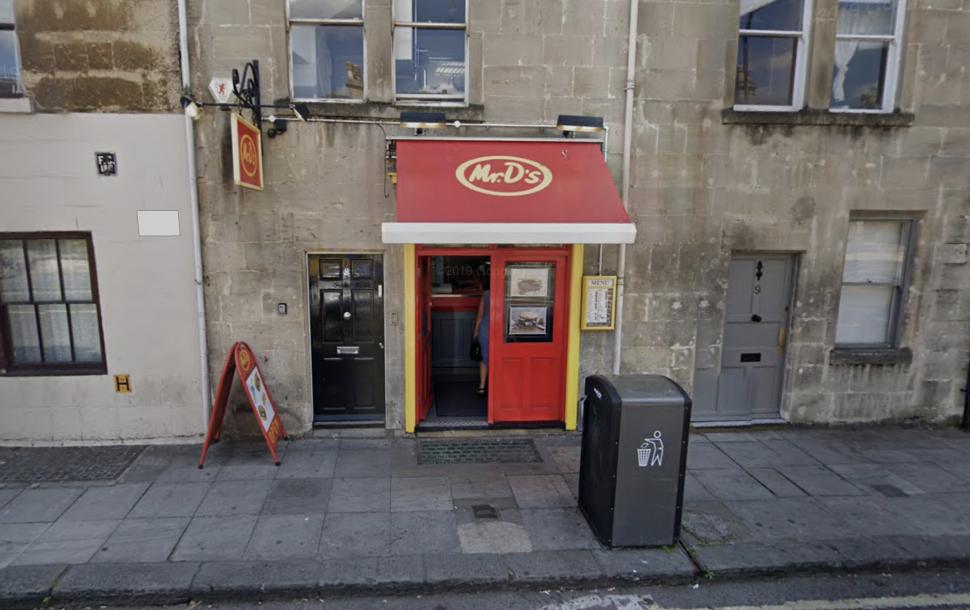 The takeaway owner said 'recessions come to an end but this won't'...
by Will Bolton

A takeaway owner has claimed a new bike lane will 'decimate' his burger bar business.

He also alleged that the cycle lane would prevent motorists from pulling over and allowing ambulances to drive past.

Somerset Live report that the planned cycle track along the Upper Bristol Road will be enclosed with bollards, as part of Bath and North East Somerset Council's active travel scheme.

Mr Amos said: "From my perspective, I have built this business over 39 years and this is the biggest challenge I've ever had.

"There will be bollards with white metal posts coming out of them, so our customers can’t even pull in.

"We also have at least four deliveries a week and people would have to block the road to deliver stuff."

The businessman claimed it would be difficult for people to pull over to let ambulances through, and for disabled and elderly residents to unload their groceries without blocking the road.

Under the Active Travel Scheme, a new bike lane will be created down both sides of the road, between the junctions with Midland Road and Charlotte Street

Active Travel Scheme proposals also apply to routes between Combe Down and the University of Bath, and on Beckford Road and North Road, between the city centre and the university.

The consultation period for the scheme, which opened on March 4, closed on (Friday, March 19), but Mr Amos said he had not been aware of the proposals until a neighbour told him earlier this week.

He said: "We have just come through a pandemic and I have tried my best to adapt by doing deliveries and stuff.

"The consultation is closing on Friday and I think they have been very vague and not consulted business owners. This is going to be a nightmare for me.

"Half my customer base will go away and it will decimate my business.

"We have had a lot to deal with over the years, four recessions, a pandemic, hassle with licencing, BSE - you name it. They want to throw everything at us. Recessions come to an end, but this won't."

In response Councillor Joanna Wright, joint cabinet member for Transport Services, said: “We are holding our online consultation on the three active travel schemes until March 21 and we welcome Mr Amos to submit his views at www.bathnes.gov.uk/activetravelschemes if he hasn’t already.

“We will listen to everyone’s concerns before making a decision on the proposed road improvement scheme, which aims to promote active travel, making it safer and more convenient for people to take short journeys by bike or on foot."