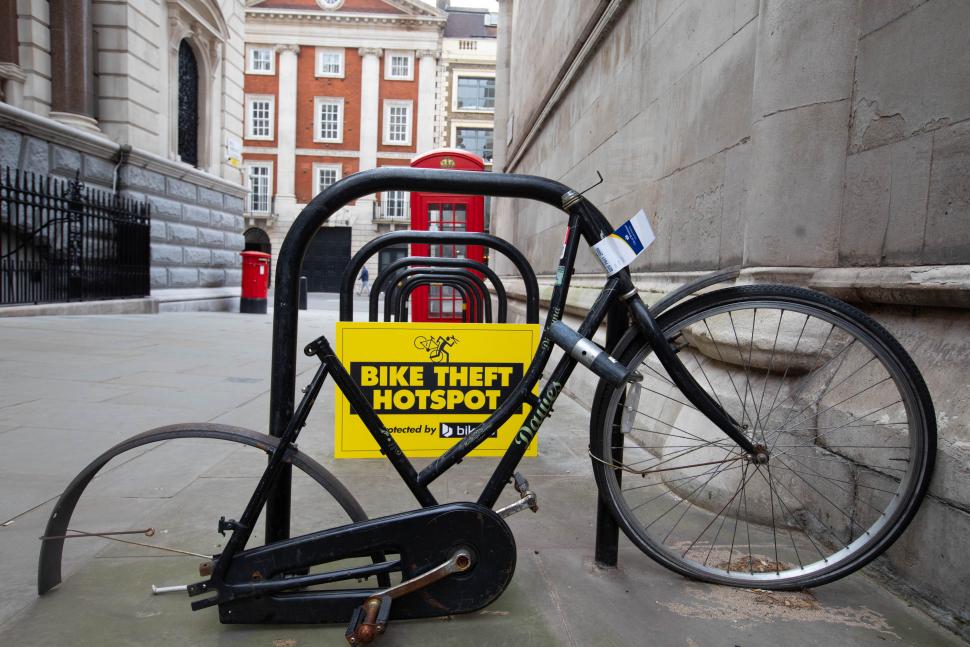 Reported bike thefts in England and Wales have fallen for the fifth year in a row, according to police data collated by cycling insurer Bikmo, with a 10 per cent year-on-year decline in 2021 alone.

The insurer has also updated its bike theft tracking map, enabling people to view a heatmap of reported bike thefts last year to help them discover and avoid hotspots where bikes are at greater risk of being stolen.

Bikmo attributes the ongoing decline in the number of reported thefts – 67,116 in 2021 compared to  74,573 the previous year – to a number of potential factors, including fewer people commuting by bike due to the pandemic.

Indeed, over past two years, the insurer has seen a sharp rise in the proportion of claims it receives that relate to bikes stolen from the owner’s home, which stood at 10 per cent of all claims in 2019 but rose to 18 per cent in 2020 and last year made up a quarter of the total.

While the number of reported bike thefts in London fell 11.6 per cent in 2021 to 21,521, the city remains the region in England and Wales where most bikes – 390 – are stolen per 100,000 residents, with Tower Hamlets, Hackney and the City of London particular hot spots. 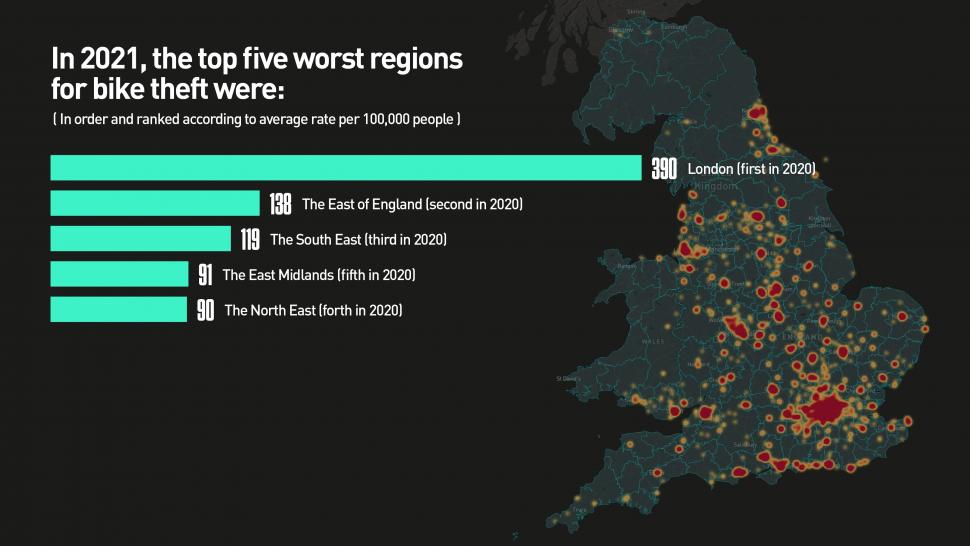 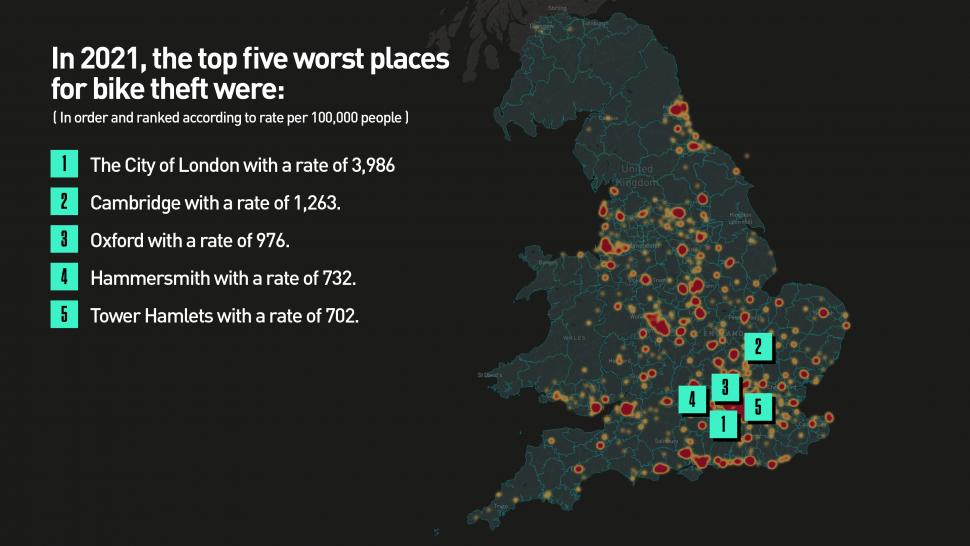 Outside London, the East of England remains the region with the highest rate of bike thefts per 100,000 people, at 138 – due in large part to it including the city of Cambridge, where 1,565 bikes were stolen last year.

With 52 bikes reported stolen per 100,000 people, the North West of England appears to be the region where bikes are least likely to be targeted by thieves – although Bikmo says that the relatively low rate is probably linked to known issues surrounding under-reporting of crime in Greater Manchester. 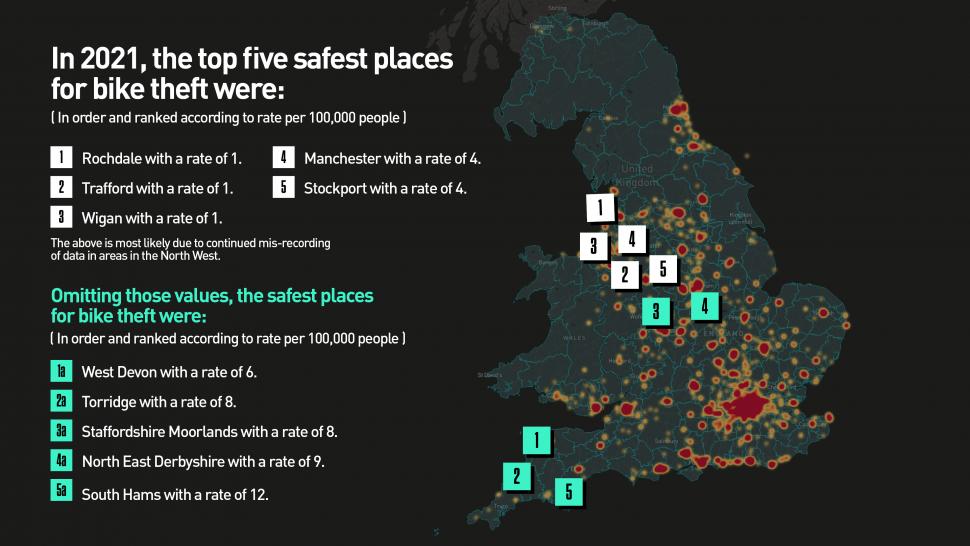 David George, CEO of Bikmo said: ‘’In our mission at Bikmo to protect the world’s cyclists, we’re focused on being proactive – not only putting riders back on a bike when their is stolen but educating our customers and community about the risks in their area and what they can do to reduce them so they can continue enjoy their ride.

“The Bike Theft Map is a key part of that mission and after seeing how popular the 2021 map was with customers, riders across the UK, and the Police Force alike, I’m proud that we’re continuing to invest in a great tool to support riders across the UK.

“With the launch of the national Double Lock It campaign to encourage bicycle owners to secure and register their bikes both at home and away and more cycle crime reduction partnerships being implemented in towns and cities across the UK to tackle crime, it is all contributing towards supporting our cycling communities.

‘’Of course there are still cycle crime hotspots that we’re focusing our attention on and we are working with organisations such as Gumtree and the Bicycle Association to disrupt organised crime.’’