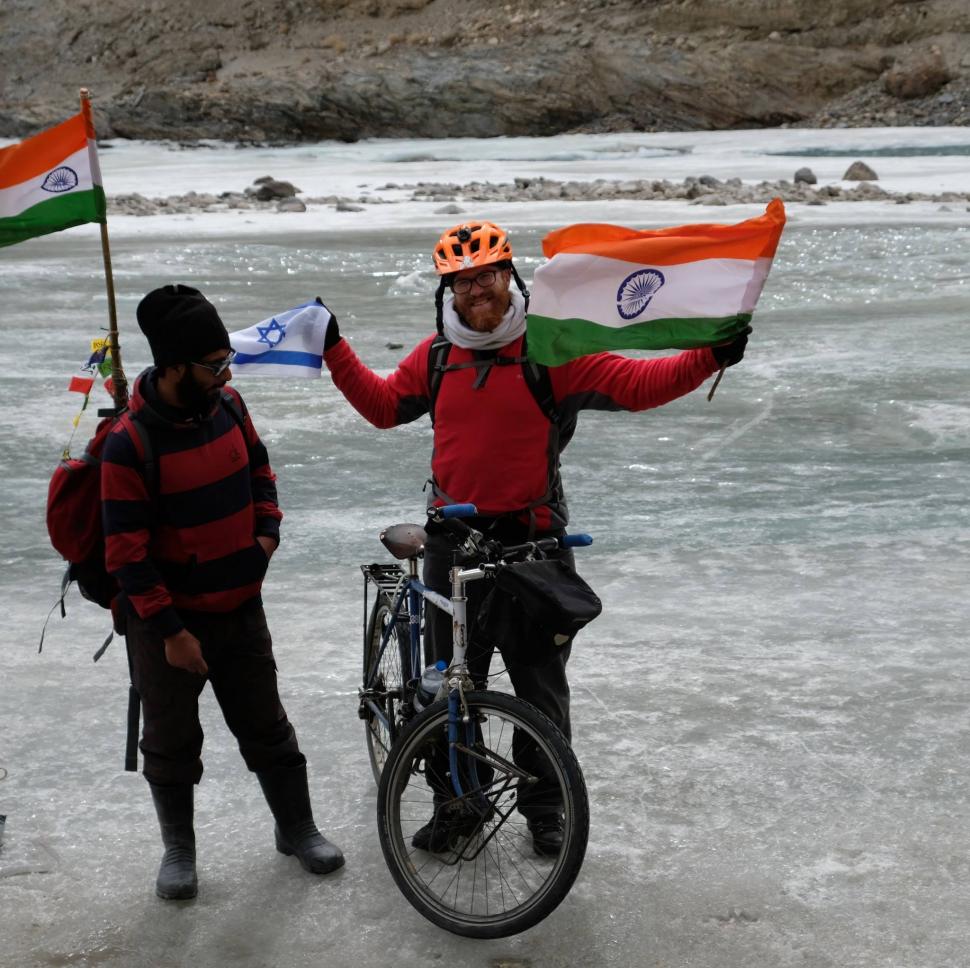 Round the world cyclist killed by bus near his home

A round the world cyclist who survived falling hundreds of metres down a mountain in India has been killed by a bus while riding near his home.

Roei Sadan, known as 'Jinji', was only 39 years old when he was killed, reportedly while making an Everest attempt.

The Times of Israel report that he was hit by a United Tours bus while cycling near the entrance to Kibbutz Rosh Hanikra, northern Israel, where he lived, on Wednesday at about 14:30 local time.

He was admitted to Galilee Medical Center in Nahariya, in a critical condition until he died on Friday.

Speaking to the Times of Israel, his friend Yogev, said: “Living the dream was his motto.

"He had the life of a rock star, it was intense.

"He was killed in the middle of uphill training, which simulates climbing Mount Everest by bike.

In 2010, three years into his cycle around the world, Mr Sadan wrote in The Jerusalem Post: "While I cycle across continents, I am not alone."

He began his solo circumnavigation of the planet in Prudhoe Bay, Northern Alaska before making his way down the west coast of North, then Central, then South America.

He then cycled from the tip of South Africa up to Ethiopia, and then to Israel for a two-week break.

The next leg went across Europe, then across Turkey, then through Uzbekistan and Tajikistan in Central Asia, and on to China.

Finally, he cycled along the coast of Australia - two weeks of which he completed on a tandem bike with a blind Israeli cyclist.

Throughout the trip, Mr Sadan faced a wide and varied array of challenges.

In Alaska, he lost more than 30 pounds traveling on a dirt track in subarctic conditions. In Peru, he was bitten by a wild dog. In Mozambique, he contracted malaria.

Five years after the trip, in 2015, he was climbing the 6,153m high Stok Kangri mountain in Ladakh, north India, when he slipped on a rock during his descent and fell hundreds of metres.

He suffered a concussion and was taken to hospital in Delhi. His injuries left him suffering from a weakness on his left side, chronic fatigue and impaired short-term memory.

Despite that, went on to make an astonishing recovery, and was a keen cyclist again in the years before his death.

Speaking in a Youtube video he posted about his rehabilitation he said: "Every morning, everytime I had a chance, I was on the bike.

"I kept reminding to myself, Africa, Tajikistan, China...