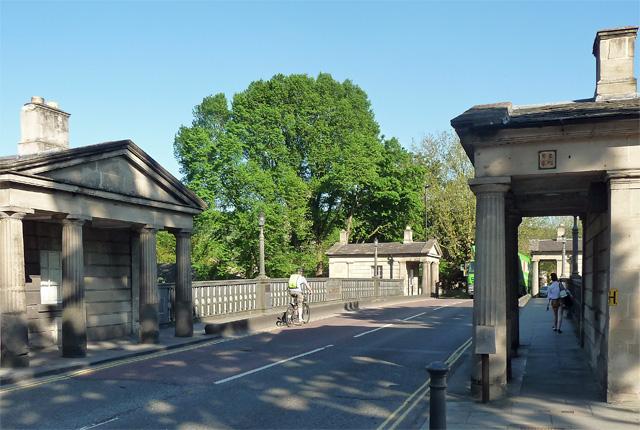 Bath and North East Somerset Council has encouraged residents and commuters to use Cleveland Bridge's upcoming closure for urgent maintenance works as an opportunity for more cycling and walking journeys. The bridge's closure will likely need to be delayed beyond 28 June after a worker tested positive for Covid, but it will remain open to cyclists and pedestrians throughout the three-month project which is expected to cost around £3.5 million.

The council encouraged residents to make short journeys by bike or on foot in its information for local residents ahead of the renovation.

Councillor Richard Samuel, acting leader of Bath & North East Somerset Council added: "Please have a look at the diversion routes in advance to help you plan your journeys by car or consider whether you could leave your vehicle at home and walk, cycle or scoot around the city instead.

"Although these engineering works are bound to cause some disruption and inconvenience for drivers, it’s essential that we ensure Cleveland Bridge continues to be safe to use and preserve its historic value."

The bridge forms an important route to and from Bath, linking the north side of the River Avon and the A4 with the A36 and carries 17,000 vehicles a day. A permanent weight limit similar to the temporary 18-tonne limit in place ahead of the works was proposed before being shot down by central government due to the popularity of the route.

Bath MP Wera Hobhouse said: "The government position is we need to find agreement with Wiltshire. I really want to work constructively to find a solution rather than having a standoff which isn't good for anybody. It's in nobody's interest that the bridge falls into the river."

When exactly the works will begin remains unclear after Councillor Mandy Rigby told a meeting this week that the closure from 28 June was looking "increasingly unlikely" due to the positive Covid test. One thing we do know is that when it shuts to motor traffic—cyclists and pedestrians will be allowed to cross as normal.

1
Peter Sagan comes to the aid of “flabbergasted” British cyclo-tourist in Gran Canaria
2
Egan Bernal in intensive care following successful surgery on training crash injuries
3
"If you're a competent driver it shouldn't cause any issues": Cyclists react to Highway Code change outrage
4
Highway Code changes: Daily Mail publishes "error-strewn" Richard Littlejohn column attacking cyclists
5
Here's how to make a DIY VO2 max tester for use with Zwift and Strava for only £130
6
Highway Code changes: what is the Dutch Reach and will drivers be fined £1,000 if they don't use it?
7
Near Miss of the Day 704: Two abreast group close passed by impatient driver who almost hits front rider
8
This stunning Cervélo R3 is currently being raffled off in aid of The Pace Centre and Movember