As well as launching a brand new line of clothing this year, Giro has turned its attention to its road shoe range, ushering in a few changes to key models. It’s only been a few short years since the helmet manufacturer ventured forth with its first shoe, and since then they have garnered much praise, In fact, Stu was so impressed with the Factors last year that he gave them a 9/10 review 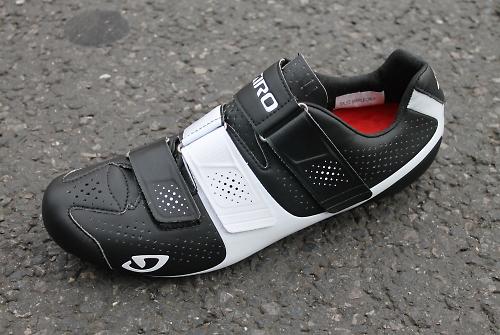 The changes, which are concentrated on the top-end shoes, are subtle and focus on weight and stiffness. A new Easton ACC carbon sole is claimed to increase stiffness laterally and torsionally by up to 30%. On the top-end Prolight SLX II above, the lightest and dearest offering with a £299.99 price tag, the shoe is 15g lighter, now with a claimed 198g weight. Or 216g with their SuperNatural sole system. 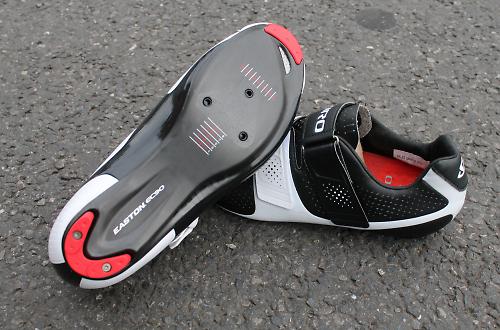 The shoe uses a three Velcro strap closure system. Giro said they could have used a buckle, but wanted to really go for the weight and like how the Velcro straps lets you tension the shoe, comfortably spreading pressure evenly across the top of the foot. The D-loops are made from titanium. A new Evofibre upper is used, a three layer material with the perforations offering ventilation but better at keeping the cold out then regular mesh vents. The shoe is available in three colours

There are replaceable toe and heel bumprs to increase the longevity of the sole, handy if you’re using the shoe for commuting and have a bit of walking either side of a bike ride. The new sole is also a claimed 30% stiffer, both laterally and torsionally. 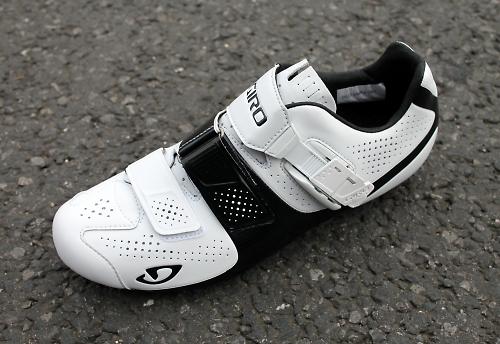 Next in the range is the Factor ACC. It also sheds some weight, now 240g, due to the lighter Easton EC90 ACC carbon sole. It’s stiffer too. There is also the new MR1 buckle. This allows a two-way 2mm increment adjustments for fine-tuning the fit while you're riding. 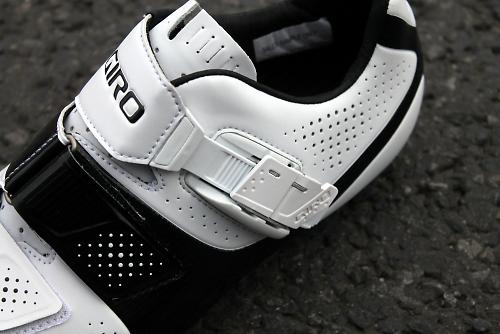 It also has a lower height than the previous MR2 buckle (now used lower down the shoe range) and a more open design so mud and dirt can pass through more easily, preventing it from clogging up. Available in two colour options and with the choice of a HV (high volume) model, the Factor ACC costs £249.99. Taylor Phinney is something of a Giro ambassador - he’s a fan of the lace-up Empire shoe - and has been involved in the development of the shoes. The Empire ACC is now available in four new colour options which I think all look rather nice. I just can’t decided which I like the best. 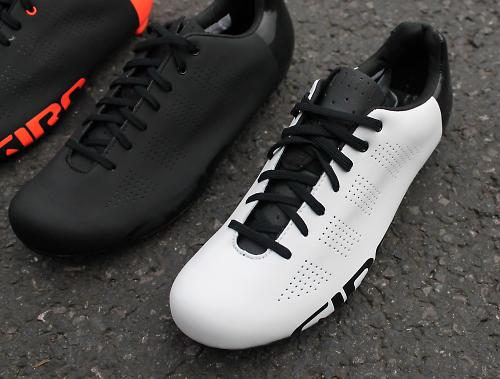 Maybe the white? For further customisation, Giro also supply each shoe with a second set of laces in a contrasting colour. The updated carbon sole drops weight to a claimed 215g. The Empire costs £229.99. 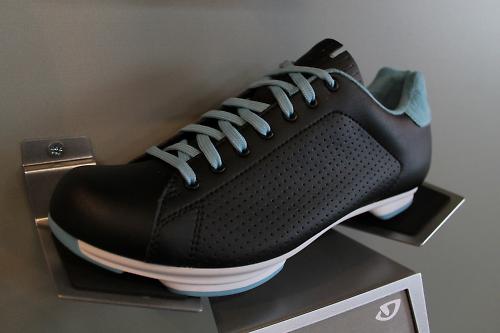 The Republic is a shoe we really like the look of, and now it's available for women, this is the Civila. Both essentially take the lace-up upper of the Empire and partner it with 2-bolt compatible sole that has raised walking pads. This shoe has commuting written all over it, but also touring and Audax riding where we think the styling and ability to walk without skittering around on exposed cleats is a winner. 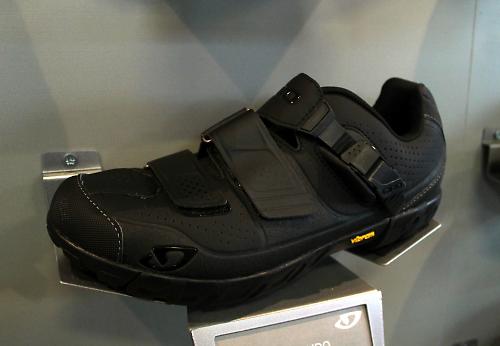 Granted, the new mountain bike enduro Terraduro isn’t a shoe you’d immediately think of as being at all relevant to road cyclists. That said, we do know a lot of road cyclists who prefer mountain bike shoes for cycling. They generally have a bit more flexibility in the sole and the grippy tread makes them ideal for walking in, no sliding across the floor on exposed Speedplay cleats when trying to get to your desk. 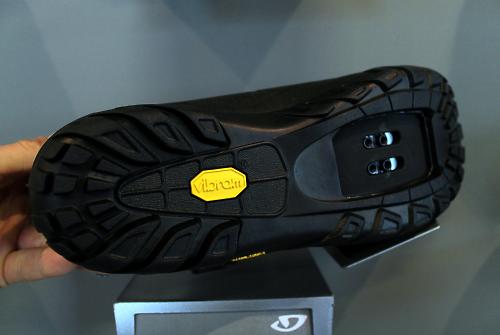 It has a breathable microfibre upper, Vibram sole, an anti-microbial treatment, two Velcro straps and a MR2 ratchet. Ir costs £129.99.