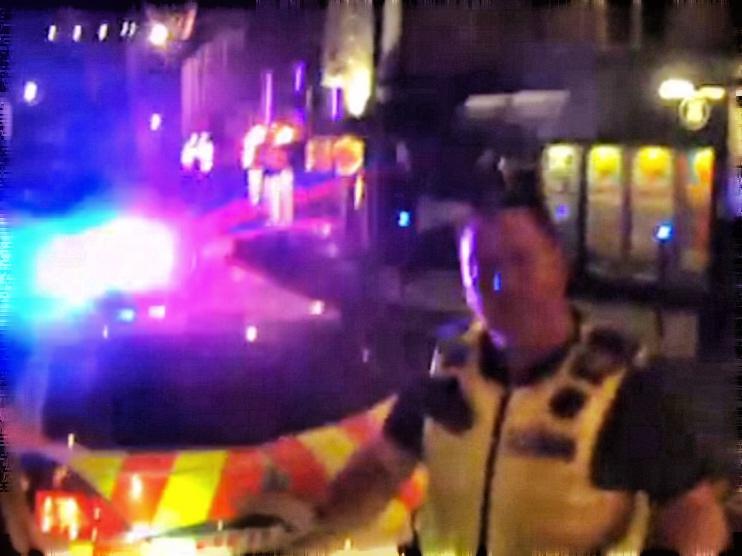 Rider pulled over for 'undertaking' by officer in car that had been in ASL box...
by Simon_MacMichael

Northumbria Police have issued an apology to a cyclist wrongfully pulled over for ‘undertaking’ a police car that itself had illegally been driven beyond an Advanced Stop Line (ASL) at a set of traffic lights in Newcastle-upon-Tyne.

The incident, which took place on Grainger Street, was captured by rider Michael Smiles' helmet cam, as reported by Sky Tyne & Wear.

Mr Smiles had been pulled over by police shortly after passing the vehicle to the left as he moved through the ASL, known unofficially as ‘bike boxes’ or ‘cycle boxes.’

The policeman insisted the rider had illegally undertaken him.

But when Mr Smiles told the officer he himself was the one who had broken the law, the latter simply replied, “rubbish,” before getting back in his vehicle and driving off.

"I was so angry. He just didn't give me a chance to speak,” the cyclist said.

"I hadn't undertaken him, I'd done a perfectly legal manoeuvre.

"All I really want is for people to know what the law is regarding cycle boxes.

"It's a space cyclists need to get away safely from traffic lights."

Northumbria Police have accepted that their officer had made a mistake and apologised to Mr Smiles.

In a statement, they said: “All officers [apart from the one in the video, presumably - ed] are aware of the laws and rules of the road and we'll ensure they are reminded about this where necessary."

ASLs first apearred in Oxford in 1986. Their use is governed by Rule 178 of the Highway Code, which says:

Advanced stop lines. Some signal-controlled junctions have advanced stop lines to allow cycles to be positioned ahead of other traffic. Motorists, including motorcyclists, MUST stop at the first white line reached if the lights are amber or red and should avoid blocking the way or encroaching on the marked area at other times, e.g. if the junction ahead is blocked. If your vehicle has proceeded over the first white line at the time that the signal goes red, you MUST stop at the second white line, even if your vehicle is in the marked area. Allow cyclists time and space to move off when the green signal shows.