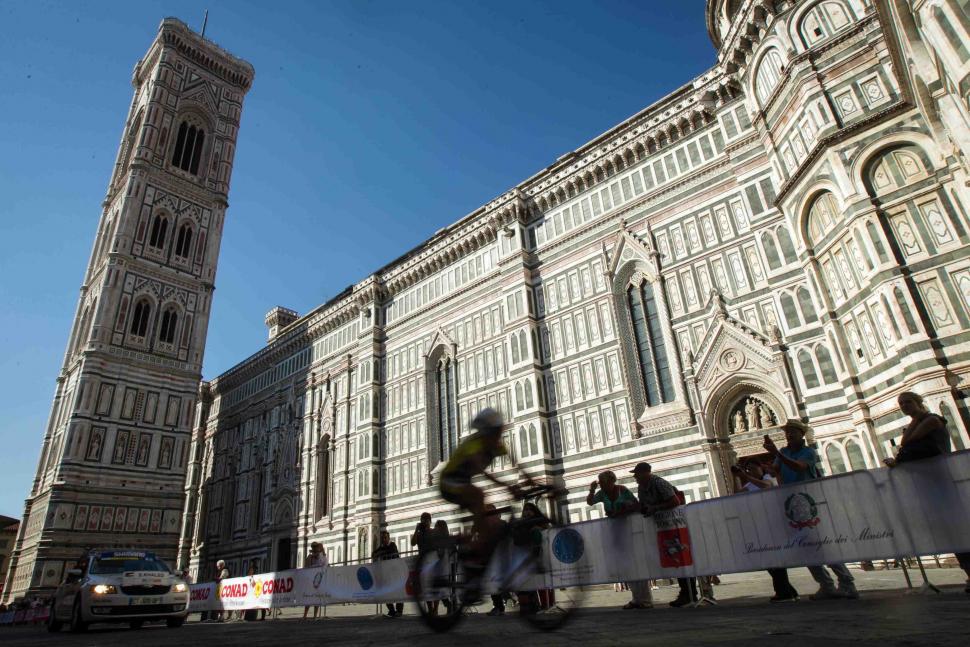 5am course recces bring rewards for Dutch rider, but Linda Villumsen misses out again
by Simon_MacMichael

Ellen van Dijk of the Netherlands has revealed how homework paid off as she secured the rainbow jersey in the women’s individual time trial in Florence yesterday – just two days after the 26-year-old helped her Specialized-Lululemon team retain the team time trial title.

It’s the elite men’s turn today, with Sir Bradley Wiggins looking to add the world championship to the Olympic title he won in London last year., and we have a video preview from IG.

Van Dijk, the last rider to start, dominated yesterday’s time trial throughout, winning by 24 seconds from Linda Villumsen of New Zealand as she clocked 27’ 48” for the 22km course. The USA’s Carmen Small was third, a further four seconds back.

Afterwards, the new world champion said: “I dreamt of this jersey and I felt the pressure a lot in the last few days, so now I’m very happy. I started very fast, I slowed down only in the last kilometres.”

The key to her victory, she explained, lay in her preparation. “I’d studied the course carefully, training at 5 in the morning to avoid traffic and watching videos to get to know the turns better.”

Villumsen, born in Denmark but switching citizenship to New Zealand ahead of the 2010 season, was left to reflect on another near miss.

“Five times on the podium and not a single gold medal: I don’t think it was bad luck, I just believe my opponents were stronger,” she reflected.

“I’m always missing something, I’ll try to figure out what it is and try again next year.”

In the men’s event, the man Wiggins beat to Olympic gold last year, Tony Martin, is favourite to win for a third year in a row, but four-time world champion Fabian Cancellara of Switzerland and the USA’s Taylor Phinney are also expected to be right in the mix. It promises to be a cracker.

Here’s IG’s video preview shot at last week’s Tour of Britain – where Wiggins won the Stage 3 time trial, going on to clinch the overall in London on Sunday.