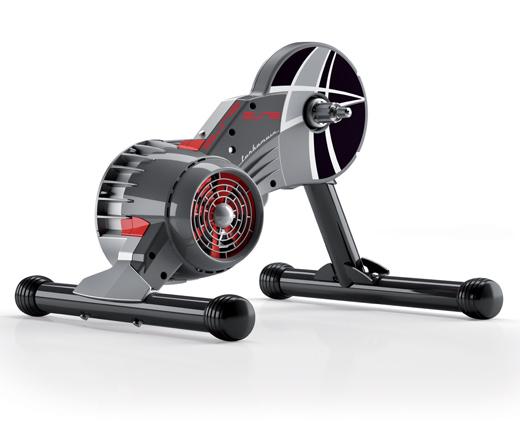 Elite launched their brand new Turbo Muin, a direct drive turbo trainer, at Eurobike last month. Mat went in for a closer look in this video.

The new Elite Turbo Muin's resistance unit is driven directly by the chain, as pioneered by the LeMond Revolution. Instead of mounting the bicycle into a frame and the tyre resting on a roller, the rear wheel is removed and the bicycle frame is fitted to the trainer, which has a cassette installed. The advantage of such a design is increased stability and there’s no tyre slippage. You’re also going to save wear on your rear tyre too.

Elite have used a fluid flywheel to keep the level of noise to a minimum. The background noise in the video doesn’t really do it justice, but up close the quietness is impressive. A lot of noise from a trainer is the sound of the tyre on the roller, so that’s reduced instantly with the direct drive approach. We’ll be keen to test it away from the noise of the show to see how it really stacks up. Fluid trainers also offer a very realistic pedalling feel, and the resistance is progressive - the harder you pedal, the greater the resistance. 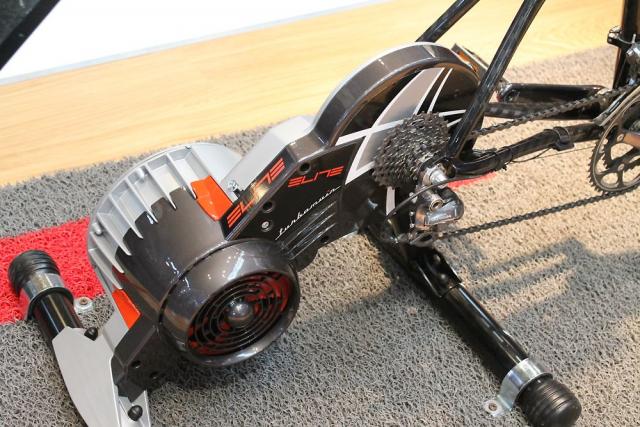 Elite have used a large 6kg flywheel with a maximum power resistance of 2,500 watt output at 60kph. That should be more than enough for most people this side of Sir Chris Hoy. You have to install your own cassette and the trainer is compatible with Shimano and SRAM 9/10/11-speed as well as Campagnolo. It’ll also work with 135mm axles in case you’re fitting a disc-equipped road bike in there. That also means you could fit a mountain bike too, as the trainer isn’t wheel size-specific.

Elite have given the new trainer full wireless connectivity. With their own app the trainer will display all sorts of data via ANT+, including power,  on an iPhone, iPad or iPod. The Elite Turbo Muin will cost £499.99 when it’s available in October.

And here's the offiical Elite video.