"This thing is in a category of its own," says Jim Felt
by Mat Brett

US bike brand Felt have been busy in the wind tunnel creating new versions of their AR aero road bikes, which they reckon are the most aerodynamic road bikes in the world, and an all new IA non-UCI time trial/triathlon bike, which they claim to be the fastest bike of its kind ever developed, by a long way (standby for more on the IA later in the week).

Jim Felt, founder and head honch of Felt Bicycles, has been working on bike aerodynamics since the early 1990s. The brand’s aero road bikes have been leaders in terms of aerodynamics since they were introduced in 2008, but Felt admit that they've been heavier than much of the opposition, and not as stiff as some. 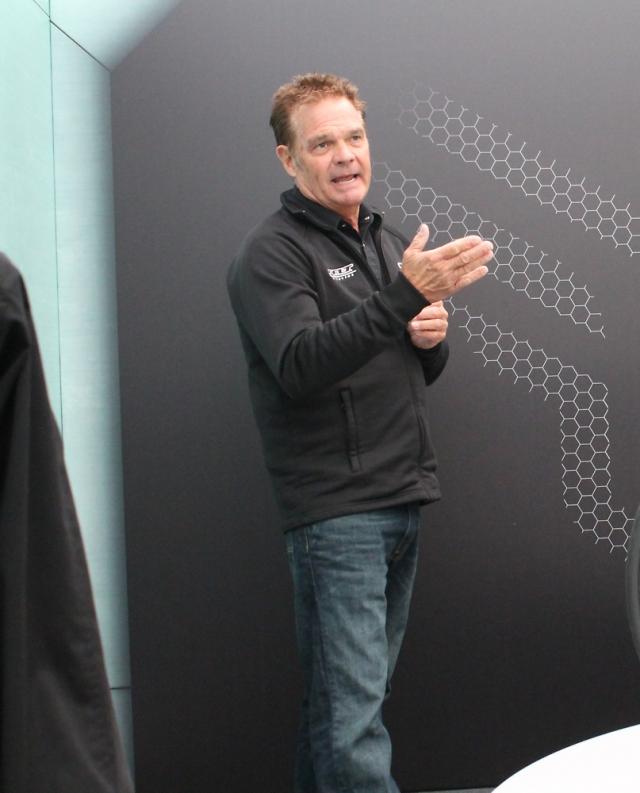 Felt are enthusiastic about the newly redesigned AR series, though. They think that taking aerodynamics, weight, stiffness and ride quality into account, it’s the leader in its field.

“I’ve never seen [wind tunnel] numbers like it,” said Jim Felt at UK distributor Saddleback’s dealer day. “This thing is in a category of its own. It’s going to take people years to get better figures.” 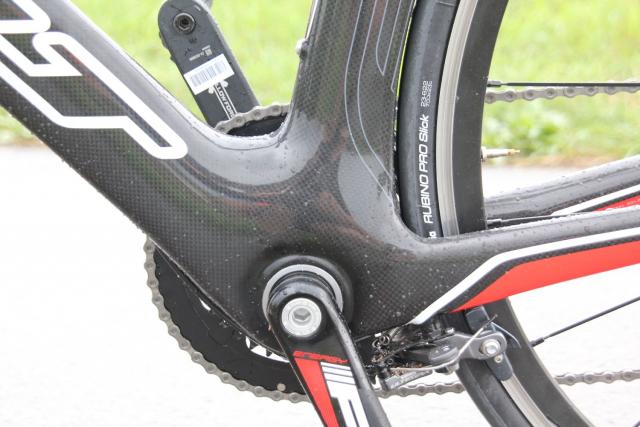 We did take a quick look around the bike at Eurobike and had a quick ride, but we didn’t have the full details from Felt at that stage. Now we’ve had the chance to get the story from Jim Felt himself.  So, what have they done?

For a start, Felt have added more width to the down tube than before, especially towards the bottom bracket, to provide more stiffness. The AR is now similar to Felt’s F Series bikes in that respect. They also use a tapered head tube (1 1/8in to 1 1/4in), adding extra width there although retaining an airfoil shape. 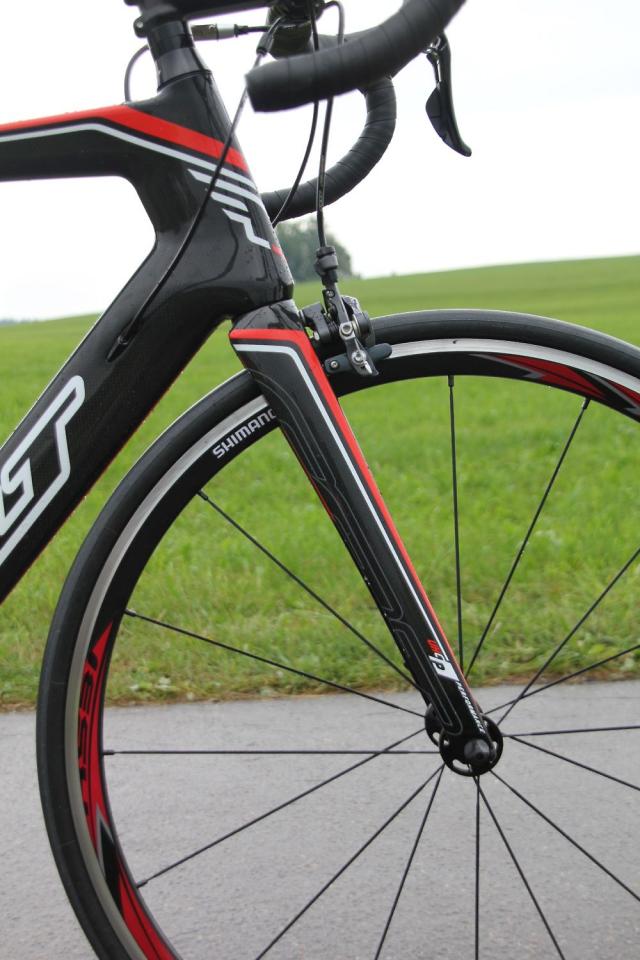 Adding width might help with rigidity but increasing the frontal area can reduce the aerodynamic efficiency, so Felt had to work to bring drag back down. One of the key features here is the addition of the new seatpost which is a smart piece of work. 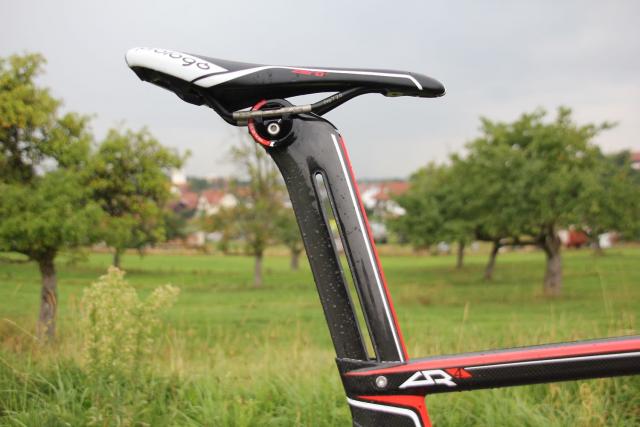 Rather than simply squeezing the post to keep it in place, Felt came up with an entirely new design called the Internaloc system. In short, the aero-shaped seatpost is hollow, as usual, but there’s a slot in either side and a couple of blocks in the middle (we're calling them 'blocks', by the way, not Felt). A bolt runs through the entire mechanism. As you tighten the bolt, you lock the frame, seatpost and the central blocks together to prevent slippage. 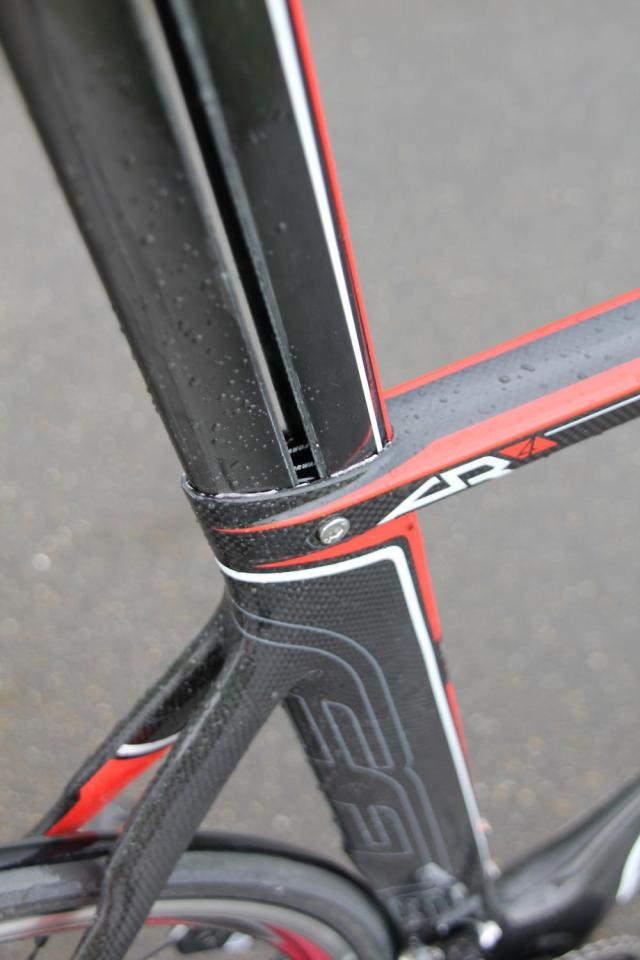 It’s a really clever design and means Felt no longer have to overbuild the seatclamp area of the frame, so they can save weight and reduce size, and they can keep the sides of the seatpost very thin because there’s no danger of crushing the post, meaning that they can dial in plenty of comfort.

The other clever bit is that the seat post is reversible so you can steepen the seat angle from 72.5° right up to 78.5° if, for example, you want to fit clip on tri bars. 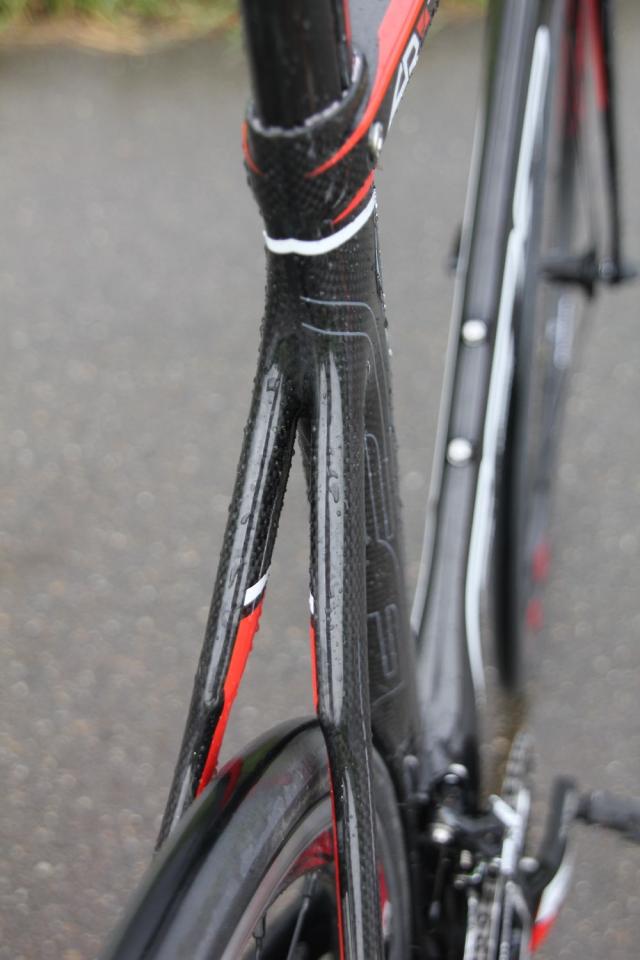 Felt have also moved the rear brake on most of the AR models so it’s now in a more aerodynamically efficient position behind the bottom bracket, with a quick release on the cable. This has allowed them to do away with the brake bridge, and removing braking forces from the seatstays means they can use less material in that area, saving weight and increasing compliance. 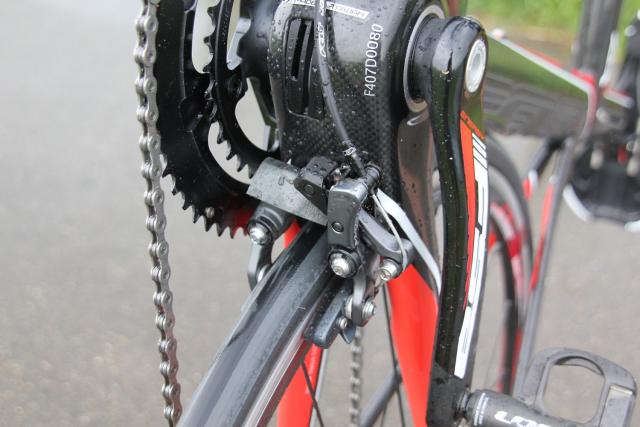 We noted just how easy it was to flex the new seatstays closer together when we videoed the new AR at Eurobike. Felt tell us that it is much more compliant than their F Series bikes and nearly as compliant at their Z Series. 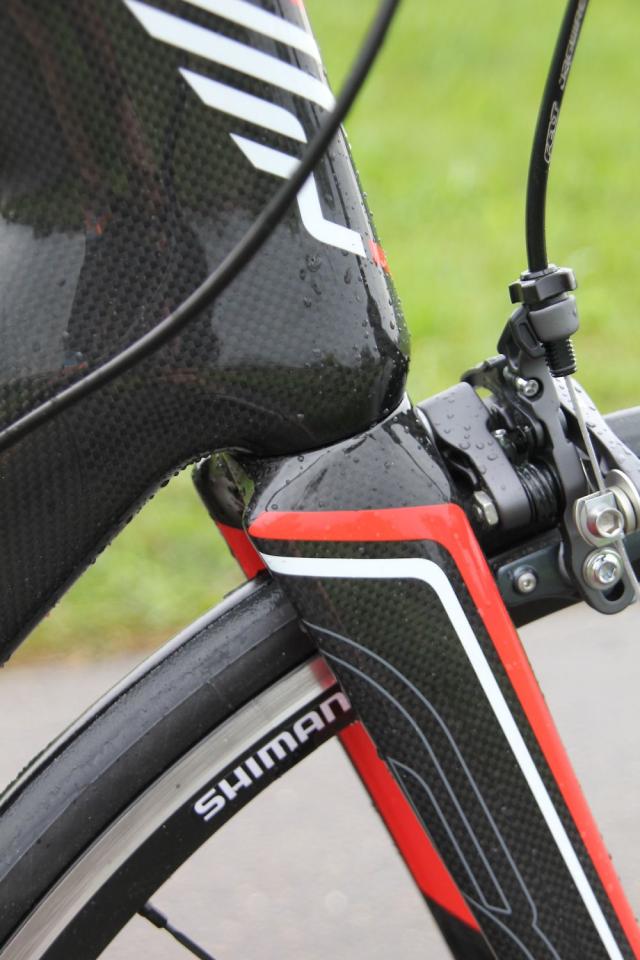 Felt have borrowed technology from their time trial/triathlon bikes for the AR’s fork. The fork crown is a complicated area when it comes to aerodynamics. You have all that apparent wind from the bike’s forward movement, along with a front wheel that’s spinning in the opposite direction to the airflow. The Twin Tail fork crown – you can see why it’s called that; it has a tail on either side – is designed to clean up the airflow and minimise the drag.

Felt have made various other changes to tube profiles around the bike and the result, they say, is that the new AR is 14.7% faster than the previous incarnation (they do their testing at 300 watts over 40km) and 28.7-31.1% faster than a round tube, baseline road bike. 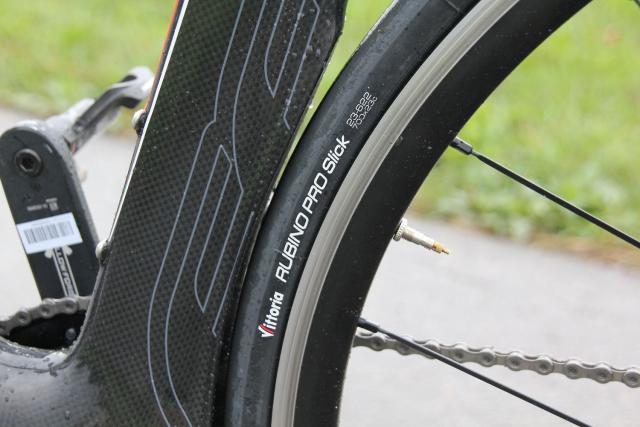 The AR bikes are available in six sizes and two different moulds – if you want the option of using mechanical/cable operated gears, the frame is very slightly heavier – and in three different layups. One of the carbon options is TeXtreme which is more like thin ribbons than traditional carbon fibre, allowing for the use of less resin. The idea is that you can get a strong frame using less material – so the weight drops. There’s an alloy option too, the AR15 (£1,399).

Felt are really excited about the new AR. They think that its strength across a wide range of variables means that they have something special on their hands here. If they’re right, expect to see a lot more of this bike over the next few years.

For more details go to www.saddleback.co.uk.