We revealed to you a couple of weeks ago that Germany’s Lightweight have launched their first ever frameset in the shape of the Urgestalt  and we’ve now had the chance to ride it for the first time.

The Urgestalt is made from various different grades of carbon fibre (Lightweight aren’t saying exactly what) and the claimed weight for the frame is just 790g. The complete bike that Lightweight brought into the office to show us hit the scales at just 5.92kg (13.0lb). It comes with a tapered head tube (1 1/8in to 1 1/2in) and features a PressFit bottom bracket.

We asked Lightweight’s Frank Jeniche to explain the reasoning behind the new design and here’s what he told us:

Our Dave has been aboard the bike today for a quick ride and here’s what he had to say about the ride:

“Few road bikes ride with the savage acceleration the new Lightweight showed on my first ride. Admittedly, a too-brief ride, but it was enough to convince me that Lightweight have created a bike that rides, responds and handles with a level of speed and keenness matched by only a handful of top-end race rivals. “Lightweight say it’s both a race and sportive bike, but the 15.5cm head tube on the 56cm model makes this bike’s intentions quite clear; it’s very clearly orientated towards speed and efficiency. 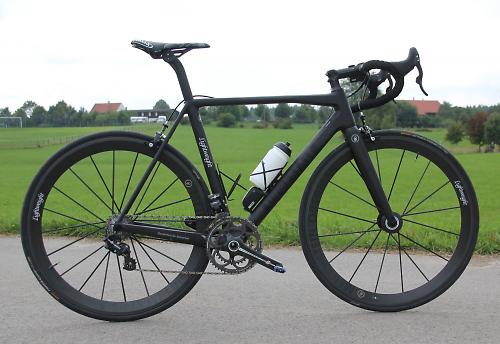 “That acceleration really is startling. Each pedal stroke thumps the bike forward with ferocious force. It’s electrifying and intoxicating. I didn’t tire of sprinting up and down the road during my short allocation with the bike.”

The bike Dave rode was equipped with Lightweight’s newly updated Meilenstein Obermayer wheels. Lightweight claim that they now hit the scales at just 940g per pair with increased stiffness over the previous design. 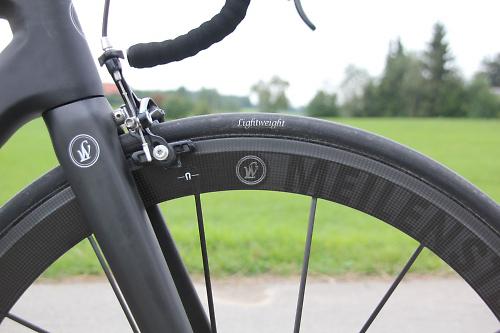 The new version comes with 47.5mm-deep rims whereas they were 53mm deep previously, and the carbon layup has been completely changed. Lightweight have also increased the size of the front hub slightly for greater stiffness and use new spokes.

Lightweight have dropped a little more weight by laser cutting the name onto the rims rather than using stickers. That’s a saving of – wait for it – 20g. If you think that doesn’t sound like a lot, you’re absolutely right, of course, but it all counts if you’re after the ultimate lightweight wheels. 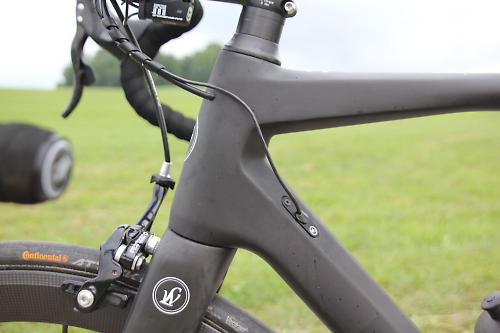 Lightweight acknowledge that one of the criticisms of the previous generation Meilenstein Obermayer was that it wasn’t particularly stiff. They say that they’ve dealt with that this time around, stating that the rear wheel is twice as stiff as before. The maximum rider weight is 90kg (14st 2lb). Unfortunately, we don’t have a UK price on the wheels yet.

After his ride, Dave said: “It’s clear that a large contributing factor to the test bike’s outstanding acceleration is new Obermayer carbon tubular wheels. They’re insanely light and that clearly influences the ride quality in a significant manner." 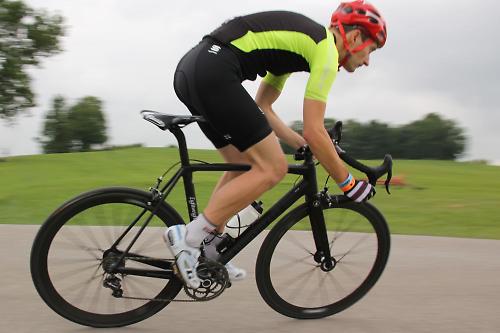 “The frame and wheels together left me certain that this is a serious contender in the top-end carbon road bike market, and an impressive debut from Lightweight. Branching out has proved a smart move for the brand.”

1
Cycling club chairman complains of being held up by cyclists riding two abreast
2
Rapha criticised over Pantani water bottle text’s links to eating disorders
3
Police appeal after three cyclists killed in Cleveland area in less than a fortnight
4
Near Miss of the Day 448: Transit van driver in very close pass
5
Cyclists called on to support “10 key changes” to Highway Code
6
Fix Your Bike voucher scheme opens to public tonight – here’s how to get one
7
Boris Johnson reveals how he will bring in “new golden age for cycling”
8
Campagnolo to launch Ekar 13-speed gravel groupset