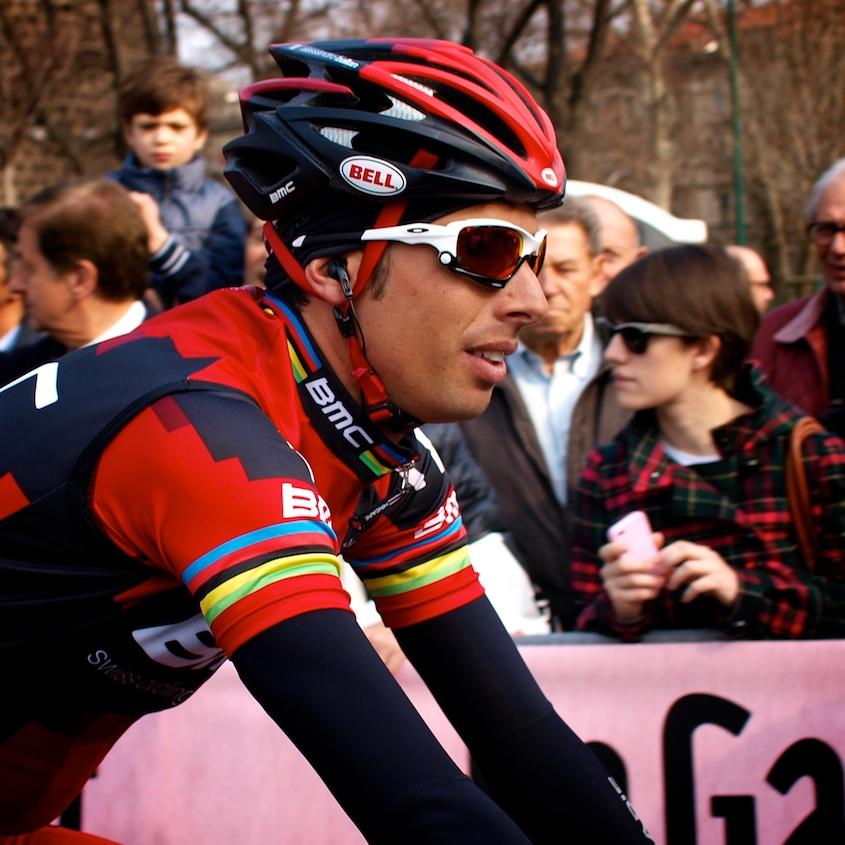 Former world champion to go back under the knife due to further complications from last December's training crash...
by Simon_MacMichael

Former world champion Alessandro Ballan is to undergo further surgery due to complications associated with his recovery from an horrific training crash in December last year that saw him miss the first six months of the 2013 season, his BMC Racing team has revealed.

In that crash, which happened on a descent of the Col de Rates near Denia in Spain, the 33-year-old broke his leg and several ribs, suffered a punctured lung and had to have his spleen removed.

Since returning to competition in June, Ballan has raced just 15 times, his last event being last month’s GP Wallonie, where he was forced to abandon as a result of stomach pains.

The prospect of undergoing further surgery means that his 2013 season is effectively at an end.

In a statement from BMC Racing today,  team doctor Max Testa said: "Alessandro hasn't had a break from bad luck after his injury.

"He's been having reoccurring issues with his health and we hope this surgery finally brings an end to it.

"He spent two days in a hospital in Belgium [after the GP Wallonie] undergoing observation and we eventually cleared him to return to racing.

"But further investigation has determined he will need surgery to release the adhesions on his abdomen developed after the previous surgeries."

The surgery is due to be conducted within the next two or three weeks.

Dr. Testa said the BMC Racing Team's medical staff is consulting with specialists in Italy and the United States. The surgery will be performed in the next two or three weeks, he said.

Ballan, who won the rainbow jersey on home soil at Varese in 2008 and was victor in the Tour of Flanders in 2007 – a race he finished third in last year, when he was also third at Paris-Roubaix, commented: "I was happy with my recovery after the crash in Denia, but then sad when I had more problems.

"But I am strong and I know after this last surgery I will be as healthy before. This experience has brought me closer to my family and friends and will make me stronger in life as well."

BMC Racing’s team president and general manager Jim Ochowicz added: "We certainly missed Alessandro in the spring classics and we were hoping he would be healthy by this time.

"We wish him a speedy recovery and know he is in the best of care."