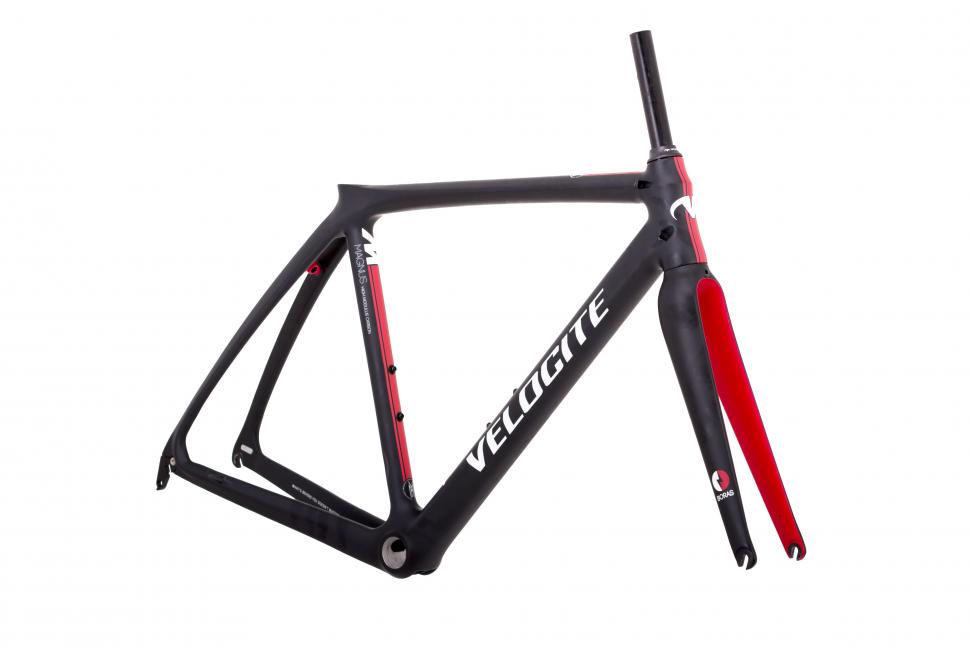 Velocite have announced the arrival of the third-generation Magnus carbon-fibre frame with a new look, full Di2 compatibility, and a 5% drop in weight.

Velocite say that they’ve managed to reduce that weight – the size medium now weighs 1,080g – by refining the carbon-fibre layup while maintaining the frame’s torsional rigidity.

If you’re interested in the figures, the Magnus was recently tested by EFBe bike test laboratory in Germany and the large sized frame received scores of 113 Nm/° at the head tube and 156.5 N/mm at the bottom bracket. Go to http://www.efbe.de/pruefservicenew/steifigmess/enindex.php for more details on the testing.

Velocite are keen to point out that the stiffness does not come at the expense of comfort. They say that test riders report that the bike is still a comfortable all-day machine as well as a thoroughbred racer. The frame is compatible with both mechanical and electronic shift systems. You just select the relevant frame inserts for the setup you’d like to run.

“The convertible cable routing feature simplifies the upgrade process for a Magnus customer as they no longer need to consider, at point of purchase, whether they will always run mechanical or electronic groupsets and what their future upgrade plans are since the new Magnus easily supports both,” says Velocite’s CEO Victor Major.

Velocite, who don’t work to model years, have made the new Magnus frame available immediately. You’ll be able to see if for yourself at the Velocite stand at The Cycle Show which takes place at the NEC Birmingham in September.

The third generation Velocite Magnus frameset retails for £1,590 with a selection of full builds from SRAM, Shimano and Campagnolo available.

UK importers VIP Bikes also offer a custom-build service via their own Midlands-based build centre. The new Magnus is available via www.velocite-bikes.com and you can contact VIP Bikes about the custom build options on 01938 810873.