West Sussex-based Strada Wheels first showed the new Rail 52 carbon clincher rim at Bristol’s Bespoked show earlier this year, and now a test pair of wheels have found their way into the road.cc office for review.

Strada have earned a fine reputation for sorted handbuilt wheels with a wide choice of rims, spokes and hubs, allowing for lots of custom build options. The new Rail 52 rims represent a significant departure for the company, however, and sees them entering the fiercely competitive deep-section carbon wheel market where the likes of Zipp, Hed, Enve and Reynolds are big names. 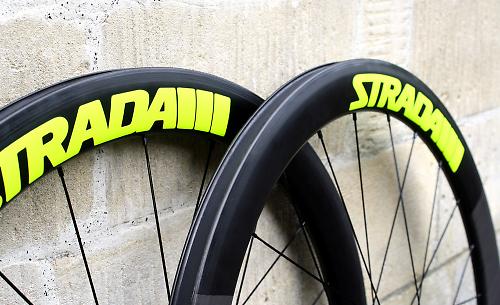 The rim has actually been developed by Dave Kirkpatrick of November Bicycles in the US, a bike shop selling race-ready carbon bikes, frames and wheels made using open moulds. The Rail 52 is his very own design. Dave claims 20 years of aerodynamics experience, and has developed a proprietary rim design that follows the modern trend for a toroidal aerodynamic shape, based on NACA airfoil profiles. They’re 27.1mm at the widest point with a 25mm width at the braking surface, and an 18mm internal width. They recommend 23mm tyres be used. 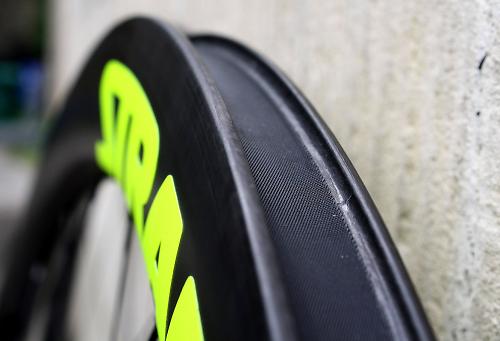 Dave took the the Rail, plus a bunch of competitor wheels, to the A2 wind tunnel in North Carolina and found the Rail to be just two seconds slower than a Zipp404 Firecrest carbon clincher, the best performer in their test, in a 40km (25 mile) time trial (click here for a full explanation of the testing criteria). Slower, yes, but it’s worth pointing out that the 404 is a 58mm rim (against the Rail’s 52mm) and has fewer spokes - 16 versus 24 in the Rail. 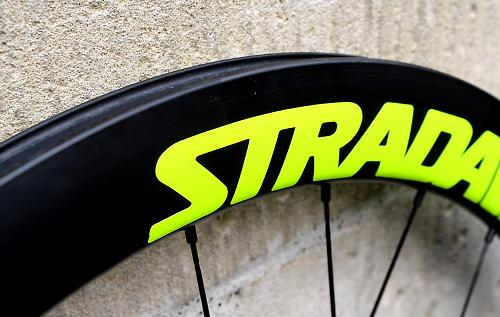 Aero benefits aside, heat management is the big issue with carbon clinchers. The Rail has been constructed with high Tg resins (resins with a high glass transition temperature, the point at which the resin gets hot enough to revert to its liquid state) that are capable of handling temperatures up to 170°C without any warping or delamination. SwissStop Black Prince brake pads are supplied with the rims. We can’t easily test aerodynamic gains, but we can examine their braking capabilities. 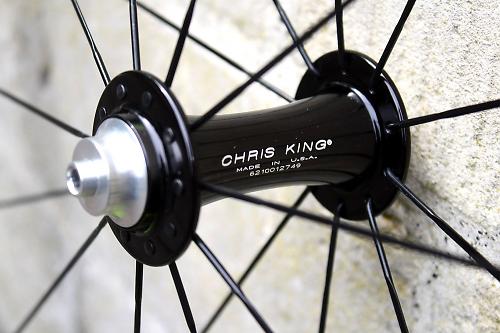 Individual rim weight is a claimed 510g, and they're available in 20, 24 and 28 spoke drillings. Strada is the exclusive Northern EU and UK distributor of this new rim and will offer a choice of builds, with prices starting from £1,100. Ours have Chris King R45 hubs and Sapim CX Ray spokes with brass nipples, which pushes the price up to £1,575. Ours weigh 1,610g. 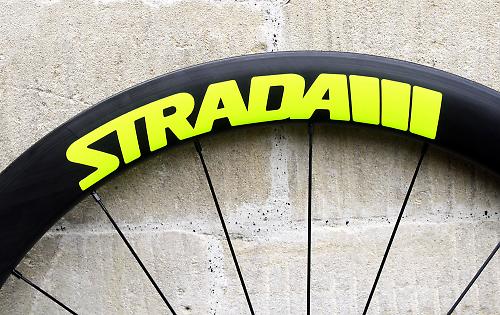 Oh, the flouro yellow decals are purely an option by the way. There are more conservative decal colours available.

Strada offer a two year warranty on the rim and there is a 100kg rider weight limit. Watch out for a full review soon.