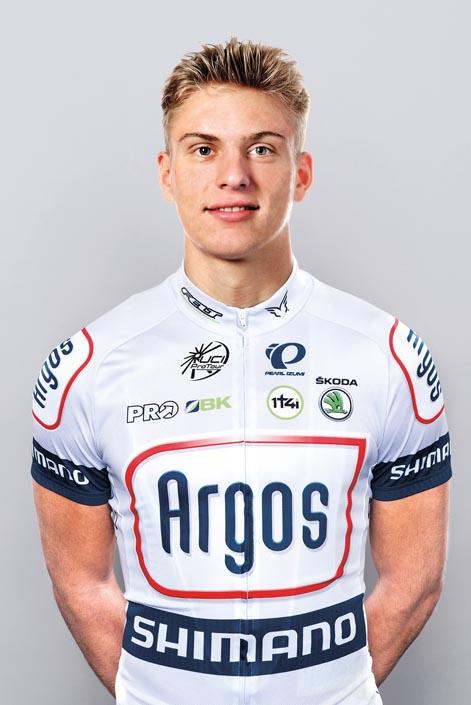 Meet the new boss of the Champs-Elysees... same as the old boss; young, fast and thanking his team mates...
by Simon_MacMichael

Marcel Kittel, winner of what is often termed the “unofficial sprinters’ world championship” as he took the final stage of the 100th Tour de France on the Champs-Elysees in Paris last night, says that teamwork lay at the heart of his success, his fourth stage win in this year’s race.

Lotto-Belisol’s André Greipel finished second with Mark Cavendish – winner here in each of the previous four editions and until yesterday evening never beaten in Paris – third.

Cavendish has also been reflecting on the frantic finale to the race’s concluding showpiece, a stage which deviated from the established script not only for the fact he failed to win, but also because of that late finish, plus a parcours that took the riders around the back of the Arc de Triomphe, rather than turning round before it.

Last year, Kittel abandoned his first participation the race early on due to stomach problems, but this time round he has emerged as the pre-eminent sprinter in the Tour, taking four wins to Cavendish’s two – the latter’s worst haul since his debut Tour in 2007.

Kittel wore the yellow jersey following the opening stage of this year’s edition on Corsica after he alone of the fast men avoided getting dropped as a result of a crash 5 kilometres from the end. At 23 years of age, he has emerged as the clearest contender to end the sprint domination that Cavendish has had over his rivals for six years now.

Following that victory yesterday evening, he described how his team’s homework, including research into Cavendish's past wins here, had paid off.

Marcel Kittel of Argos-Shimano, winner of the closing stage of the 100th Tour de France in Paris yesterday evening.

I am so proud of how we prepared the sprint and I have no words for it actually. This is something that is like a dream for me that's come true today.

To be honest, I really did not expect that this dream would come true so early and I'm really proud about it.
It takes a lot of work.

We train a lot and it's also a lot of planning and analysing. We are a really close group as a team and we did a great job in preparing the sprint and we did an analysis of the last years of the Champs-Elysées to see how the sprint works in theory and I think that helped a lot today.

We had so much success, way more than we expected.

We really enjoyed it and maybe that sounds stupid but it was a really successful race for us and it brought us closer together as a group and we can be happy about that.

A few sore heads then in the Argos-Shimano camp this morning, we imagine...

In previous years, Cavendish has made the Champs-Elysees sprint look ridiculously easy, with the closing lap of the race following a tried and tested script.

His team – HTC-Highroad in the first three of those years, Sky last year (when the focus during most of the race admittedly was the GC) and now Omega Pharma-Quick Step – look to keep the tempo high to avoid escapees getting too much of an advantage ahead of the final run-in, and by the time the race hit the flame rouge on the Rue de Rivoli last night, Cavendish looked in an ideal position.

The difference this year, however, is that while Cavendish’s sprint train has been dominant in each of those previous races, this year Argos-Shimano and Lotto-Belisol have upped their game and now, hitting the Place de la Concorde, they were at the front, too.

Cavendish’s recall of the end of a sprint stage is legendary – he says he can see it playing out in slow motion in his head, so here’s his view on how the closing few hundred metres went as the leaders hit the Champs-Elysees and he went head to head with the two Germans for the win.

Mark Cavendish of Omega Pharma-Quick Step on his first defeat on the Champs-Elysees.

It was a really fast sprint. To be fair, I wasn't quite in an ideal situation like I wanted.

I said to Gert [Steegmans], go to lead me out. If I manage to get behind those two, Greipel and Kittel, that is perfect because I can go then.

When they came past I shouted to Gert, I'll stay on them, but when I came around the last corner ... I think, in hindsight, maybe I should have gone earlier.

But, for when I went I kicked really good. Andre went across the road, and I had to go around the both of them and it did take me into the roughest part of the road on the right.

So I had to go into that.

I had to stall a bit and I was able to go again. I was coming, but it was just too late to beat Marcel Kittel.

It was Kittel's fourth win at the Tour here, so it's not like I've lost to an unknown rider.