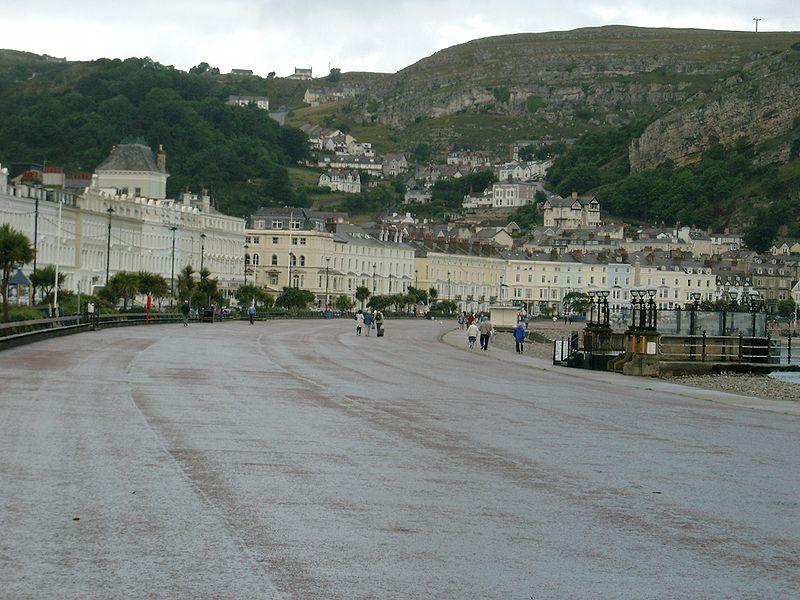 No accidents in Llandudno seals the deal
by John Stevenson

Cyclists can now legally ride along the promenades of Bognor Regis and Llandudno. A bylaw amendment allowing cycling in Bognor comes into force today, while in Llandudno, councillors voted last Thursday to make permanent the 12-month trial of cycling on the prom.

Arun District Council’s cabinet member for environmental services, Paul Dendle was responsible for the decision to lift Bognor Regis promenade cycling ban. “(It will) encourage cycling to become a more acceptable mode of transport and, like many other seaside towns, demonstrate support and commitment to a healthier lifestyle,” he told the Bognor Regis Observer.

Councillor Randle said the off-road cycling route would also create a safe cycling environment for Butlin’s clients and support Sustrans in its work to complete the national cycle route two from Bognor to Chichester, and open up a greater cycle network for clients who are more experienced cyclists.

The decision to allow cycling on Llandudno’s seafront comes at the end of a multi-year battle by local campaigners and the CTC to have the bylaw rescinded.

A report on the previous 12-month trial of cycling on the promenade was presented to Conwy Council on Thursday.

The report said that there had ben no crashes in the trial and CCTV monitoring of the area showed only two percent of cyclists travelling at “excessive speed,” according to the Daily Post.

The report said: “There are risks to injury, of both  pedestrians and cyclists, arising from this activity. However, the experience and evidence indicates  that perceived risks are not realised in practice.”

He said: “It’s about ‘share with care’. There have been some concerns about when it gets busy such as with a rally cars display or a bandstand concert but we can fence off that area.”

David Williams, Llandudno Hospitality Association chairman, said his members “ have no problem with pedestrians sharing with cyclists on the prom.

“It means that by and large the cyclists act more responsibly and are aware of pedestrians and  adjust their speed accordingly.”  He added: “We were against a designated cycle track which would encourage cyclists to speed on  the prom.”

Promenade cycling is a perennial bone of contention between seaside town councils and local riders. According to the sustainable transport charity, Sustrans, bicycles are permitted on some 125 seaside promenades throughout the UK.

Although local traders and tourism groups often support moves to allow promenade cycling, there are still a few hold outs. Cycling is still banned on Portsmouth promenade, for example, even though the city council promotes a 4.5 mile seafront cycle route.

The informational leaflet for the Portsmouth seafront cycling ride says: “IT IS NOT PERMITTED TO CYCLE ALONG THE SEAFRONT PROMENADE. NOTE: On busy summer days it is wise to be cautious when cycling along the seafront road as parked cars can pull out quite suddenly.” (Shouty capitals from original text.)