We spotted it in Corsica ahead of its official launch this week, here’s the full technical detail on their latest speed machine
by David Arthur @davearthur

Ridley today launch the new Dean FAST time trial bike that will be ridden by Lotto-Belisol in the Tour de France, starting on Sunday. We first spotted it earlier this week as the team were making final preparations to the new bike, but now we have some firm details on the key changes. 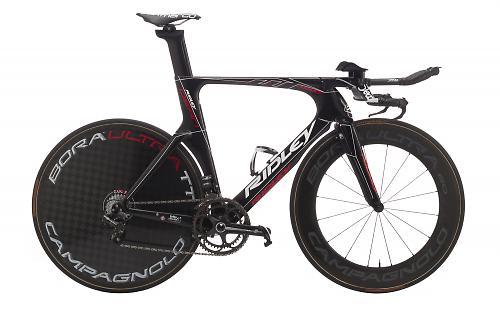 The new Dean builds on the previous model but takes the design a step further in the pursuit of aerodynamics, incorporating features first seen on the Noah FAST aero road bike (which we tested recently). 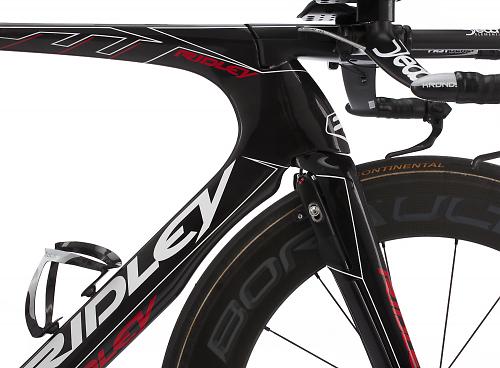 There’s now integrated brakes that are built into the rear of the fork and the seat stays, they’re actually a structural part of the frame. They're carbon fibre and essentially mini V-brakes, rather than caliper brakes used on regular road bikes. The front brake is different to the Noah, being operated by a centre pull mechanism. 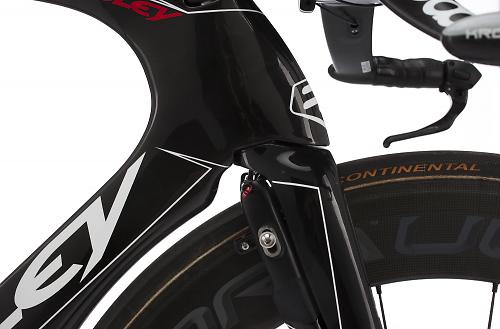 The brake cable is routed internally, keeping it well out of the airflow.The F-Splitfork technology first seen on the original Dean, vertical cutaways in the fork and seat stays that funnel air away from the wheels, reducing turbulent air and lowering drag, has been improved. They’ve extended the cutaways have been extended to the top of the wheel to increase their effective working range. 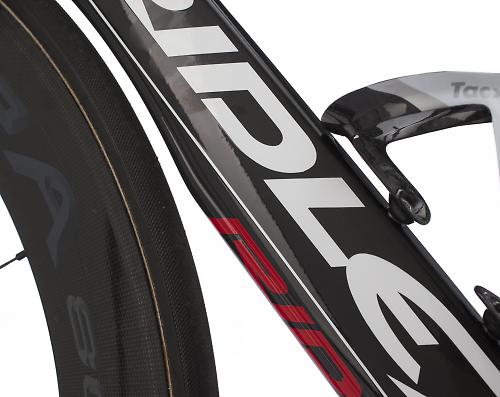 Previously stick on rubber strips, which were prone to peeling off, the F-Surface technology has now been integrated into the frame during the moulding process. Their job is to trip the passing air into turbulence, so the separation point is shifted further along the tube profile. The longer the air is attached to the tube, the lower the drag, when air separates you get a small area of low pressure behind the tube, which produces drag. They’re small ridges on the leading surface of the down tube and seat tube. They aren't’ that easy to see in the photos. 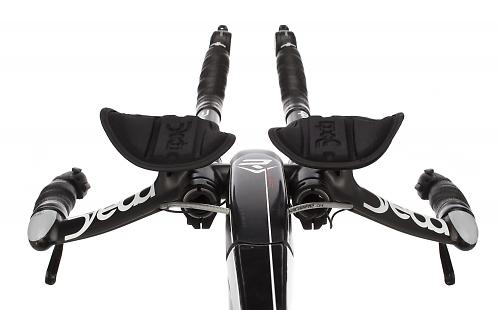 The last and biggest change is the new integrated handlebars and stem. This is similar to the approach being taken by most manufacturers, with the stem dropping down into the frame there’s a smooth passage for the air to flow from the very front of the stem, along the top tube and past the aero seat post. The cables and wiring all internally routed. 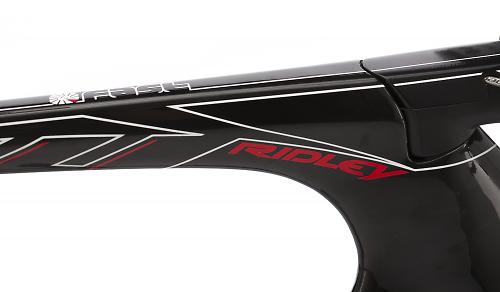 The Dean will accept any electronic groupset, and they team will be using the new internal Campagnolo battery. 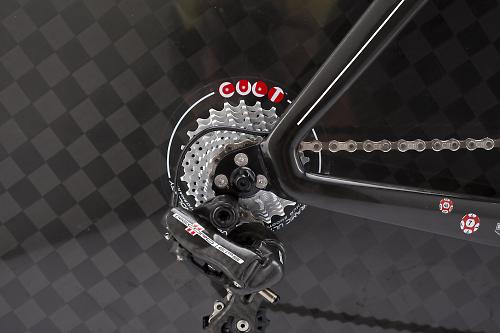 Out back they’ve opted for vertical dropouts because the feedback from the team was that this style dropout, instead of horizontal track-style dropouts, allows for quicker wheel changes.

We haven't had any details on availability and pricing yet, but we'll update this story as soon as we know.