The Tour de France is a prime time for manufacturers to launch new products, and Specialized have chosen today to officially unveil their new S-Works Evade aero helmet. The development helmets have been getting plenty of action this season, Mark Cavendish has been wearing one most of the year.

Aero helmets have been getting a lot of column inches this year, with quite a few now available. There’s Giro’s Air Attack (better known as the Bongo Hat in the peloton), Scott’s Vanish and yesterday Kask showed us the new Infinity that Team Sky will race in the Tour. We first reported on Specialized’s new lid when it debuted at Milan-San Remo, way back in March (seems such a long time ago) where a few of the Quick Step team were wearing it. The final production helmet appears to have changed little since we first spotted it. 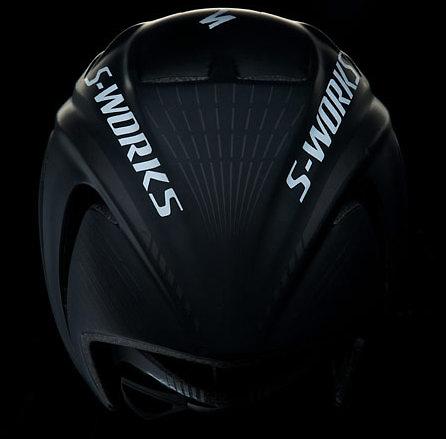 Specialized incorporated technology from their S-Works + McLaren TT helmet and developed a a series of vents that keep the head cool while still retaining much of the aero performance of a time trial helmet. There’s clearly less vents than the Prevail, but the vents, a combination of internal channels and exhaust ports, are shaped to offer the best compromise of ventilation and aerodynamics. It’s a tricky balance. It’s a lot more vented than either the Giro Air Attack or Scott Vanish helmets. Cav has been wearing his Evade most of the season, and seems happy with the ventilation, we've certainly not noticed him sweating more profusely as a result. 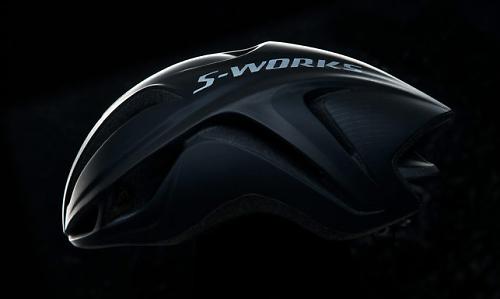 “Races can be won and lost by seconds,” Specialized remind us in their spiel, and this is clearly an advantage, no matter how marginal, that Cavendish will take. In their testing, the claim a 200 meter sprint at 1000W will gain the wearer a 2.6m advantage over the Prevail helmet. In speed tested at a range of yaw angles, they found the new Evade to be faster every time, and by quite substantial margins, than the Prevail. The helmet is made with a Kevlar-reinforced Inner Matrix with their Mindset micro-dial fit retention system and Tri-Fix web strap adjustments, with 4X DryLite webbing. The Evade meets CPSC, SNELL B90A, CE and AS/NZS safety standards. PRicing is set at $250, no word on UK pricing yet, but with the current Preval costing £160, we don’t expect it to be any cheaper.

Specialized reckon the Evade “looks like a proper cycling helmet, too.” While we’ll agree that is looks less like a Bongo Hat than some aero helmets, it’s still challenging in the looks department. What do you think?