Hot on the heels of the leaked Edge 810 Touring last week, Garmin have launched a new Monterra GPS unit that is powered by Android OS and is WiFi-enabled, combining the company’s mapping capabilities with the ability to download maps, routes, and apps through Google’s Play Store.

While Garmin’s Edge series (like the recently reviewed 810 and 510) are specifically aimed at cyclists who want performance data like speed, heart rate and cadence, the Monterra is aimed at outdoors people, walkers and hikers, who want the best navigational and mapping tool for finding their way from A to B,. Not how fast it takes them to get there.

Blurring the lines between GPS unit and smartphone (the biggest challenge to Garmin’s dominance in the outdoors GPS sector) the Monterra packs 4in colour touchscreen, 8-megapixel camera with flash and geotag ability, 1080p HD video camera with LED flash and 6GB internal storage with a microSD slot. 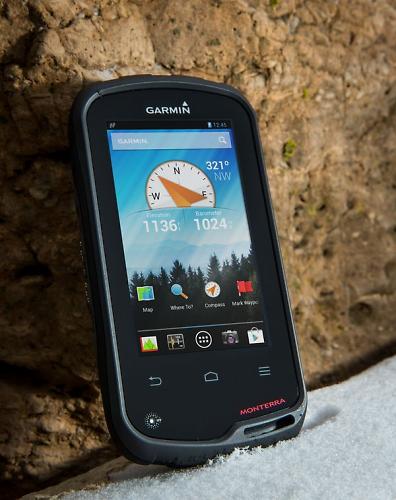 As well as those features, it has a built-in 3-axis compass with accelerometer and gyro, barometric altimeter for precise altitude information, and even a UV sensor to monitor the intensity of the sun. The Monterra also has an IPX7 waterproof rating and a rugged case built to withstand the harshest weather. It runs off a rechargeable battery pack (included) or AA batteries.

If it uses the same mount as the Oregon series, then that means you’ll be able to mount it to the handlebars, making it ideal for cyclists who want a dedicated mapping GPS device. The ability to download apps gives the Monterra extended capabilities. You could for example download a host of popular apps such as Strava, Endomondo, BBC Weather and have them all at the touch of a button. 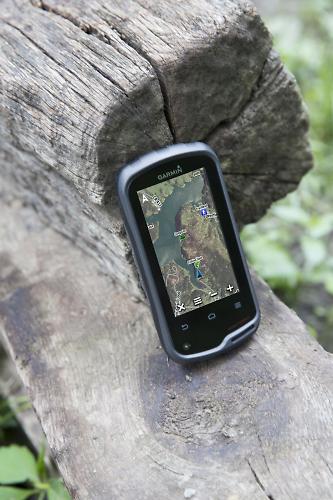 The expected price of £600 might be a stumbling block however, which puts it in within sight of smartphones. But then you are getting all the benefits of Garmin’s hardware - weatherproofing, GPS accuracy, tough touchscreen, longer battery life - with the added ability to easily download and upload routes, data and apps. If you don’t want to attach your delicate and expensive smartphone to the handlebars, then the Monterra might be worth a closer look.

The Monterra will be available in the autumn and is likely to cost £599.99, that prices includes preloaded Rec Map Europe with Navteq roads, and they’ll likely be doing bundles with other maps. More at http://www.garmin.com/outdoors