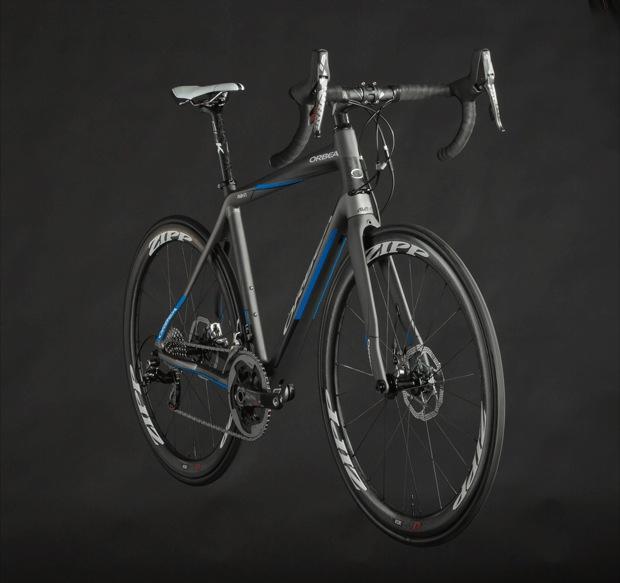 Orbea's new Avant, 'the most adaptable bike ever seen'

Orbea are launching a new Avant road bike this autumn that will be disc or rim brake compatible and suitable for either mechanical or electronic shifting. They’re calling it ‘the most dynamic and adaptable bike ever seen’.

Orbea aren’t exaggerating when they say it’s versatile: the carbon monocoque Avant will also take mudguards and a rack, tyres up to 28mm, and the rear dropouts will accept either a 130 or 135mm hub. With all those features, the Avant is quite a hard bike to categorise. We’ll go for ‘all-round road bike’ and leave it at that.

We’ve been banging on about disc brakes on road bikes for months now (“Change the record, road.cc,” says everyone) and here’s yet more evidence that they’re taking hold. Orbea say that from the start of the design process the Avant has been designed to take disc brakes, rather than a disc option having been added at the last minute as an afterthought.

The bike in the pics that Orbea have sent through is disced up (yes, it’s a phrase; I just invented it), the discs in question being SRAM Red hydraulics. There’s a whole Red groupset on there although we imagine the Avant will be available in a bunch of other builds too (but Orbea have not released any details on that yet).

We’re not 100% sure whether the same frame will be used for both disc brakes and standard calipers, but that would appear to be the case. Threaded holes on the chainstays just the bottom bracket look like they’re for a direct mount brake, like Trek spec on high end Madones, for example. The internal cable routing looks like it’s suitable for both mechanical and electronic systems too, rather than Orbea producing slightly different versions of the frame for each setup.

We know for certain that the Avant will come in seven different sizes (47, 49, 51, 53, 55, 57 and 60) and with two different forks, depending on the bike size. The fork will have a rake of 53mm on the smallest three sizes and 43mm on the larger ones, the idea being to “guaranteed correct steering geometry for a confidence inspiring ride”. 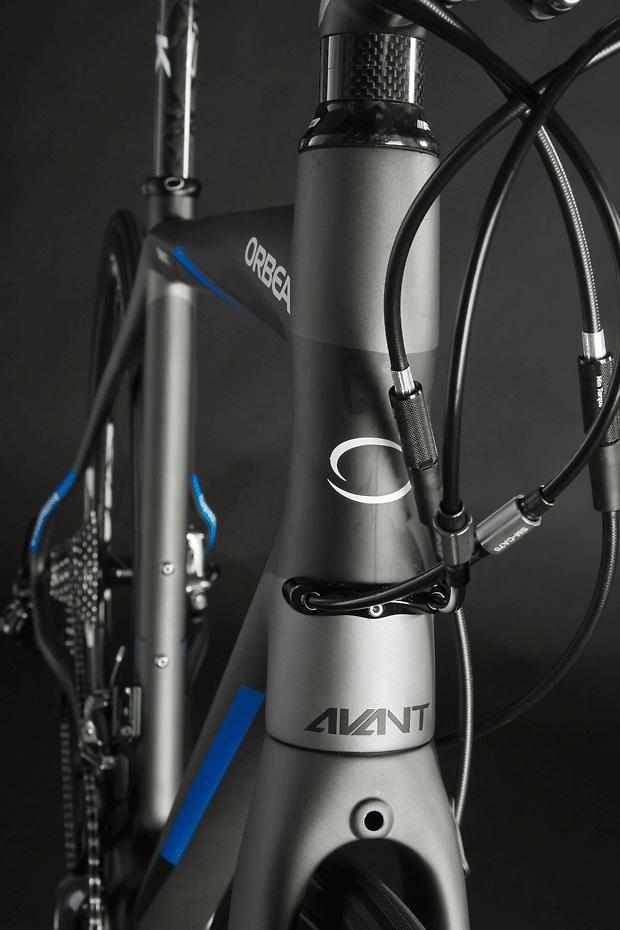 The Avant will also come with a press fit bottom bracket and a tapered head tube, and it’ll be available in three different colour options. It’ll have a lifetime warranty.

As for the name, well, that’s an interesting one… It comes from the Pax Avant race. Here’s the full story from Orbea:

“In 1375 the people of two opposing Pyrenean valleys, one Spanish and one French, made peace after years of border disputes. The local officials created an agreement through which the Gauls surrendered three cows to the Navarrese each year with a celebration in July.

“Political representatives and citizens of each valley come to witness and partake of the festivities that follow the ceremony. As in years past, three animals are selected and delivered. The act closes with the pronunciation of two words: Pax Avant! (So let there be peace!)

“The Pax Avant is a cycling tour running through the two territories. The event blends the charm of beautiful Pyrenean villages with the intensity and beauty of the Pyrenean landscapes."

So there you go. A bit of history to enrich your day, and the first ever appearance of the year 1375 on road.cc.

That’s about all we know about the Avant so far. The bike should be available from this autumn but we don’t have a price yet (we’re working on it). For more info go to the Avant micro site.