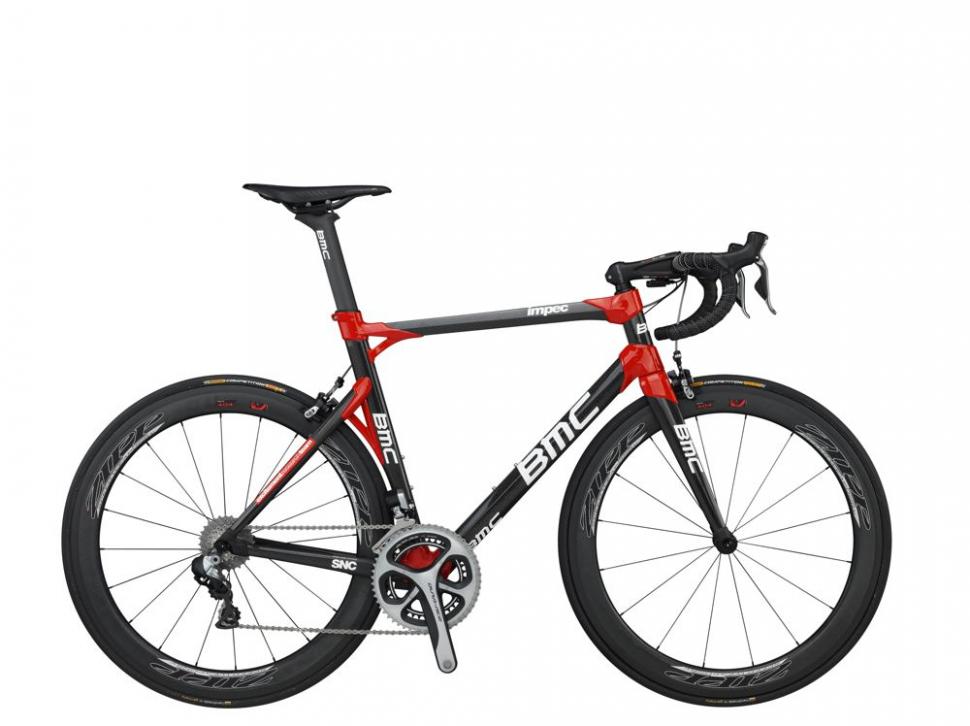 Product news in brief... and a right old mix it is too
by Mat Brett

The Swiss-made BMC impec is now available in the UK. BMC Switzerland has come to an agreement with Bristol-based Mud Dock Cycleworks, who will start selling it immediately.

You might remember that the Impec was released in 2010 with the slogan, “Handmade by machines.” The production techniques require sophisticated, purpose-built machines.

Evans Cycles remains the official BMC distributor. Due to strategic reasons, Evans opted not to sell the BMC impec in the past. While Mud Dock will offer the Impec model exclusively, Evans will continue to offer the remainder of the BMC lineup in their shops.

Mud Dock sold BMC before the partnership with Evans Cycles was established and will carry a fleet of Impec test bikes. They are offering accommodation incentives for potential customers from further afield, including a guided demo ride on the impec and dinner at the Mud Dock Café.

Prices range from £4,299 for a frameset right up to £21,100 for the Impec Lamborghini 50th Anniversary Edition. For further details go to Mud Dock's website. 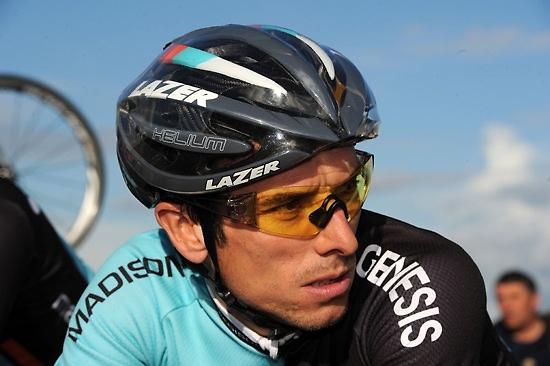 Madison Genesis Pro Cycling Team have a new helmet sponsor in Lazer – or, looked at another way, Lazer have a new UK and Ireland distributor in Madison.

Madison used to distribute Giro and Bell helmets (they’re from the same parent company) but that has come to an end and Belgian brand Lazer has come in to plug the gap. Madison will be distributing Lazer’s eyewear as well. The 2014 ranges of both will be available from July. 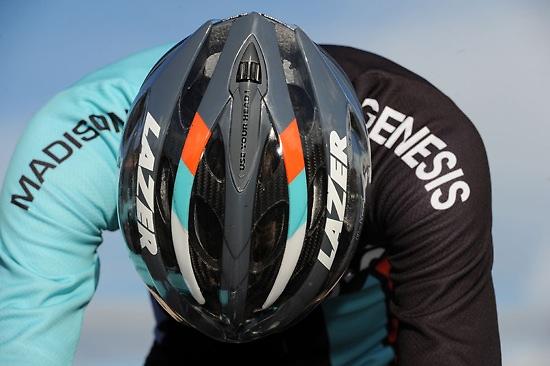 Madison Genesis will be riding in the Lazer Helium model in an exclusive team colourway which looks pretty cool to us. That says, “Use your head” along the top, by the way. Lazer also sponsor Lotto-Belisol and the Wiggle Pro Honda Cycling Team.

Fact of the day: Lazer are the world’s oldest helmet manufacturer, apparently. There you go; you didn’t know that, did you? They’ve been around since 1919 making lids for motorcycling and all sorts.

We should have some more Lazer news next week because our man Dave Arthur of Wimbledon Common is off on a foreign mission to pay them a visit on Wednesday. If you want more info before then, go to www.lazersport.com. 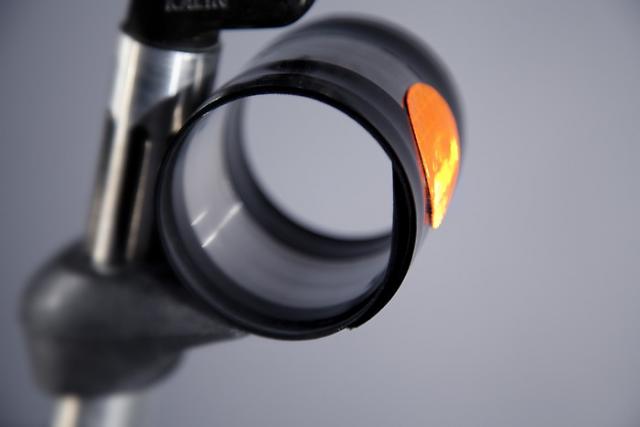 The latest bike-related Kickstarter project that we’ve heard about is this Plume recoiling bicycle mudguard.

It’s made from stainless steel and flexible polymer, and it attaches to various sizes of seatpost. When the roads are wet, you pull it out, and when the sun comes out… Am I insulting your intelligence here? You just press on the mudguard with one hand and it rolls up.

Now you see it… 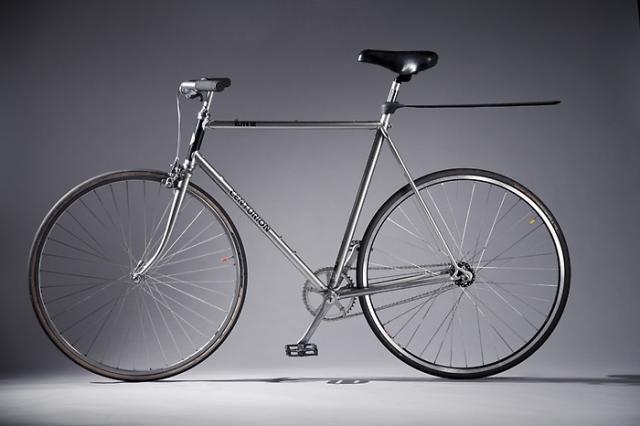 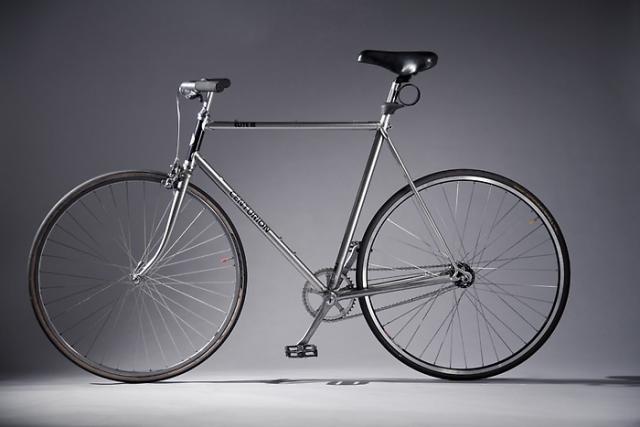 The guys behind it, Patrick and Dan, met in London. All the rain we get in this country stimulates creativity.

As usual, the more you pledge to the project the more you get in return. $35 US gets you one of the mudguards.

When we checked before the weekend, they were a third of their way to their $18,000 target. Now they're nearly there. Find out more on the Kickstarter site. 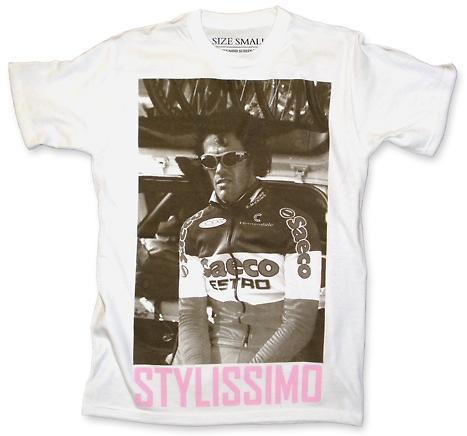 There’s a new bike-related brand on the block called Whitstable T-Shirt Company. We know what you’re thinking: “With news of another new cycling-focused clothing brand, why road.cc, you’re spoiling us!”

Oh, pipe down, you cynical bunch. Choice has to be a Good Thing.

Main man Seth Kay says, “All of the T-shirts in the current collection have a road cycling theme and are aimed at the casual wear market. We are proud that all of the T-shirts that we offer are designed, hand screenprinted and stocked here in Whitstable, Kent.” 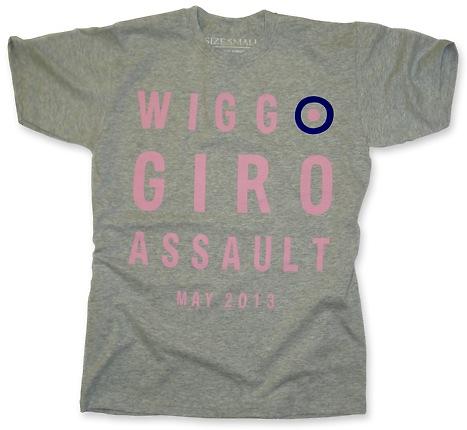 First European wind tunnel for bikes on its way to Belgium

The Flanders regional government has set aside €500,000 to help fund the Bike Valley initiative founded by several Belgium’s companies, including Ridley Bikes, Lazer and BioRacer. The funding will be used to establish an advanced R&D facility focused on the aerodynamics and technologies of human power.

“It will mainly be used for the construction of a bicycle-specific wind tunnel,” says Marc Hufkens of Bike Valley. “Such a wind tunnel, which doesn’t exist in Europe, clearly indicates our ambition of making Bike Valley the first worldwide, cross border, open innovation competence hub of everything related to bicycles.” 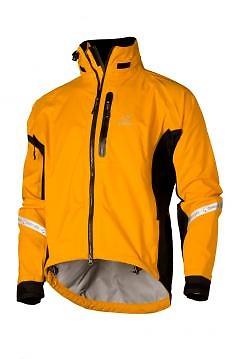 US all-weather cycling apparel brand Showers Pass have opened a UK sales centre in the UK. That should mean that the clothing gets much greater exposure than previously in this country.

We’ve reviewed a few items from Showers Pass – check out the Portland Jacket review from ages ago (still in the range) modelled by the smokin’ TR – and they’ve always impressed us, which is saying something because we know a thing or two about dodgy weather here in the UK. 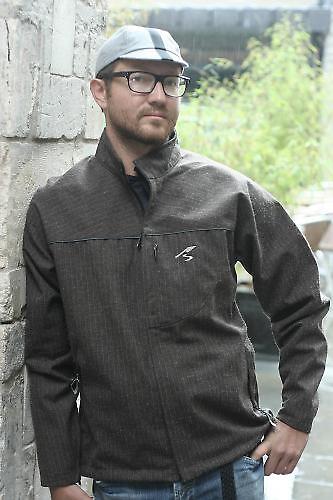 The Showers Pass range includes high-performance jackets and trousers (not ‘pants’; our gaff, our rules), plus gloves, shoe covers and other accessories.

Paul Lew of Reynolds came to pay us a visit on Friday (more on that to come on road.cc shortly) and one of the things he showed us was their new Cryo Blue Power brake pads. He told is that they offer a ‘game changing’ performance on carbon rims. 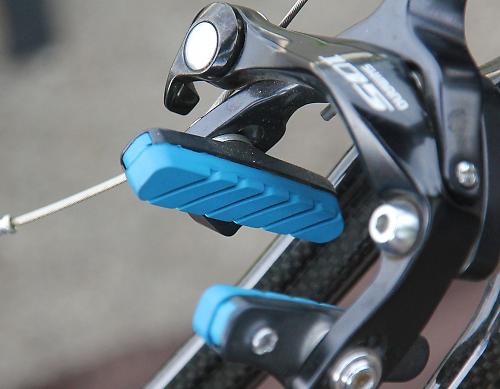 They are made from a different compound from the existing Cryo Blue pads, they feature more water-dispersing channels, and they’re significantly larger, although they still fit into standard brake shoes.

The end result, we’re told, is significantly improved braking in all conditions. The new blocks will ship with 2014 wheels and will also be available to buy separately. Reynolds' UK distributor is Upgrade Bikes.

CamelBak have introduced ‘Green Zones’ at the Giro where the riders have been asked to throw their empty bottles for recycling. All the bottles are being collected and donated to the public and/or local sports groups.

Usually, riders just lob their bottles when they’re empty. Members of the public might pick them up or they might just get swept away after the race or, worse, they could just sit in a ditch. There are 23 teams at the Giro, nine riders per team, about five water bottles each per stage, 21 stages. In total, that’s about… loads.

CamelBak have established two Green Zones on each stage (not the TTs), generally after feeding areas and 20km from the finish line.

CamelBak have designed a pink version of the 610ml Podium water bottle to mark the Giro that you can buy for £7.99. 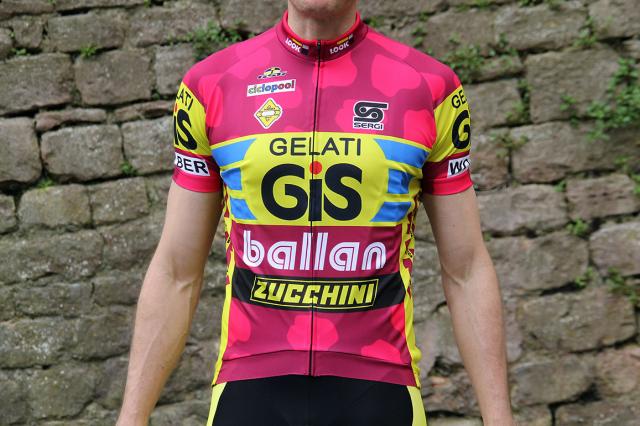 Prendas are currently stocking a copy of the Gis Gelati pro team kit from 1991 that has been made exclusively for them by Giessigi (GSG). The jersey is £49.95 and the bib shorts are £59.95, and both contain modern features like silicone grippers. You can buy them together for £99.95. 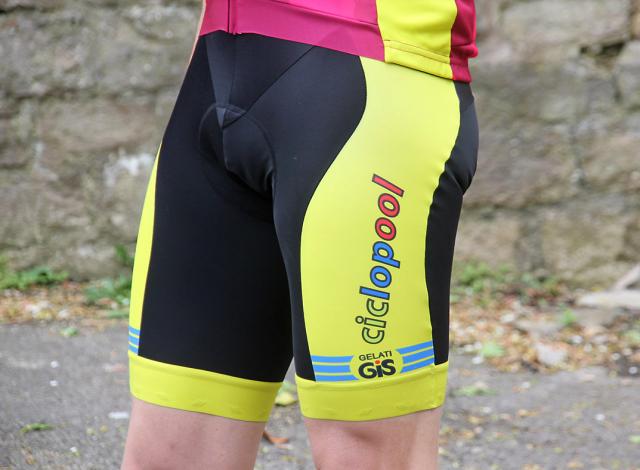 Gis Gelati was an Italian team that was around from 1978 to 1991, its greatest success being Francesco Moser’s Giro d’Italia win in 1983.

Prendas do a whole bunch of retro kits: Mapei, La Vie Claire, Peugeot/Shell, and Z, for example. Check them all out at www.prendas.co.uk.