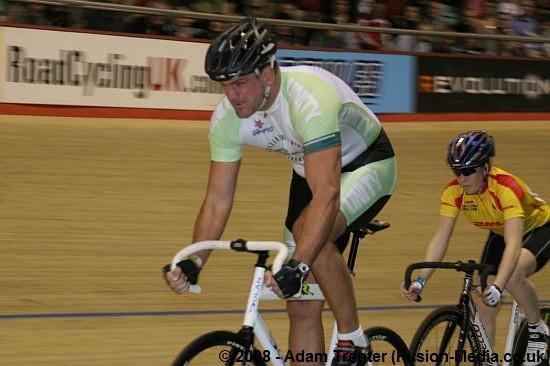 Martin Johnson, captain of England’s world cup-winning rugby team in 2003, will be using the occasion of the inaugural Prudential RideLondon FreeCycle event this August to attempt to set a new Guinness World Record for the most bicycles in a line. The current record, set in Davis, California, stands at 916.

It’s unlikely there will be a shortage of volunteers to help Johnson in his recird attempt – up to 50,000 cyclists are expected to attend the event, launched by Mayor of London Boris Johnson last year as part of London’s Olympic Legacy.

The route takes in iconic London landmarks including St Paul’s Cathedral, Buckingham Palace, the Houses of Parliament and the Tower of London, and all of those taking part will be invited to participate in the world record attempt.

Launching the bid outside St Paul’s Cathedral, Johnson, a keen cyclist – that’s him riding the Revolution Series at Manchester Velodrome in the picture above – said “This world-record attempt is a brilliant way to put cycling in the spotlight and I’d encourage everyone – no matter what their age or ability – to have fun and help to make history on two wheels by signing up today.”

The Prudential RideLondon FreeCycle takes place on an eight mile route in the centre of London on Saturday 3 August. You can find more information here.