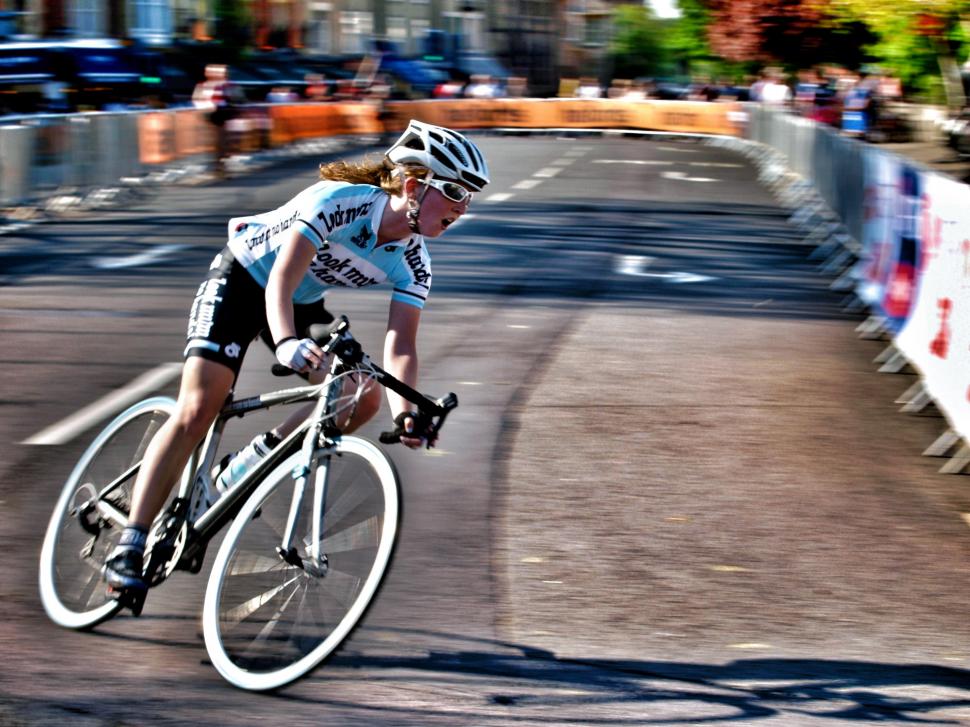 Stoke-on-Trent hosts first round, repeat visits to Colchester and Woking then first time for Ipswich and Aylsham
by Simon_MacMichael

The 2013 Johnson Health Tech Grand Prix Series will get under way next month in the event sponsor’s home city of Stoke-on-Trent, Staffordshire, which will host the first of five rounds that pit Britain’s top women’s teams against each other. Highlights will be shown on ITV4 the evening after each race as part of coverage of the Pearl Izumi Tour Series.

Ipswich in Suffolk and Aylsham in Norfolk will both host races for the first time, while Colchester in Essex, one of last year’s venues, returns, as does Woking in Surrey, included in the augural series in 2011 and back for a third year.

“The 2012 Grand Prix Series was a fantastic showcase for women’s cycling in the UK, providing a wonderful opportunity for developing riders to battle against some of the UK's best women riders – head-to-head – in  front of the TV cameras” commented Johnson Health Tech UK’s managing director, Jon Johnston.

“With 2013 being such a pivotal year for women’s cycling, we are delighted to be able to support the Series again. Feedback received following last year has been great, and with several brand new women’s teams entering, this Series looks like it will be the best yet.

“Feedback also suggests that the Series raises public awareness of women’s cycling and sport, and is helping in a moderate way to encourage more women to get involved in fitness and physical activity” he added.

“This helps us meet some of our corporate social objectives, and, combined with the increase in public awareness of our company that the event generates, it’s a win-win situation for us to partner with The Pearl Izumi Tour Series, the host cities, and the organisers, SweetSpot”.

Series race director Mick Bennett added: “Women’s cycling continues to be on the rise with Britain having some of the world’s top athletes. We look forward to providing a first-class platform for them to compete on once again this Summer.

“With the final three Johnson Health Tech Grand Prix rounds at our final three venues, the battle for both men’s and women’s honours will be going all the way to the wire in East Anglia.”