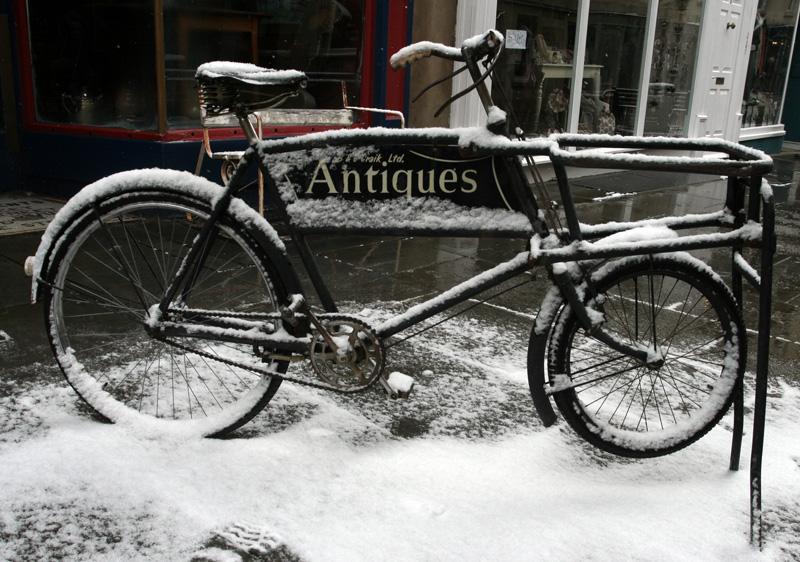 Other races, including Ghent-Wevelgem one-day classic, went ahead
by Sarah Barth

It will come as no surprise to readers who've spent the weekend under an unseasonal snowdrift, but this weekend the Iain Rennie Grove House Hospice Care’s Chiltern Cycle Challenge was called off due to the weather.

The challenge, hosted by TV star Fern Britton,  was to consist of a 10km Aylesbury cycle way family ride, or a 35-mile or 75-mile route through the Chilterns.

It will be postponed to a later date.

An announcement on the event’s website reads: “Unfortunately we have had to cancel the event due to the bad weather.

“We're hoping to rearrange the event and will contact everyone who was registered to take part by email on Monday.”

Other races went ahead in spite of the conditions, including the Ghent-Wevelgem one-day classic, which celebrated its 75 edition, with the only concession to the elements being a slice of the route - the first 47.5 kilometres to Gistel - being axed, the first adjustment to the route since 1952.

"In these weather conditions, it's the same to have a race of 190 kilometres or 240 kilometres," race president Luc Gheysens told Cycling Weekly.

"We want to respect the riders, they've already been through a horrible Milan-San Remo, a tough Waregem [Dwars door Vlaanderen], and a very tough E3 Harelbeke."

"It's a good move on the organiser's part," Allan Peiper, BMC's performance director explained. "The riders have been through a lot in the last couple of weeks."

Peter Sagan was the eventual winner of the race.