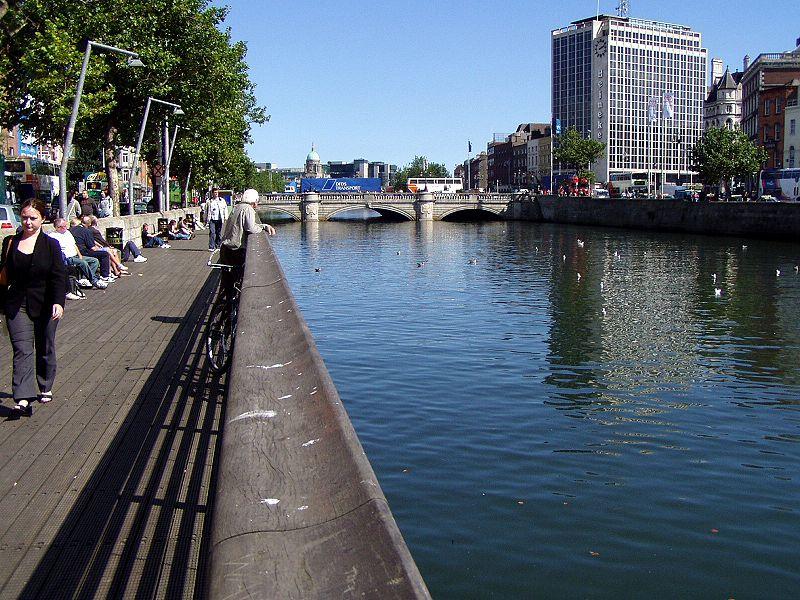 With new bike hire scheme Dublinbikes starting this Sunday, cyclists in Dublin had more cause for celebration with the news that a new €10 million cycle route linking Rathmines to Fairview Park will be introduced next year.

The 7km route will be largely off the road and segregated from traffic, and will provide a much safer environment for commuters accessing the main employment areas of the city and leisure cyclists, Minister for Transport Noel Dempsey said.

The money is being given to Dublin City Council by the Department of Transport to build the cycle lanes, which will run along the Grand and Royal canals and through the city’s docklands, crossing the river Liffey at the new Samuel Beckett Bridge, but the council has agreed to remove 130 of its paid parking spaces along the route.

The bulk of the route will run along the towpaths of the two canals, where there will be a distinct separation between the cycle and the pedestrian areas, but over some parts of the route existing traffic lanes may have to be used for the cycle path, reducing the space for motorists.

The new lanes will be above the level of the roadway, and there is likely to be a barrier to ensure that cars cannot enter the cycle path. The lanes will be up to 3.5m wide to allow cyclists to travel in both directions.

Dublinbikes will see a total of 450 new bikes at 40 different locations in the area between the two Dublin canals after Dublin City Council awarded a 15-year contract to French advertising giant JCDecaux to provide the bicycles and maintain them in return for advertising space in the city.

The bikes themselves are meant for short journeys and tariffs are set accordingly. They will be free to hire for the first 30 minutes of each journey and will be available from 5am-12.30am seven days a week.

And three of the bike stations will be on the new cycle route at Charlemont Street, Wilton Terrace and Herbert Place, all along the Grand Canal on the southside.

Construction of the new route is due to begin in January and be completed by the end of next year.