Merida have shown the brand new Ride bike that Team Lampre Merida will ride for the first time at Taipei International Cycle Show. The bike is designed to combine performance with comfort, coming with an internal carbon spring clip in the fork and elastomer wedges to smooth the ride.

We first told you about the new bike when we went to Merida’s 2013 launch in Mallorca last month but we were unable to show you pictures at the time, but now we’ve seen in at had a chat about it with Juergen Falke, Merida’s Head of Design. The most eye-catching feature is that fork. Essentially, Merida have taken a large notch out of each fork leg and put an elastomer in there instead. The idea is to encourage a small degree of flex. Juergen says that the fork would flex without that elastomer but the idea is that it helps control the rebound. 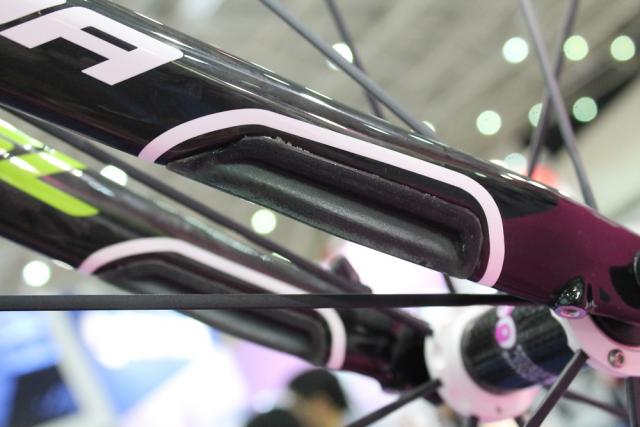 The Ride is designed a lot like Merida’s high-end Scultura SL road bike but it comes with a longer wheelbase and the chainstays in particular have been sculpted to encourage vertical movement. The profile is wide and short – like Merida have done on previous designs, but more so. 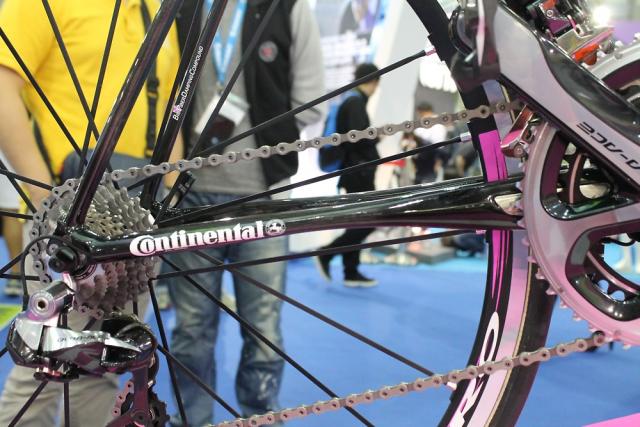 Juergen reckons that the Scultura will give largely in the upper section of the frame – the upper section of the seat tube and the seatpost mostly – but the Ride will give down below too because of the longer wheelbase and that chainstay design. He says that there’s no loss of sideways stiffness, so efficiency has not been compromised, and the Ride is only 130g heavier than the Scultura. In terms of comfort, Juergen puts the Ride on a level with Trek’s Domane and BMC’s Gran Fondo, and like those two bikes, it’ll see a lot of service in the cobbled Spring Classics. We don’t know what size tyres Team Lampre Merida will use but the Ride will take up to 28mm. 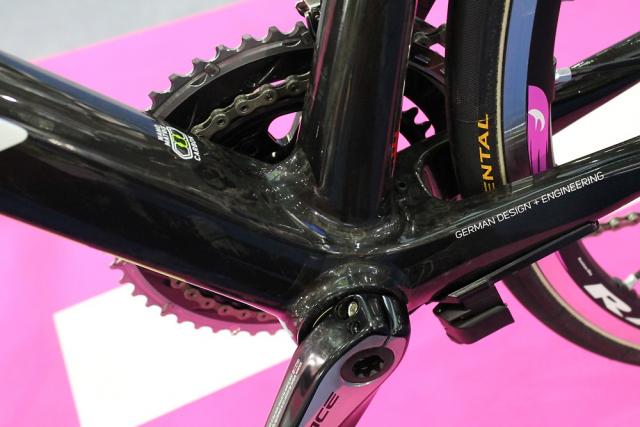 When the bike becomes available to the public, you’ll be able to use mudguards if you fit 25mm tyres. The threaded mounts are neatly located on the back of the fork legs (check the close-up pic of the elastomer above) and behind the rear dropouts so they’re hardly noticeable.