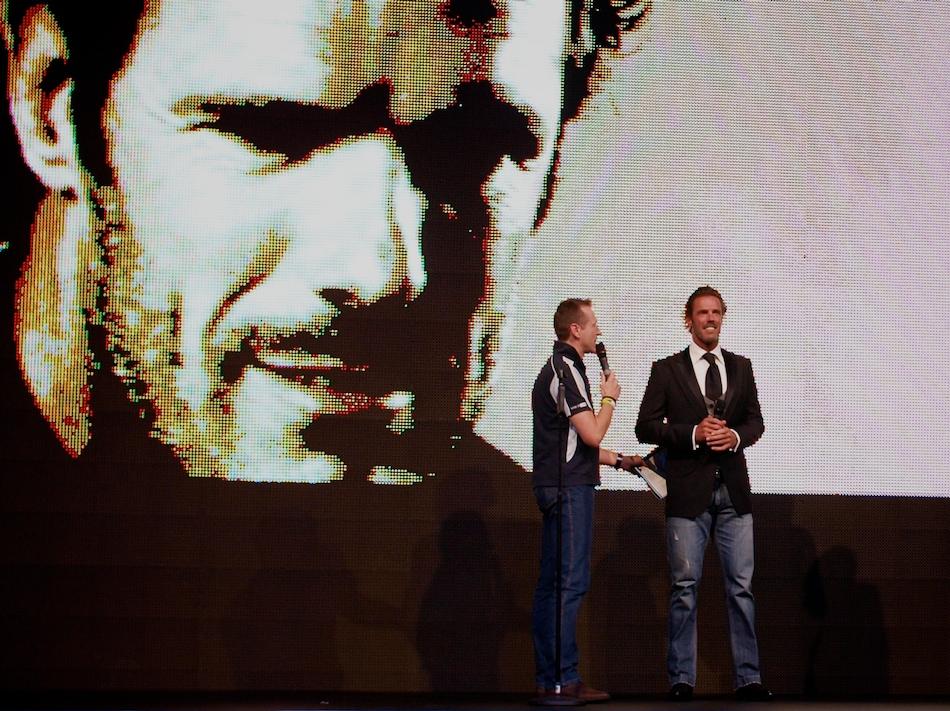 Mario Cipollini has strongly denied, via his lawyer, what he describes as “absurd accusations,” contained in an article in today's Gazzetta dello Sport, that with the assistance of the Spanish doctor Eufemiano Fuentes he doped his way to his world championship win in the Netherlands in 2002, and is willing to have his blood tested to prove his innocence.

It's not often football gets knocked off the front page of the Italian sports daily, but the allegations against Cipollini see the race for the Serie A title relegated to the sidelines.

Inside today’s newspaper is a two page article, some of which is also published online, under a headline that translates as ‘Cipollini: a shattered legend’ together with a picture of a year planner filled out in what is said to be Fuentes’s handwriting that details the 45-year-old Italian rider’s racing programme that year.

The planner, bearing the stamp of Spain’s Guardia Civil, which seized it during Operacion Puerto, shows symbols entered on certain dates that are claimed to refer to substances such as EPO, human growth hormone and insulin, as well as extraction and re-injection of blood.

Precise details and dates, in other words, of how Cipollini, who since his retirement has launched a high-end brand of bikes and clothing, is alleged to have followed the doping programme drawn up for him by Fuentes, together with precise details of substances and dates, the latter co-ordinated to minimise the risk of detection.

According to the Italian newspaper, Cipollini went by the code names ‘Maria’ and 'CP' in Fuentes’s records, and it says he was also linked to the doctor through the presence of his home fax number among the documentation. The newspaper also claims that separate payments of €15,000 and €25,000 were made to Fuentes during the period.

Even by the standards of Cipollini’s glittering career, 2002 was a standout year, taking his only victories in Milan-Sanremo and the world championships, and getting a third win in Gent-Wevelgem.

Initially, he had announced his retirement after that Milan-Sanremo win, which came at the twelfth attempt, because his Acqua & Sapone team had not received a wild card entry to the Tour de France.

However, he changed his mind back, and capped the year by winning the rainbow jersey – but in the run-up to the race, the newspaper says, he reinfused two of the bags of blood that Fuentes had taken from him earlier in the year.

If the documentation obtained by the Gazzetta dello Sport is correct, he achieved all three with the assistance of a comprehensive doping programme devised by Fuentes.

For good measure, he also picked up six stage wins and the points jersey in the Giro d’Italia, and three stage wins at the Vuelta, leaving that race after Stage 8 to prepare for the world championship in Zolder.

His early departure from the Vuelta was for a stated reason that has a particular resonance in the light of today’s allegations: “The worlds are a month away,” the Gazzetta quotes him as saying. “I need to do a certain type of training for that parcours.”

The newspaper says that Cipollini was a client of Fuentes from 2001 to 2004, which would put him outside the eight-year statute of limitations that currently applies under the World Anti Doping Code. Such protection may not apply in the case of criminal charges being brought, however.

This evening, the Gazzetta dello Sport has published on its website extracts from a statement issued on Cipollini’s behalf by his lawyer, Guiseppe Napoleone, who refutes its claims in no uncertain terms. It reads:

“With this communication are categorically denied the unfounded and absurd accusations placed against my client. The documents published do not in any way refer to him. The fax number that appears on the incriminating table [the year planner], which according to the fanciful journalistic reconstruction is traceable to Mr Cipollini, is not a fax number but an Italian telephone number that does not belong to my client, and moreover is a handwritten annotation. In this regard it should be noted that until 2004 Mr Cipollini was resident in Monaco…

“But there is more. In the fanciful article one reads that the presumed codename would be ‘Maria’ or ‘CP’. A very strange circumstance when one considers that other athletes implicated in Operacion Puerto were indicated, as is made evident in the same article, with a single pseudonym; ‘Brillo,’ ‘Piti,’ ‘Zapatero,’ “El Bufalo.’ Mario Cipollini even has two pseudonyms!

“But the article omits to refer to the fact that already, on 24 August 2006, the newspaper La Reppubblica, published the news that the athlete in question [Cipollini] had the codename ‘Pavarotti.’ So, at this point there would be three pseudonyms strongly linked to the athlete. Mr Cipollini, as further evidence of his having nothing to do with the matter, makes himself available with immediate effect to whatever haematological verification against the 99 bags of blood still in possession of the Spanish authorities. In consideration of the above, I have received a broad mandate to safeguard the interests of my client in both civil and criminal courts.”

The Gazzetta dello Sport points out that despite Cipollini’s lawyer’s insistence that the fax (or telephone) number has nothing to do with his client, it is the exact one that journalists used to contact the rider himself during those years, and the prefix is that of his home city, Lucca.

As for Cipollini’s willingness to have his blood tested and compared with those seized from Fuentes and kept by the Spanish authorities, given that he had already retired by the time of the police raid on the doctor’s clinic, it is valid to speculate whether his offer is made in the knowledge that there is nothing to find.

Michele Scarponi, banned for 18 months in 2007 after admitting using Fuentes’s services, went by the codenames Il Presidente and Zapatero – the latter being the Spanish word for ‘shoemaker,’ Scarponi’s surname translating into English as ‘boots.’

Blood from the only Spanish cyclist to have been sanctioned as a result of Operacion Puerto, Alejandro Valverde, banned for two years worldwide after the UCI and World Anti Doping Agency appealed his case to the Court of Arbitration for Sport, was kept in a bag marked ‘Valv.Piti,’ the second group of four letters being the name of his dog; he also appeared in Fuentes’s records as ‘AV’ and ‘Vic.’

The Spanish cycling federation, the RFEC had taken no action against Valverde, but the anti-doping unit of CONI, the Italian Olympic committee, established that blood from that bag was a match for Valverde's DNA contained in a sample taken from him when the 2008 Tour de France ventured across the Italian border.

The pseudonyms used by Fuentes, it has to be acknowledged, aren’t quite up there with the Enigma code cracked at Bletchley Park during World War 2, and in some cases the apparently thinly disguised names won’t have done his clients any favours.

It has been claimed that Alberto Contador, riding when the Operacion Puerto scandal broke for the Liberty Seguros team to which Fuentes was doctor at the time, is the ‘AC’ named in the records, although the rider was investigated by the Spanish authorities who found no case against him and formally cleared him.

Speculation in recent days has centred around the identity of a Classics rider nicknamed ‘Luigi,’ with Fabian Cancellara strongly denying on Thursday that he is the cyclist concerned after rumours spread on Twitter.