We brought you details of the Ag2R Focus team bike yesterday, now it’s the turn of the other French-based squad, Team Française des Jeux (FDJ), to show us their sleek Lapierre Xelius EFI Ultimate Di2, a brand new frame for the 2013 season which was debuted by the team last year. It’s lighter, just 890g, and up to 20% stiffer than the previous Xelius.

The Xelius EFI is the French manufacturers all-new high-end carbon fibre offering. It was first spotted between the legs of team riders last year, and is the frame the team will be racing throughout the 2013 season. 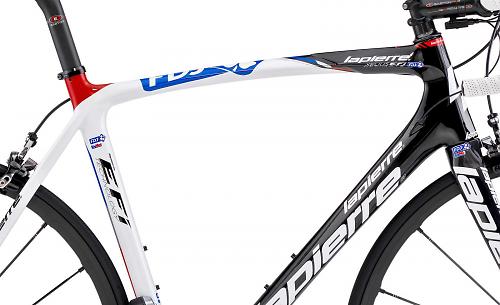 It also now goes on sale. Yes, you can buy this actual bike with brand new Shimano Di2 and Mavic wheels… okay, it's going to cost you £6,200, but then it is a no expense spared top of the range team bike, so par for the course we'd say. It’s not often you can buy exact team replicas, so hats off to Lapierre for bucking the trend.  If your budget can’t or won’t stretch, there’s the more affordable Xelius EFI 400 FDY replica with Shimano Ultegra for £2,599.

EFI, if you’re wondering, stands for Efficient Frame Interactive. And all that efficent frame interactivity is responsible for an 80g weight loss (890g frame weight), 20% stiffness increase at the head tube and 10% at the bottom bracket, compared to the previous frame - according to Lapierre. Greater stiffness leads to greater efficiency, is is at the heart of Lapierre's design. That, and professional riders are always demanding stiffer and stiffer frames. 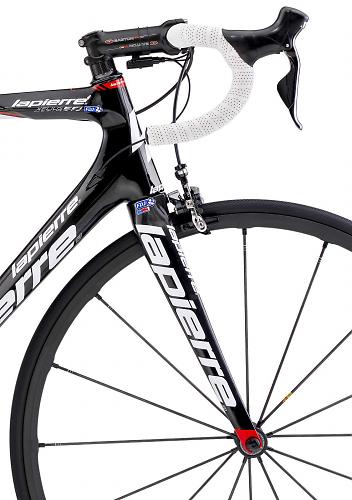 That extra stiffness is achieved mainly Lapierre tell us by oversizing the tube profiles along the bottom half of the frame. Of course there’s a tapered head tube up front (pretty much standard on all top-end carbon frames this year, and indeed pretty much all performance frames) and a PressFit bottom bracket - this allows the bottom bracket shell to be as wide as possible, permitting a bigger surface area for the down tube, seat tube and chainstays. It’s all about maximising stiffness. The chainstays are pretty enormous too, in comparison to the skinny seat stays. The curved slender top tube flows seamlessly into the shaped seat stays. Each tube blends smoothly into the next, with gentle curves at the head tube and from the top tube into the seat stays. It’s a good looker.

Lapierre also spent time in the Magny Cours wind tunnel (where Giant tested their Propel Advanced SL) and, it says, found a 2% aerodynamic gain over the previous frame. They’re not selling it as an aero road frame though, but it does show the importance designers are placing on aerodynamics. The result of the changes gives Lapierre the confidence to claim 4% energy saving ‘based on the same performance’. They’ve not given us any more details than that though... 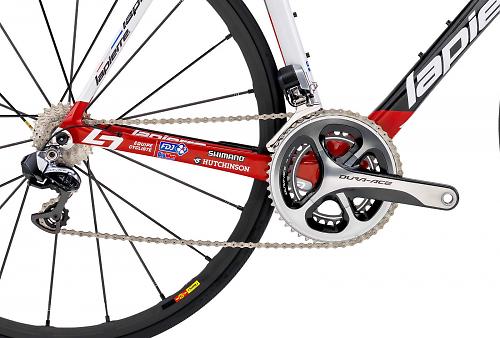 Cables are routed internally, as you'd expect these days, and it’s compatible with electronic wires and has a battery mount on the bottom of the down tube, although with the new  internal seat tube battery on latest Dura-Ace Di2 9070 groupset, which the team will be using, this mount is now redundant. Still, it does mean the current Dura-Ace and Ultegra Di2 groupsets can be used on bikes further down the range.The team bikes are use Shimano’s PRO finishing kit, so that’s the handlebar, stem and seatpost. 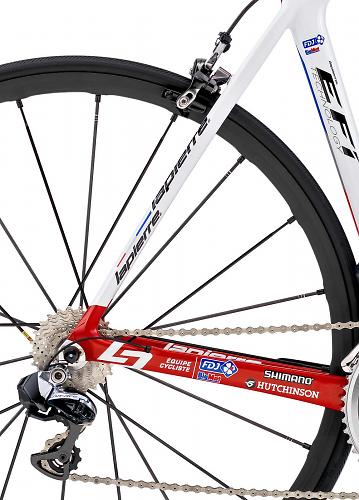 We’re seeing a lot more teams supplied by Shimano this year also speccing PRO components, we’re guessing Shimano are pushing the use of their own line of components more this season. That or they’re offering some very good deals. The bike you can actually get your hands on has Easton EC90 parts instead. Team riders and customers alike will be given Fizik Arione saddles.

And while the team will use a selection of Shimano wheels, the replica bike is supplied with Mavic R-Sys wheels.

You can see the full Lapierre 2013 range in this article.