Raleigh have delved into the history books and, to celebrate their 125th anniversary, produced a replica of the bike raced by the TI-Raleigh Team during the early 1980s.

It's constructed from a Reynolds 525 tubeset and emulates the look of the original with its horizontal top tube and dashing paint job. In keeping with how the original was built, there's a full complement of Campagnolo, Cinelli and San Marco components.

Just 125 bikes will be sold (see what they've done there?), and half of these have gone already, so you'd best get on down to your nearest Raleigh dealer or over to their website if you want to get your hands on one of these gems.

It costs £2,000 and will be built with a Campagnolo Veloce groupset and Athena brakes, Mavic Open Pro rims on Campagnolo Record hubs with Challenge Criterium tubular tyres. A San Marco Concor Super Corsa saddle and Cinelli Giro d'Italia handlebar on a Cinelli quill stem complete the build. Weight is a claimed 9kg (19.8lb).

TI-Raleigh was actually a Dutch team but they raced with a British licence. They had much success, most notably during the Tour de France in 1980 with Joop Zoetemelk winning 11 stages. There were also five World Championship titles plus a string of victories in races like Paris-Nice, Amstel Gold Race, Ronde van Vlaanderen and many more. 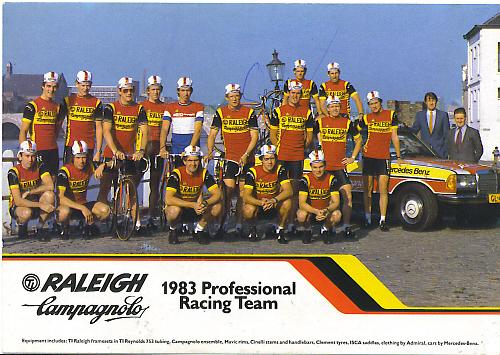 Geoff Giddings, Raleigh Marketing Director told us, “We take a lot of pride in the fantastic achievements of the professional athletes we’ve supported over the last 125 years. This bike celebrates possibly the greatest achievement in Raleigh’s sporting history, Joop Zoetemelk’s victory in the 1980 Tour de France. 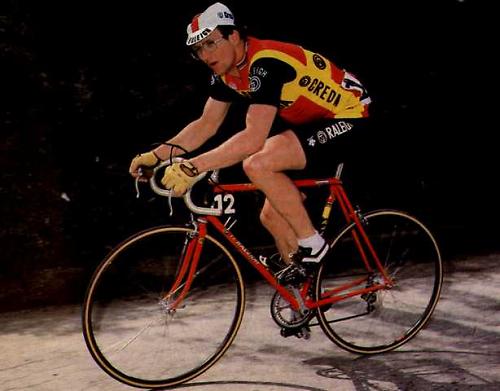 “With over 50% of these bikes sold on pre-orders it’s clear that there is a huge demand for classic bikes, one which we’ll be continuing to explore through our Classic and Heritage range in 2013.”

Head over to www.raleigh.co.uk for more info.