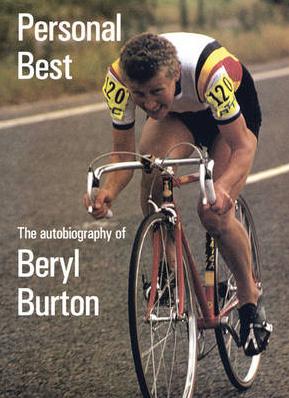 Beryl: A Love Story on Two Wheels tries to bring the sportswoman of the 50s and 60s into the mainstream consciousness
by Sarah Barth

You've possibly heard a little about Beryl Burton, the legendary cyclist who broke world records in the 1950s and 1960s, and a radio play airing today tells the story behind the woman who dominated road cycling for 25 years.

Written by the actress Maxine Peake, the idea for the play, Beryl: a Love Story on Two Wheels, came as soon as she heard about Burton.

She told the Radio Times: “I just sort of stumbled across her really. My boyfriend, who's obsessed with building old racing bikes, bought me her book for a birthday present and there was a note inside, get your hair in a curly perm and there's a part in here for you.

"I read it and thought, why don't I know about this woman? I cycle and enjoy it, but a sportswoman of this calibre who was at the top of her game for so long, why hadn't Beryl filtered through to the mainstream?”

Peake said: "Initially I wanted to write about this woman, about how difficult it must have been for her in the late 50s and 60s to be a sportswoman, albeit amateur because she couldn't be pro at that time.

"And be so dominant and dedicated and have a husband and a family, and how did she do this?

"I was looking for this slant of Beryl battling, and there were stories that came through, obviously she did experience a bit of sexism but the family was such a tight little unit, they did their own thing, went to the beat of their own drum it.

"They didn't seem to care what other people thought.”

As a child, Burton was diagnosed with a heart arrhythmia and told not to exercise too strenuously. At the first cycling club race she took part in, she came in ninth, which made her burst into tears.

Initially Peake only wanted to be in the play, rather than write it. She approached Justine Potter, who produces Craven, a Radio 4 series Maxine stars in, written by Amelia Bullmore.

“I said to her what do you think, and she said 'Go on then, write it.' And I went, oh no, is there nobody else could do it and I could just be in it? But [the answer was] no. I thought I've got to do it now.

""I loved the writing. It was a bit difficult fitting in between jobs, because I was filming at the time. I'd be writing all hours, up late at night and early in the morning. But it was good, I did really enjoy it.

"I spent days where I'd say, 'I'm just going to sit in the front room and do a bit of writing' – that would be about 9am – then I get dragged out for lunch and go back, then about 10pm I'd get 'You've got to stop now!'.”

Beryl: a Love Story on Two Wheels, is now available on the BBC iPlayer