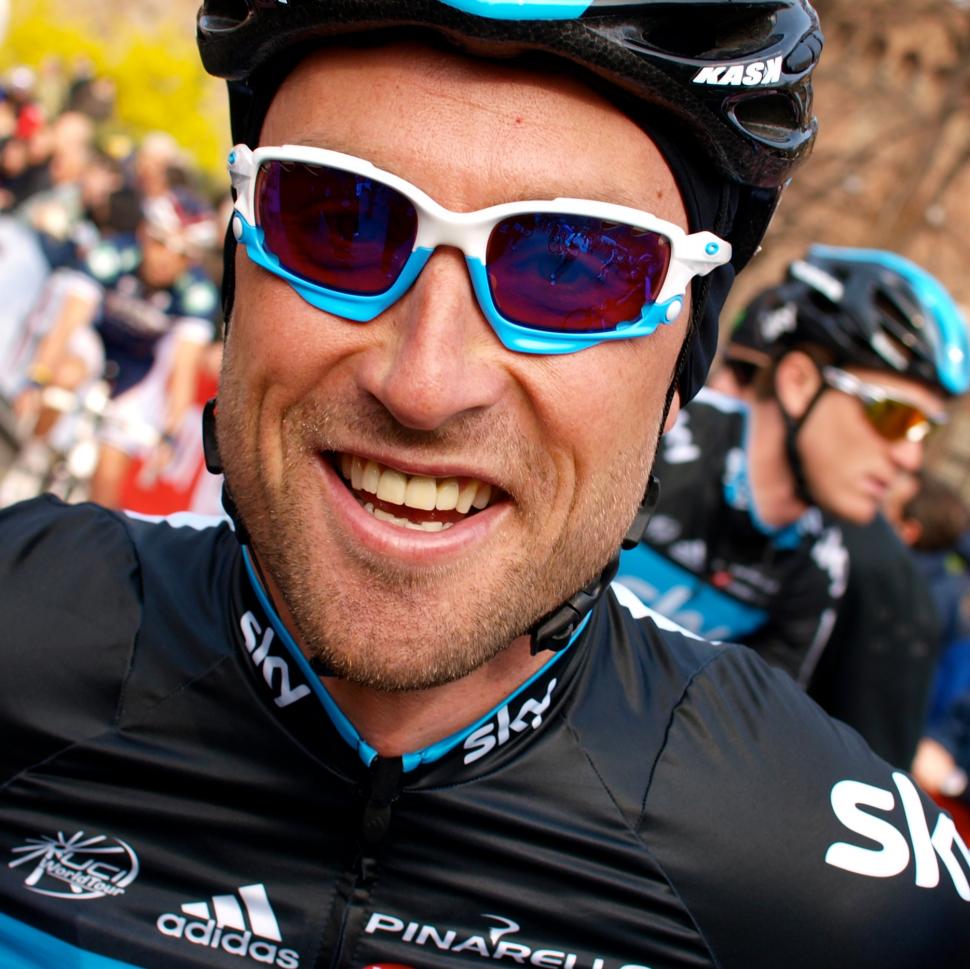 Bernie Eisel stays at Sky as he and Cav part ways

Team Sky have confirmed that Austrian rider Bernie Eisel, who joined the outfit for the start of the 2012 season from HTC-Highroad alongside close friend and room mate Mark Cavendish, has extended his contract until the end of the 2015 season. Earlier this week, it was confirmed that Cavendish will ride for Omega Pharma-Quick Step next season.

While Eisel's principal role at HTC and again with Sky has been to help keep Cavendish out of trouble in Grand Tours, staying with Sky means that he will now have opportunities to step fully out of the Manxman's shadow and pursue his own ambitions, notably in the classics where he already has a strong record.

This year, he finished third in the E3 Prijs Vlaanderen in March, before going on to ride as a key member of the team in the Giro d'Italia, where Cavendish narrowly missed out on the points jersey, and the Tour de France where the pair supported Bradley Wiggins' pursuit of the maillot jaune.

For a brief spell during the Olympic road race, the 31-year-old also became an honorary Brit as he joined Cavendish and colleagues at the front of the bunch in their unsuccessful attempt to reel in the break that would produce the winner, Kazakhstan's Alexandre Vinoourov.

Eisel is likely to get opportunities in the Spring Classics, where he has a solid recent record, winning Gent-Wevelgem in 2010 and twice figuring in the top ten of Paris-Roubaix, the second of those in 2011.

Reflecting on his decision to stay at Sky, Eisel said: “I’m delighted to have extended my contract. Although I haven’t had a win this season, I’ve had a really enjoyable first year with the team and have been able to contribute to some historic performances.

“I’ve loved taking on a senior role in the squad. Having the chance to advise the younger guys is something I’ve really enjoyed doing, and want to continue doing that over the next three years.

“The fact that Mark Cavendish is leaving us made this one of the toughest decisions of my life, and I wouldn’t have stayed if I hadn’t felt absolutely at home here.

“Mark and I have ridden together since 2007 and he was my only room mate during most of that time. I haven’t just looked after him on the bike, I also regard him as a brother, so it will be strange competing against him in the future.

“In terms of 2013, I’m sure I’ll have more chances to get my first victory for the team, and at the same time I’ll continue doing what I am best at, which is helping other people win.

“We’ve accomplished so much here already at Team Sky but I’m sure there will be plenty more success in the future and I’m excited by that prospect.”