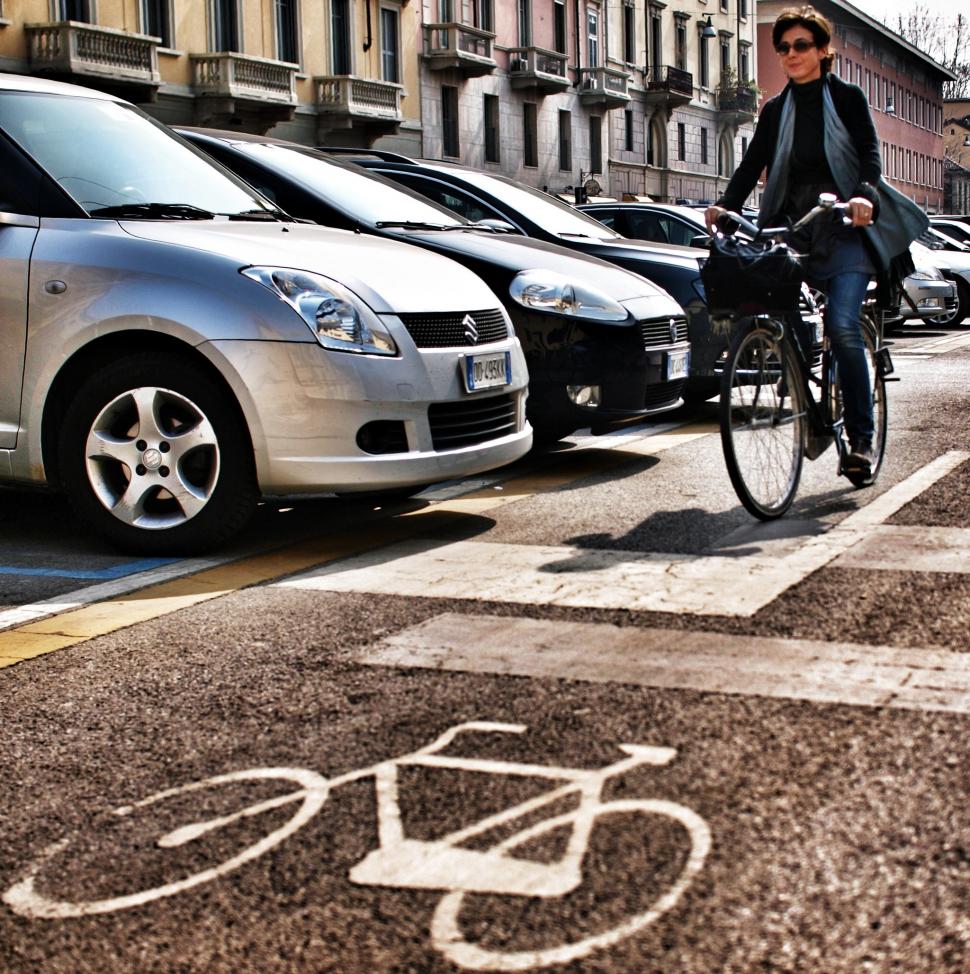 Sales of bicycles in Italy last year surpassed those of cars for the first time since World War II, it has been revealed. The news comes ahead of a conference on cycling and sustainable transport in Reggio Emilia this weekend that Italy's head of state hopes will lead to improvement in the lives of those living in Italy's major cities.

During 2011, some 1,750,000 bicycles were sold in the country, a 10 per cent increase on the previous year, while 1,748,143 million new cars were registered, down 20 per cent year on year and the lowest level since 1964, the sales figures reported ny a number of media outlets including the website, Today.

The ability of ordinary families to afford cars such as the Fiat 500 was one of the most tangible aspects of the years of Italy's postwar miracolo economico [economic miracle], which eventually led to what economists refer to as il sorpasso - the moment in 1987 when Italy's economic output became larger than that of the UK.

Very different economic factors are partly behind this latest sorpasso, one that not so long ago would have been unthinkable in the land of Fiat, Ferrari and Alfa Romeo.

Austerity measures introduced by Mario Monti's government are biting, while the price of petrol continues to head skywards, but according to newspapers such as La Repubblica that have reported the statistics, there's another reason too - Italians, it seems, have rediscovered the simple joy of cycling whether for getting to and from work or leisure purposes.

The news comes ahead of the launch of an initiative this weekend in Reggio Emilia of the Stati Generali della Bicicletta e della Mobilità Nuova [the Estates-General of the Bicycle and New Mobility].

The campaign is backed by Anci, the association that unites Italy's local councils, Fiab, the Italian association of frieds of the bicycle, the environmental group Lega Ambiente, and cycle campaigners united under the #salvaiciclisti banner, launched earlier this year and taking its inspiration from The Times Cities Fit For Cycling initiative.

Today, La Repubblica reported that a statement welcoming the initiative was issued on behalf of Italy's head of state, President Giorgio Napolitano, who expressed the hope that that this weekend's event would lead to measures "capable of significantly improvingthe lives of everyone in Italy's large cities."

Reggio Emilia, the city chosen to host the launch of the initiative and associated conference, which is expected to draw hundreds of people from around the country, has some of the highest levels of cycling in the country.

While other cities in Italy also have people cycling in numbers that outstrip those anywhere in Britain other than perhaps Cambridge, the existence of #salvaiciclisti shows that elsewhere there are concerns about the safety of cyclists similar to those in the UK, as outlined at a cycle safety debate hosted by La Gazzetta dello Sport in Milan in March.

Italy isn't the only major European country to have seen a collapse in car sales - a separate article from Today highlights that during the first eight months of 2012 they have also fallen in France, Germany and Spain.

Only the UK, with 3.3 per cent year-on-year rise in new car registrations of 3.3 per cent, bucks the trend, with EU-wide figures down 7.1 per cent during the same period.