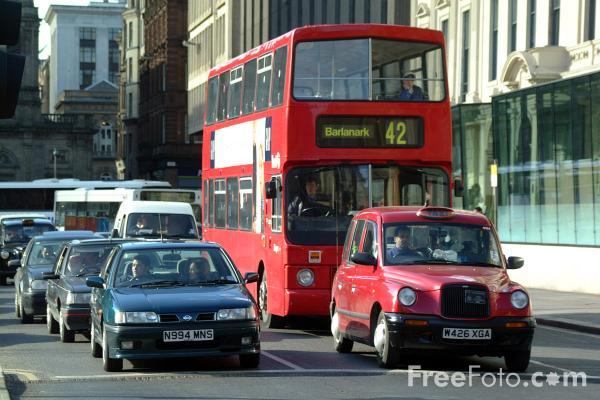 Glasgow has highest level of toxic pollution in UK

5th highest out of 400 European cities too
by Sarah Barth

Glasgow is the most polluted city in the UK, and the fifth worst in the whole of Europe, a new study shows.

Only ten cities, of which Glasgow was one, breached the limits for the harmful gas. Levels in Glasgow were 46.3 microgrammes per cubic metre, above the legal European limit of 40mg/m3.

Professor Jacqueline McGlade, EEA executive director, told the Scotsman: “European Union policy has reduced emissions of many pollutants over the last decade, but in many countries, air pollutant concentrations are still above the legal and recommended limits… [and] air pollution reduces human life expectancy by around two years in the most polluted cities and regions.”

WWF Scotland director Dr Richard Dixon said: “This report identifies that nitrogen dioxide is causing health problems for people in Glasgow and bringing forward their deaths. It is killing people.

“A congestion charge for Glasgow has been proposed before and is working well in reducing pollution in London. I would like to see it introduced here.”

Scottish Green Party leader and MSP for Glasgow Patrick Harvie said: “At the heart of the solution is providing reliable, clean buses and trains and safer routes for cycling and walking. We need to see a much greater sense of urgency from councils and the government.”

According to government information, nitrogen dioxide is pretty nasty stuff:

There is good evidence that nitrogen is harmful to health. The most common outcomes are respiratory symptoms such as shortness of breath and cough. Nitrogen dioxide inflames the lining of the lung and reduces immunity to lung infections such as bronchitis. Studies also suggest that the health effects are more pronounced in people with asthma compared to healthly individuals.

In recent years the average level of nitrogen dioxide within London has not fallen as quickly as predicted. This largely appears to be the result of diesel cars creating more nitrogen dioxide than was anticipated.

Nitrogen dioxide also reacts with hydrocarbons in the presence of sunlight to create ozone, and contributes to the formation of particles*.

*tiny bits of solids or liquids suspended in the air, that can settle in the airway and deep in the lungs and cause health problems.