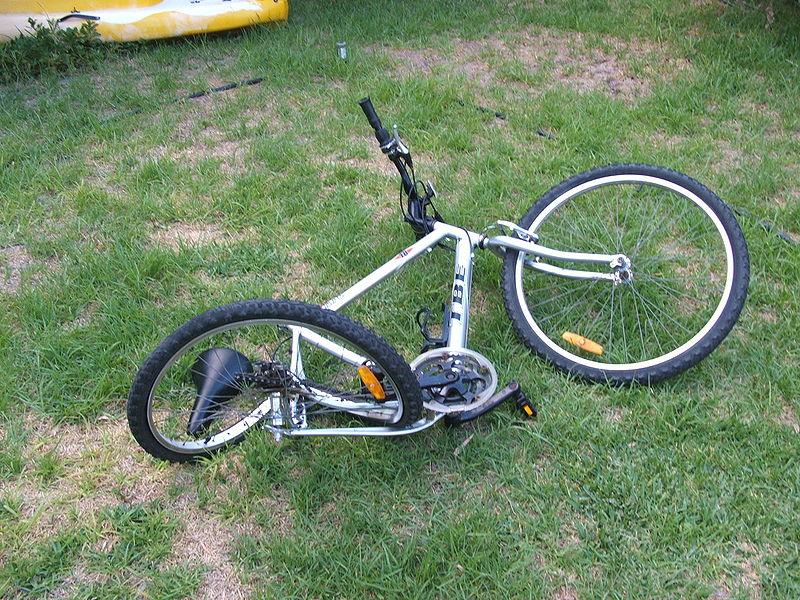 Bike vandalism in Brighton on increase?

Cyclists urged to get in touch with police
by Kevin Emery

A spate of bike vandalism incidents in Brighton and Hove has led to police urging cyclists to get in touch if they find their bikes have been damaged.

The sight of twisted bicycles with misshapen wheels and bent frames has become common in Brighton and Hove and, speaking to The Argus, a Sussex Police spokeswoman said: “We take vandalism to bikes just as seriously as damage to any other property such as cars and homes. It might not seem like a major thing to people and something that they wouldn't want to report to the police but we would urge them to do so."

But the spokesperson added: "However there is no suggestion that there has been an increase in vandalism."

Adam Pride, secretary of Brighton cycling group Bricycles Adam Pride is also worried about the vandalism. “There is a police initiative to stop thefts but as far as I know there's nothing to try and stop vandalism. There is quite an active anti-bike theft group in Brighton which involves the police, the council and other interested groups such as Bricycles.

“If someone sees vandalism they can report it to the police but quite often it happens when no one is around.”

To deter thieves and vandals, Sussex Police advise people to ensure their bike is secured with a quality lock and out of public view when not in use, and for more information on bicycle security and safety you can visit www.sussex.police.uk.

If your bicycle has been vandalised or stolen you should contact Sussex Police on 0845 6070999.

The problem has become a hot topic for discussion on the internet. Artist Jim Manson, 55, who works in Brighton, posted a picture of a vandalised bike and posted his feelings on his blog about the problem.

He wrote: “Even though I don’t ride now I still have a strong emotional attachment to bikes. Feeling this way means that working in Brighton is a day-to-day kick in the teeth. Because every single day I am forced to witness the result of a random and unprovoked attack against a bicycle.”